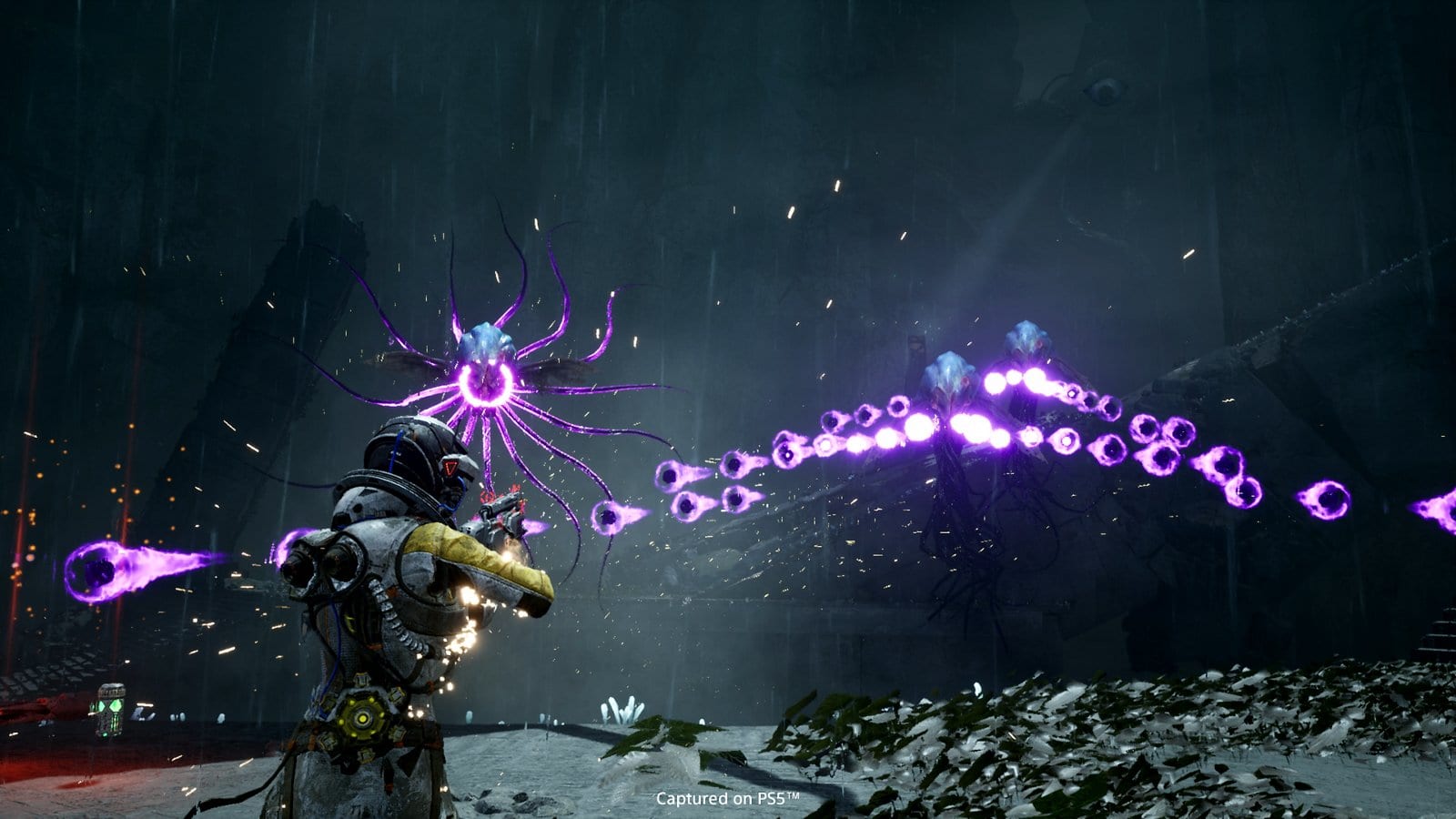 When it comes to Housemarque Games, the studio’s arcade pedigree is second to none. However, after infamously declaring the end of arcade, the studio is making a comeback with a reimagination of sorts of their legacy. Returnal, the upcoming third-person shooter that sends players on a journey to the shape-shifting world as Selene, will combine arcade gameplay with a cinematic narrative that differentiates this effort from anything else Housemarque has ever done.

Based on what we have seen thus far, there is plenty to be excited about. To help you get an understanding of why you should be brimming with anticipation, here are 5 reasons to be hyped for Housemarque’s Returnal coming this April 30.

The studio has been around for a long time, and suffice to say, the team has all the necessary skills and knowledge to deliver a top-notch action experience. The quality of titles like Resogun and Nex Machina has only seen the studio improve, and all of that will hopefully result in the best of the bunch yet with Returnal.

Most, if not all of the studio’s games have been experiences that anyone can pick up and play. However, dive deeper and you will usually find a game chock-full of wonderfully designed systems and gameplay mechanics.

Throw in strategic depth and plenty of replayability like what you can find in Resogun, and you know you are in for a good time. Housemarque has got that on lockdown, and it will be interesting to see how the team translates their ability into a new perspective.

As mentioned earlier, this will be the first big narrative adventure for Housemarque. A shapeshifting alien planet, remnants of an ancient civilization, and a heroine in isolation – it all makes for a great foundation to build out the story of Returnal. The mysteries of Atropos are there to be discovered, and Selene’s never-ending cycle of life and death will be key to that.

Housemarque has already showcased some interesting narrative techniques players are set to experience in Returnal. You might, for example, see visions of the future in sporadic cinematic cutscenes that allude to various plot points yet to come. So, too, might you witness manifestations of Selene’s past. There’s even an occasional shift of perspective to first-person in key scenes, which is designed to enhance the immersion during poignant moments. Certainly, it seems as though the studio is doing its absolute best to tell a story that is unexpected in different ways.

In the latest HouseCast, Narrative Director Gregory Louden emphasized the use of “The Cycle” in Returnal as a narrative device.

With death not being an option, Selene’s journey allows for the development team to “question how a character reacts to being in The Cycle, how does their mindset evolves, how they react to the world,” and perhaps more intriguingly, how “the world reacts to them.” There are many possibilities in how Housemarque engages players in the story while blending gameplay seamlessly within the experience.

Returnal Is a Roguelike

A roguelike design might prove a turn-off for some players, but nevertheless, roguelikes are getting the limelight in recent times. The likes of Hadeshas seen immense success, and Returnal is jumping on the same design imperative that seeks to coach players to learn through each and every death.

Selene is going through a journey, just like us, each time she explores the planet of Atropos. Players will acquire new powers and equipment, see a world that constantly changes (more on that later), and open up new areas for exploration.

There are upgrades to hunt down, bosses and enemies to vanquish, and other similar incentives in place to motivate players to grind and improve their performance. Every new run is designed to deliver a fresh take on an otherwise repetitive formula, and that bodes well for replayability with a real purpose.

The freshness and replayability of the game come down to how Returnal handles its ever-changing world. With each run set to be a different experience, the last thing you would expect from a roguelike is seeing the same things.

Housemarque has handcrafted the many environments you will see in the game, and the randomized nature of how it all comes together will ensure you will never have the same experience.

The 10 different weapon archetypes are not constant either. You can find new traits and variations that will dramatically change up how you play Returnal. The added element of Parasites — organic beings that grant both a buff and nerf to your character — will further add to the shifting systems in Returnal.

Everything is built to keep you on your toes, and that is a good thing.

Returnal Is Powered by the PS5

There is no getting away from it. For all the excitement that Returnal can bring to the table, it will not be a game for the latest console generation without some serious power behind it.

Thankfully, the PS5 has already demonstrated its capabilities with titles like Spider-Man: Miles Morales and Demon’s Souls, and Returnal looks set to take full advantage of the infrastructure.

The bullet-hell nature of the game appears to be enhanced by the power of the console, with movement and responsiveness both twitchy and fast. Being a PS5 exclusive, the visual quality of the game is impressive, to say the least. Stunning visual effects, the realism of a decaying world, and the sheer amount of things you see on screen are only possible on the new console.

Moreover, we can expect the DualSense controller to have some nifty implementations. The adaptive triggers let you switch instinctively between aiming down sights to alternative fire, while the haptic feedback adds another layer of immersion when experiencing actions big and small.

Hear the action from every direction thanks to the Tempest 3D AudioTech, be it bullets flying, enemies circling overhead, or unseen foes creeping up behind you. It all should amount to a feast for the senses.

The wait is not going to be that long. Returnal will arrive on the PlayStation 5 this coming April 30. Soon, we will all be able to see if it is worth the wait and all the hype.