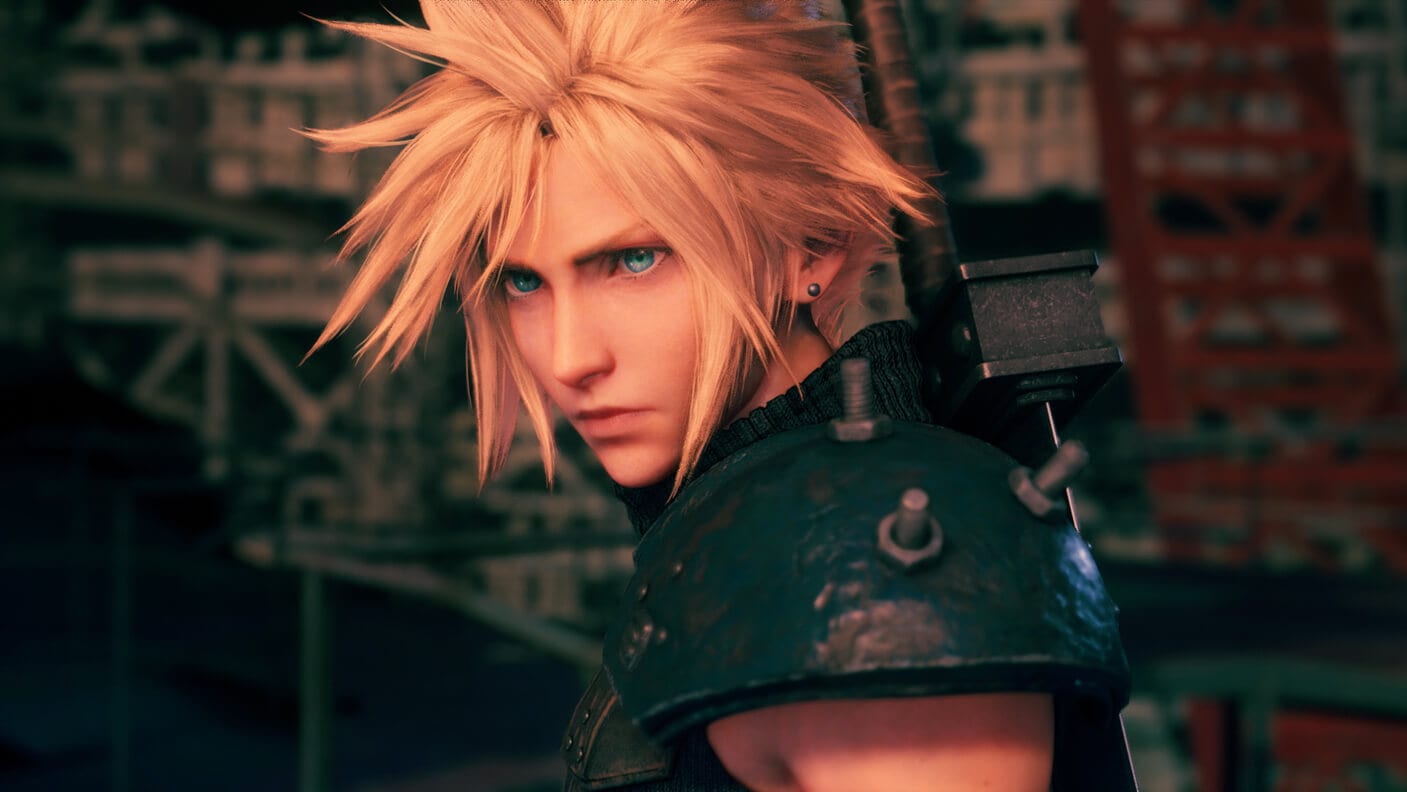 As players, we spend not only hours playing as a game’s main character but also years playing their franchises. As such, it’s easy to get caught up in loving these video game heroes, as they become an integral part of our daily lives.

If you start to think about it, though, some of our favorite video game heroes aren’t that great of people. These characters aren’t shown in a negative light and aren’t categorized as anti-heroes; they’re just your average run-of-the-mill video game main characters.

Yet, while we would never say that we hate these characters, it’s important to point out the fact that they may not be the pinnacle of morality. These are five video game characters who are actually kind of jerks.

Joel Miller – The Last of Us

While Joel is the main character of The Last of Us, he often isn’t the shining example of a video game hero or even someone who always does good. The Last of Us does a fantastic job of getting players to sympathize with its characters, which can often call for us to overlook all the wrong Joel has done.

He became a smuggler, and throughout the events of the first game, it’s heavily implied that Joel has killed a lot of innocent people to survive. At one point, Tommy even mentions how Joel would deceive people in order to steal from them, as well as the fact that his brother wasn’t above torturing others.

The game juxtaposes this by Joel having an emotionally impacting relationship with his pseudo-adoptive daughter, Ellie.

After losing his actual daughter, Sarah, early on in the game, we witness Joel’s reservations to care for Ellie at first. But as they travel, the two form an unbreakable and infectious bond you can’t help but love.

For every atrocity that Joel commits, he then has a heartwarming scene with Ellie. This still doesn’t justify that he kills many innocent people to keep her safe though.

These wrong choices eventually catch up with Joel, which causes the inciting incident in The Last of Us Part II. It’s easy to brush past all the bad things Joel has done, but he isn’t always a hero.

Some people like stoic characters that don’t show much emotion, don’t say much, and focus on themselves. Cloud Strife does all of these things but it’s always at the expense of his friends.

Where his party members are fighting to save the planet and the people they love, Cloud often says he doesn’t care or that he’s just there to get paid. There are plenty of times in Final Fantasy VII Remake where Wedge looks to Cloud for approval or even just a comment, and Cloud begrudgingly ignores him, making Wedge feel like a pest.

Even during the odd time someone throws Cloud a compliment, he usually brushes it off and acts apathetic towards said person.

People like Cloud for a lot of reasons; Jessie thinks he’s good-looking, Tifa grew up with him, Wedge thinks he’s cool, and Aerith is thankful for his constant help and protection.

This doesn’t make him a good person though, as he doesn’t do much to deserve praise rather than step into the line of fire during the battle, and that’s mostly because fighting is the only thing he is good at. Then there is his relationship with Barret

At the beginning of Final Fantasy VII, Cloud often clashes with Barret, who has an over-the-top and passionate personality.

This is because Barret loudly exclaims his desire to save the planet, whereas Cloud says it’s not his problem. Cloud isn’t there because he cares, he’s there because he wants money. He’s combative, awkward, and just doesn’t care about other people.

Cloud isn’t necessarily mean, but he’s not the best person to have around if you want to be comforted, and his apathetic nature comes off as being a jerk.

Catherine is a game about Vincent Brooks: a man who gets caught up in a love triangle, all while navigating his personal life. Foremost among his faults is that he is afraid of commitment and any form of confrontation.

As Vincent gets stuck between his girlfriend, who is pushing him to get married, and a new secret lover, whom he can’t seem to stay away from, our main character seems like he can’t catch a break.

The narrative pushes the fact that people sometimes steamroll over Vincent, but his lack of conviction is entirely his own fault, and it profoundly affects the people around him.

Vincent gaslights his girlfriend, Catherine, into thinking nothing is wrong with their relationship when there is. He cheats on her, and even though he’s not exactly doing it on purpose, he never flat out tells his new lover, Katherine, to stop.

The game has multiple different endings depending on your choices, but even the “good” endings still make Vincent a pretty crummy person in the end. He’s a character that continually runs away from his responsibilities, never communicating to his partners what he is thinking, leaving them in the dark.

Second-guessing and being torn between decisions is a normal part of anyone’s life, but Vincent refuses to make any decision, especially when other people are involved.

Geralt of Rivia – The Witcher

Geralt is a well-rounded character who can be pretty complex. He usually does what is right, but it doesn’t always work out in the end for him.

While Witchers are mutated beings who have been sapped of displaying emotions thanks to the ritual that turns them into a Witcher, Geralt can still be cold and apathetic to his fellow man and woman.

When faced with issues that don’t concern him, Geralt will openly let people know that it’s not his problem or won’t help unless rewarded.

Geralt has many friends and allies, but he isn’t always nice to them, often lashing out or pushing them away when he’s frustrated or in a bad mood. This is best exemplified by Geralt’s relationship with his best friend Dandelion.

Their whole relationship hinges on the fact that Geralt finds Dandelion annoying and a hassle to deal with, whereas Dandelion genuinely tries to help Geralt, even saving him from death often. In one specific quest, Geralt must play along with Dandelion’s ruse of saving a girl he loves from a bandit (the bandit being Geralt).

Geralt can instead make fun of and undermine Dandelion’s efforts, making him out to be a joke in front of the woman he likes. Their relationship often feels like Dandelion is giving a lot more effort and that he cares much more than Geralt.

He doesn’t stay pinned down when it comes to romantic relationships either, as he tends to sleep around. Picking between Yennefer and Triss is one of the most significant choices in gaming, but Geralt sleeps with a lot more women other than just the main two.

In fact, Geralt can even choose to try and sleep with both Triss and Yennefer at the same time. Unfortunately for him, this leads him to be chained to a bed all night, and not getting to sleep with either woman.

He’s free to do as he likes, but he often tells people what they want to hear to spend the night with them.

Geralt isn’t the worst when it comes to video game heroes, but he’s not the nicest and tends to be a colossal jerk, especially to people he doesn’t know. It’s one of his defining traits as The Witcher’s stoic hero.

You can’t be the God of War without murdering a ton of people and being kind of evil, but just because you aren’t a video game hero doesn’t mean you need to be a terrible father. The latest God of War explores this, taking a deep look into Kratos’s personality and relationship with his son, Atreus.

Atreus is a child brought into a world he knows nothing about and going on an adventure way too mature for someone his age. He has a child-like wonder while traveling through the realms and Kratos constantly just stamps it out.

Yes, the realms are a dangerous place, but Kratos is robbing Atreus of one of the most important aspects of childhood, just being a kid in general. He wants him to grow up, constantly be on his toes, stop asking so many questions, and stop being emotional.

Atreus hasn’t had the same life-altering horrors happen to him like Kratos has, so his father needs to stop treating him like the lifeless husk of a human that Kratos himself eventually turned into.

A lot of the questions Atreus has led to long, and hard discussions, but Kratos would rather avoid them and keep him in the dark. This all comes after Atreus’ mother has just passed away, a very raw time for any kid.

Kratos is clearly scared of anything bad befalling his son, just like what happened to his first family, but all he needs to do is be honest and open with him, not shut him down and rob him of his childhood.

It is undoubtedly Kratos’ fault that his son lashes out multiple times throughout the story, and why he often looks for his father’s approval despite never getting it.

Now you might be thinking. “but his family got murdered, so he’s just being careful and overprotective”. And while that’s a lovely justification, Kratos just isn’t the best person morally and he kills a lot of people. Like a lot.