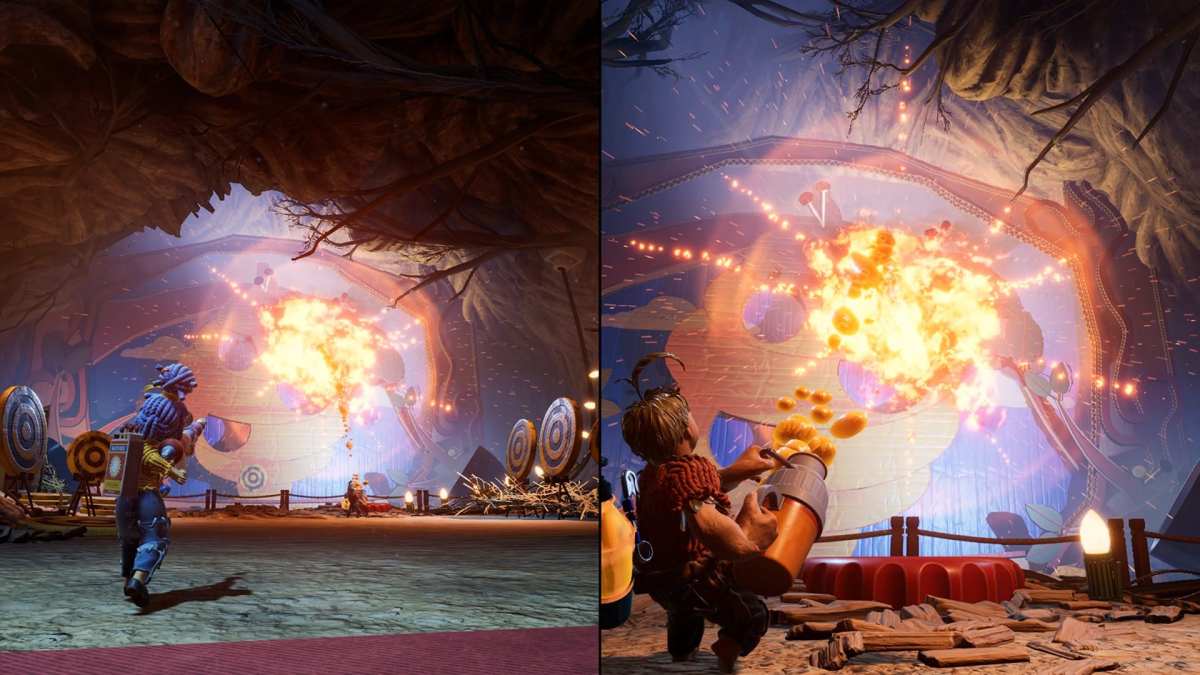 It Takes Two tells the story of Cody and May, a soon to be divorced couple that have had their consciousness transferred into small dolls. To get back to their bodies, they need to master combat, puzzling, and platforming. They can also have a bit of fun along the way, allowing you to get trophies and achievements. Here is everything you need to know about how to get the On Rails Experience Trophy & Achievement in It Takes Two.

You’ll unlock this in chapter 3, titled Rose’s Room, during the Once Upon a Time portion of the level.

As soon as you spawn, follow the train tracks until you come upon the train that runs on it, as it’ll be in different spots. Have one person board the train as the conductor and the other as the rider.

Ride this for a little bit and you’ll get the trophy. Keep in mind you’ll need to jump on the train as it is moving by pressing Y on Xbox and Triangle on PS4.

It’s a fun little achievement that showcases the magical co-op experience that this game has to offer. Aside from the train itself, there are tons of other props in the game that you can interact with along with your co-op partner, so it’s definitely a good idea to explore the environments as much as possible and see what else there is to discover.

That is everything you need to know about how to get the On Rails Experience Trophy & Achievement in It Takes Two. If you and your partner are still hunting for more help navigating the game’s bite-sized world, look no further than our official guide wiki.