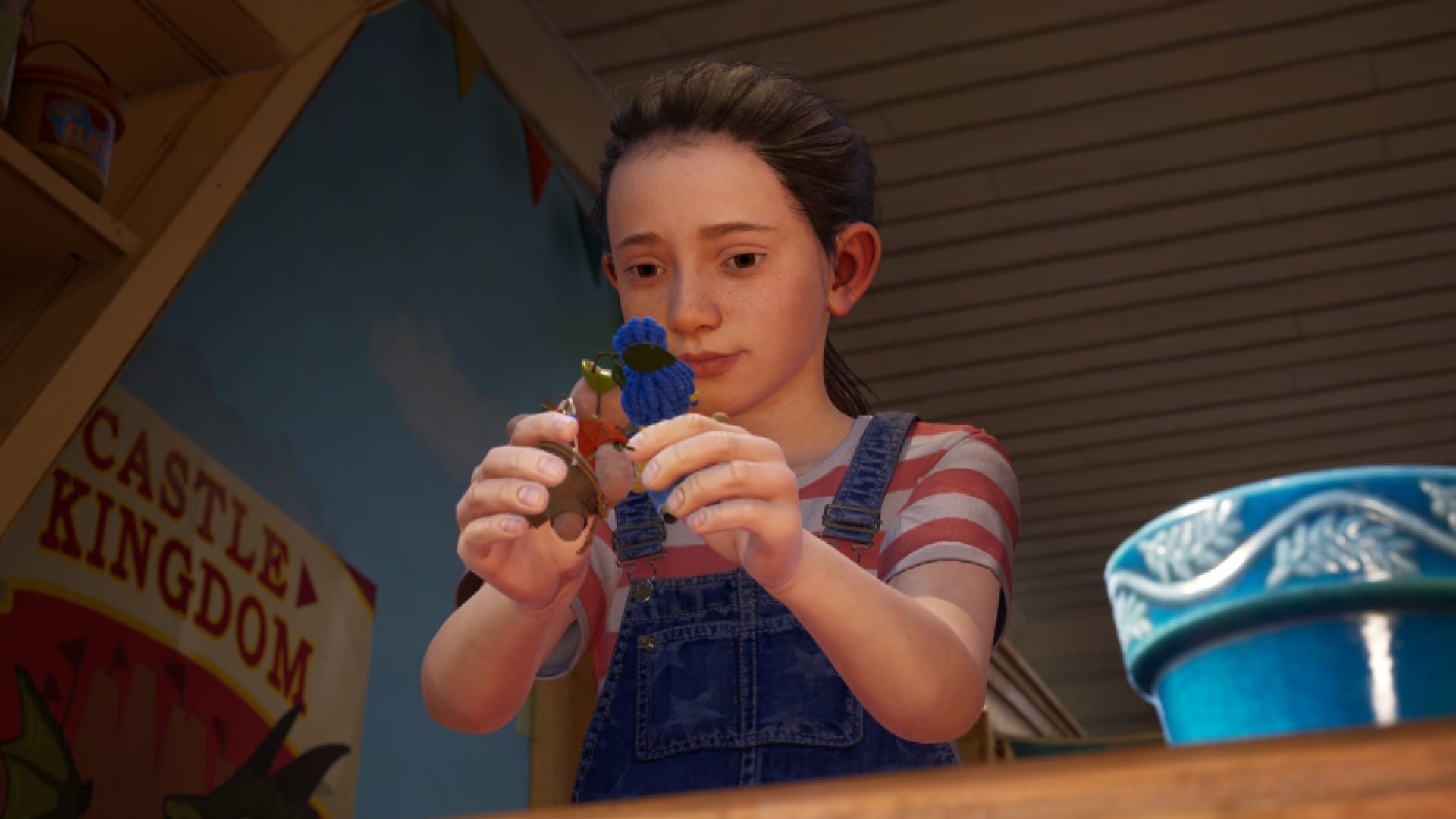 While it It Takes Two has a fair amount of platforming and puzzling you and your partner will need to figure out together, there are also a lot of challenging boss fights throughout the game. One boss that is sure to test your merit is the Moon Baboon in the game’s third chapter. Here is everything you need to know about how to beat the Moon Baboon in It Takes Two.

Just after Cody and May find out Rose’s wellbeing through the laugh tracker and worry watcher, they’ll be beamed up to a new room with a circular platform. Soon after they do, the Moon Baboon appears.

How to Beat Moon Baboon Boss Battle in It Takes Two

As soon as Moon Baboon appears, he targets May with his laser beam. To avoid this, May has to Dash in a wide circle by pressing X on Xbox and Square on PlayStation.

While May is distracting him, Cody has to find the circle with a red square boarder that is lit up and stand on it. When he does, a container will rise up below him.

When it does, May needs to direct Moon Baboon’s beam into the container’s path. Doing so will destroy it and damage his health.

After you do this the first time, a ring of lazers will burst from the ground and Moon Baboon will start shooting his graviton purge attacks. These are both pretty easy to avoid when you get the timing down.

Moon Baboon switches his focus to Cody next round, so just swap roles and repeat the same process. The third time this happens during this phase, he switches back to May.

When this happens, May will actually need to run up a wall located right behind the cylinder, as it is located higher up this time. When the beam hits it this time, Moon Baboon’s ship will crash.

Run over to the ship with May and Cody, have Cody get big, then press Y on Xbox and Triangle on PlayStation to have him pick up the ship. May will then pull the lazer off to begin the next phase.

Rockets will now follow May and Cody, but they shortly run out of gas after being fired, stopping in place on the ground. Both characters can mount the downed rockets and fly them right into Moon Baboon’s ship.

You’ll eventually down him again. Instead of getting big this time, Cody has to shrink and go into the panel on the back right of the ship. This sends him to a completely new area, tasking him with pressing the eject button.

Inside, he’ll need to time his platforming to avoid electricity traps, turning platforms, crushing traps, and more lazers. While Cody is navigatign all of this, May also has to avoid the ship’s ground pound and the lazers that circling the ground as well.

Cody will eventually reach an eject button that he has to ground and pound. Once he hits it, the boss battle will be over.

And that is everything you need to know about how to beat the Moon Baboon in It Takes Two. If you’re still looking for more info on the game, head over to our wiki or check out more of our coverage below.