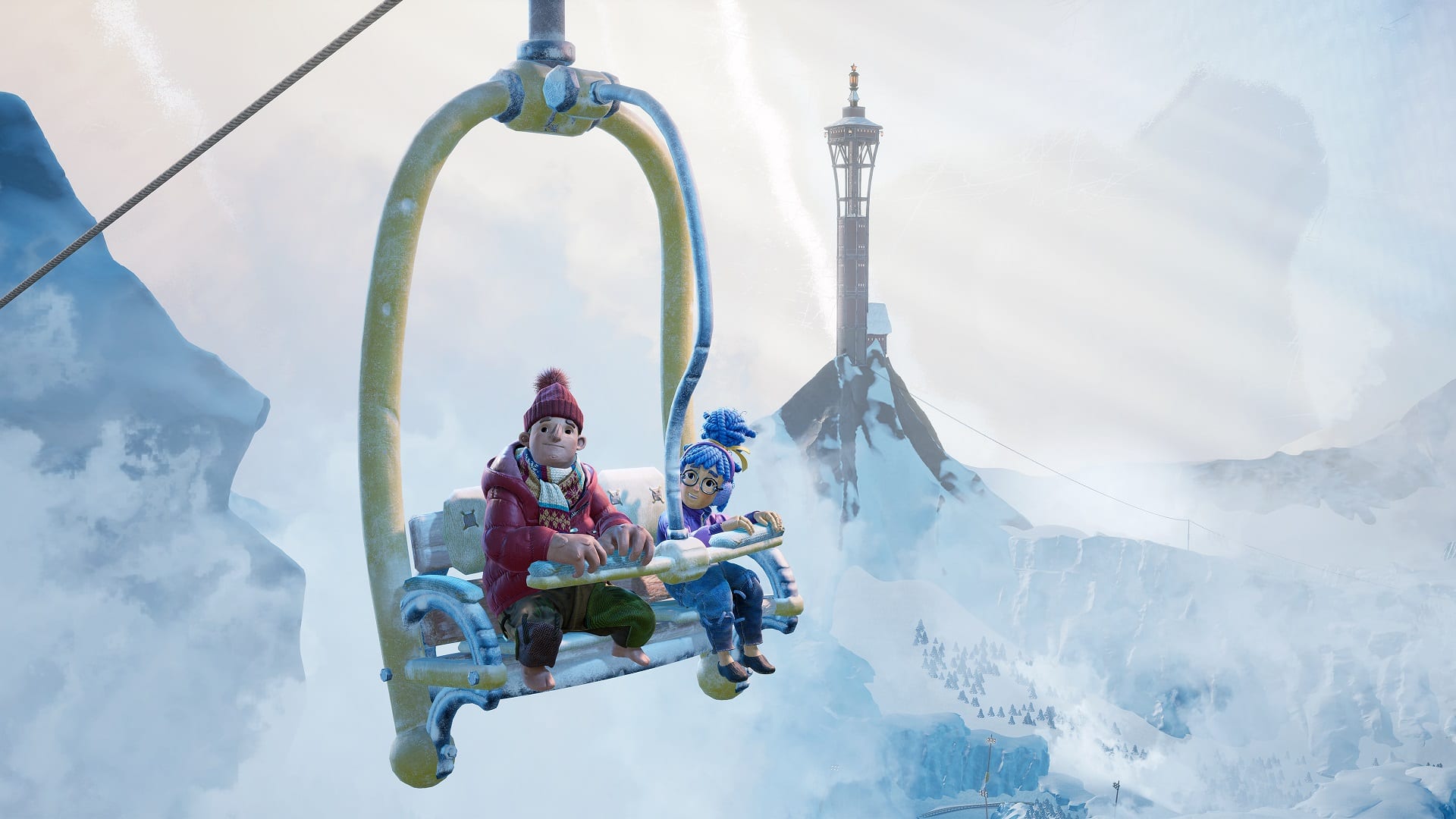 It Takes Two on PS4

It isn’t too often that I can convince my casual gamer friends to sit down and play a co-op adventure with me that doesn’t solely revolve around shooting or sports. That all changed with Hazelight Studios’ It Takes Two.

It Takes Two follows the story of Cody and May, a couple struggling to raise their young daughter, Rose. Due to the stress of work and the pressures of parenthood, the two have decided to separate.

After Rose hears this, she escapes to her room, wishing that her parents would stay together as her tears fall on the two dolls she hand-made of them. Moments after the tears hit, Cody and May now find themselves transported into their doll counterparts.

The couple must now work together to make their way back to Rose, taking them through seven different Honey I Shrunk the Kids-like dreamscape levels. Right off the bat, you can tell that a lot of creativity and imagination went into designing each of these environments.

Whether it is the handyman, tool-heavy atmosphere of The Shed, or the chilly tundra of the Snowglobe, each level has a lot of hand-crafted details that really make them feel alive. Level design in general throughout It Takes Two is pretty impressive, as each one has its own unique hook gameplay-wise.

One level, Cody can grow larger or smaller, while May is able to walk up, down, and upside-down on specific surfaces. In another level, May can make and control clones of herself, while Cody can manipulate time.

While this may sound like it could muddy the waters and make gameplay feel confusing with each new level, the basic controls and formula overlap well enough that it never feels like a deviation control-wise. Sure, you’ll need to learn how each skill is different from the previous level, but the approach you’ll take to the puzzles, platforming, and combat that are home to the game doesn’t vary that drastically.

It also really helps that every aspect of gameplay is a blast to play, especially when you’re enjoying it with another person. Just like with A Way Out, Hazelight Studios’ decision to make It Takes Two mandatory co-op was a brilliant move.

In doing so, the developers made it so that they could design the game to be pin-point and reactive enough timing-wise that only two people playing it together could pull successfully pull off the trickery gameplay elements.

For example, there is a segment where Cody has to fire nails to lock in platforms that May needs to jump on in order to progress. Since he only has three nails, though, he has to pull some of them back to be able to open new ones.

That means that he has to pull out nails from the platforms that are currently in use. This gets a little difficult when one of the ones you need to pull from is the one May is standing on.

Due to how this whole thing is formatted, you literally have to count down with your partner to successfully time and navigate this section. While this may be frustrating for some, there was nothing more satisfying than completing puzzles like this with my partner, something that just couldn’t be replicated with an AI counterpart.

The only thing that I enjoyed doing even more than solving these puzzles in co-op was finding and competing in the mini-games spread throughout each level. Pretty much every one of these fun little side games was a blast to play.

My favorite part was always when Cody and May were pitted against each other, resulting in some friendly competition between you and your partner. Yes, some of them are a bit more unbalanced than others (looking at you Wack-A-Cody), but each game was always a highlight, especially since you could go back and play them again any time after unlocking them.

If I had one gripe about the game, it would probably just be that I didn’t really relate too much to Cody or May, even as a child of divorce myself. A good part of the game simply revolves around them blaming or gaslighting one another for the mistakes that were made, while an annoying love-coach book tells them they simply need to love each other.

This wouldn’t have been as much of a problem for me if there was any
pre-established context as to why we should like these characters or root for them to stay together in the first place. At the start, we have no idea why they got together or if they even like each other and instead are immediately greeted with why they don’t work together.

This leaves a pretty bad taste in your mouth regarding their relationship right off the bat that is pretty difficult to overcome. Even a small montage of their relationship at the start of the game would have been better than nothing.

Instead, it feels like the game wanted me to root for them based solely on the notion that it would make their daughter happy again, and that isn’t the best message.

Still, there is plenty of banter between the characters that is funny, making their relationship at least manageable. So, in the end, this gripe really doesn’t take away much from the game’s strengths.

And it is those strengths that make It Takes Two a must-play for anyone that wants an amazing co-op experience this year. The game’s refreshing gameplay loop and heavy focus on cooperation and timing results in some of the most satisfying puzzling, platforming, and combat I’ve seen in a very long time. 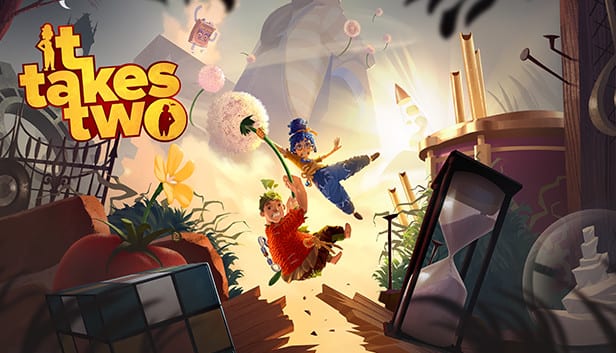