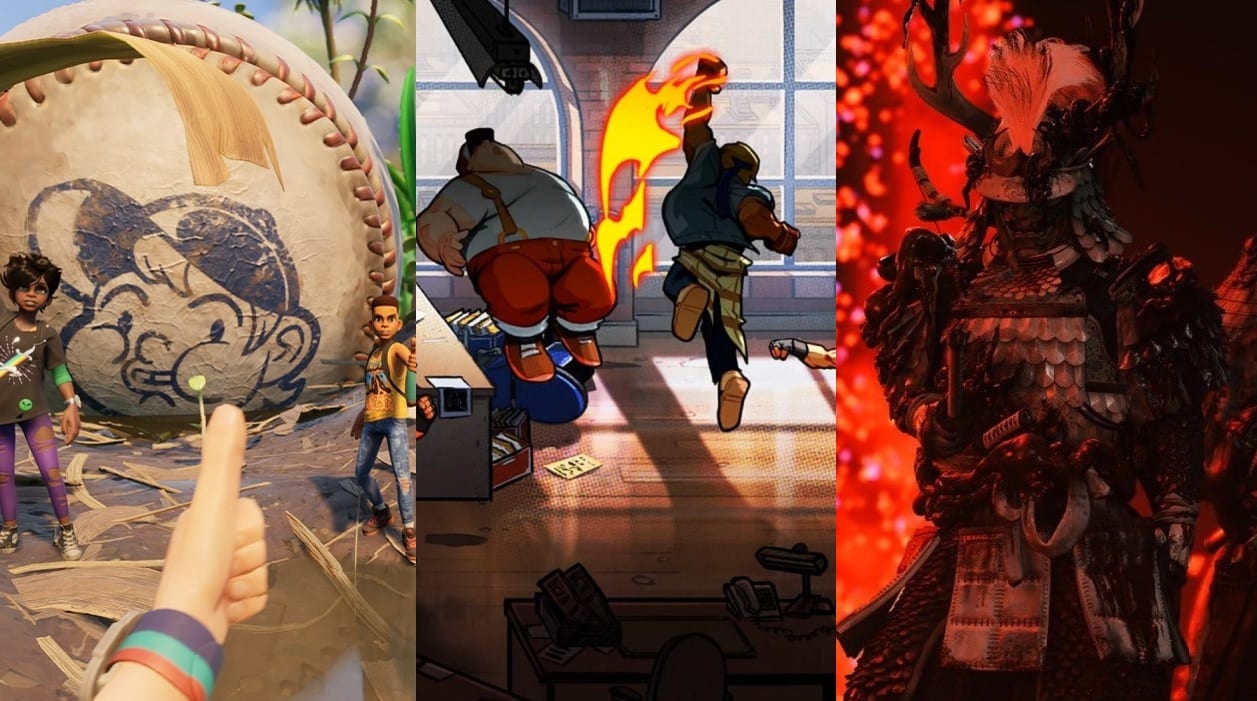 Award season is upon us here at Twinfinite, which means we get to honor some of the best games of the year! Let’s take a look back at the best co-op games of 2020.

Voted on by our editors, the following were the best games released this year where you worked together with others to overcome obstacles or just have some general fun. We will start with an honorable mention, and then our highest voted titles will receive the honors of runners-up and, of course, overall winner!

Guides Editor Chris Jecks: I don’t think anyone really saw Obsidian Entertainment bringing a game like Grounded to the table before its announcement at XO19 in November 2019.

After all, Obsidian’s known for gritty, in-depth RPGs like Pillars of Eternity (and its sequel), The Outer Worlds, and Fallout: New Vegas way back when. Yet, when it released in early access in July of 2020, we got a zany, 90s-themed survival game that saw players shrunk down to the size of an ant as they overcame the obstacles and dangers of the backyard.

Playing the game solo, I honestly wasn’t the biggest fan. I’m not a survival aficionado and the many critters that had made the backyard their home kicked my ass over and over.

Team up with a group of friends, however, and the game comes into its own a lot more, allowing you to pool your resources together and beat seven shits out of a soldier ant simultaneously.

Uncovering the various secrets and areas of the backyard is just so much more enjoyable when you’re not constantly stressing about straying too far from your base with no back-up, and banding together to create a mega base among the towering blades of grass with your pals just feels right.

Getting creative with your friends in Grounded’s co-op mode yields just as much fun, too. See who can make the best base, challenge one another to a gauntlet of spiders and soldier ants, or just take on the story quests with your own modifiers and challenges thrown in to make things that little bit more interesting.

Grounded’s still in early access, and there are more quests, features, and other content coming in the future to keep you and your tiny pals perusing the backyard for hours on end. Just, please… no more spiders!

Staff Writer Andrew McMahon: Animal Crossing New Horizons was the saving grace of hardcore and casual gamers alike in 2020. Not only did this life-sim distract them from the outside world, but it also helped many fill the social void that occurred due to quarantining and staying inside.

At the height of the unknown for this pandemic, there was no better distraction than going to a friend’s island to see their set up or trying to trade with them. Thanks to social media, plenty of people even visited stranger’s islands to get a good deal on their special turnip pricing.

If you need any further convincing on just how big of an impact Animal Crossing New Horizon’s co-op had when it came to socializing for gamers in 2020, look no further than Twinfinite’s own staff.

This game’s stock market-like turnip pricing system was so entrancing and addicting that an entire slack channel was taken over at Twinfinite and devoted to talking about bell prices.

Staff Writer Andrew McMahon: I’ll admit, my expectations for Ghost of Tsushima Legends were considerably low when it was first announced in Summer 2020.

While the single-player experience boasts amazing gameplay and a beautiful ambiance, those successful elements aren’t necessarily guaranteed to translate well into a co-op environment.

Thankfully, Sucker Punch knew exactly what they were doing in Ghost of Tsushima Legends, as they managed to carry over the fun from single-player while also crafting compelling co-op gameplay for this DLC.

Each of the mode’s four classes plays well off each other, containing their own special advantages and abilities that are slight variations of Jin’s own skills in the single-player story mode. Thanks to the similarities in gameplay, Ghost of Tsushima Legends is easy to jump into if you’re familiar with them from the base game.

Some of the most fun I’ve had gaming this year is hopping into a 30-minute session of survival and picking off Mongolians from up high as a Hunter or Samurai.

Here is hoping that other titles can learn from what Sucker Punch was able to accomplish so that we can get other games with co-op experiences we might never otherwise have expected.

Editor-in-Chief Ed McGlone: Don’t underestimate the power of the classics. While many developers (admirably) spend a lot of time trying to come up with never before seen ideas for their games; bashing enemies with a buddy just using a few buttons really never gets old.

This is especially true in Streets of Rage 4, which has successfully brought the classic Genesis beat-em-ups to the 21st century.

There’s nothing in Streets of Rage 4 that is so incredibly groundbreaking. Instead, the developers resurrected a gameplay style that’s familiar within the genre, but has a feel that is unique to the Streets of Rage franchise.

They started with that concept, improved on it, and delivered it to a fanbase eager for its return. The result is an excellent game that can be played with a friend the entire way through.

Everything you can do in Streets of Rage 4 can be played with friends. Up to four players on the couch or two players online. There’s a wealth of characters to choose from, both retro and new, each with their own unique strengths and weaknesses. While you’ll be working together to complete the game of course, you can still compete for bragging rights with high scores as you go along.

Really the only thing that would have put Streets of Rage 4 over the top would have been combo co-op (online/local) and maybe some co-op moves. Fortunately all that means is even while being a top tier co-op game of 2020, a potential Streets of Rage 5 can achieve even greater heights.