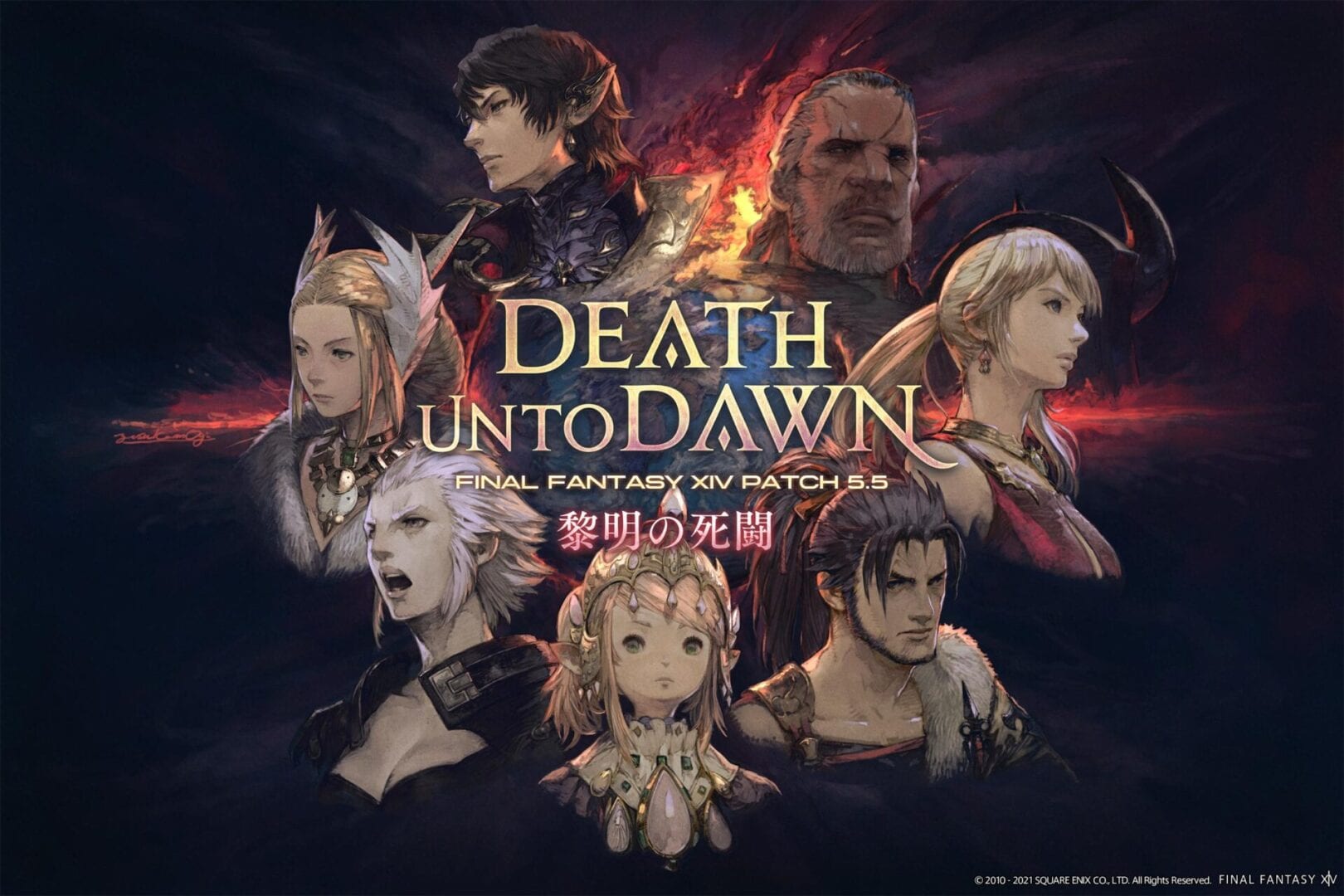 Final Fantasy XIV is soon going to get a new update numbered 5.5 and titled “Death Unto Dawn Part 1” and today Square Enix released a new batch of screenshots.

The screenshots showcase elements of the new patch including the continuation of the main storyline, a new dungeon (and the new gear you can win), and the new chapter of the Chronicles of a New Era saga.

The Scions have finally succeeded in discovering a cure for tempering, which should prove instrumental in allowing the Eorzean Alliance and the land’s beast tribes to settle their differences. Prospects of peace may soon fall to ruin, however, as Fandaniel and the Telophoroi scheme to recreate the Final Days, and ominous towers rise in all corners of the realm. With the servants of chaos amassing at every turn, will the Scions uncover their plot before it is too late?

Though the herding of livestock keeps the nomadic Amalj’aa constantly on the move across the sweeping plains of Paglth’an, the permanent settlement of Zolm’ak offers respite for the weary and a venue for gatherings both political and social. Yet without intervention, it may not long be so…

The Sorrow of Werlyt

With adamantine armor and a beating, blood red core, the Diamond Weapon is the culmination of countless sacrifices and untold suffering. When the ultimate triumph of the VIIth Legion’s monstrous Weapon project descends upon Werlyt, who will be saved, and who shall fall?

Square Enix also shared many more details about the upcoming 5.5 update a little while ago.