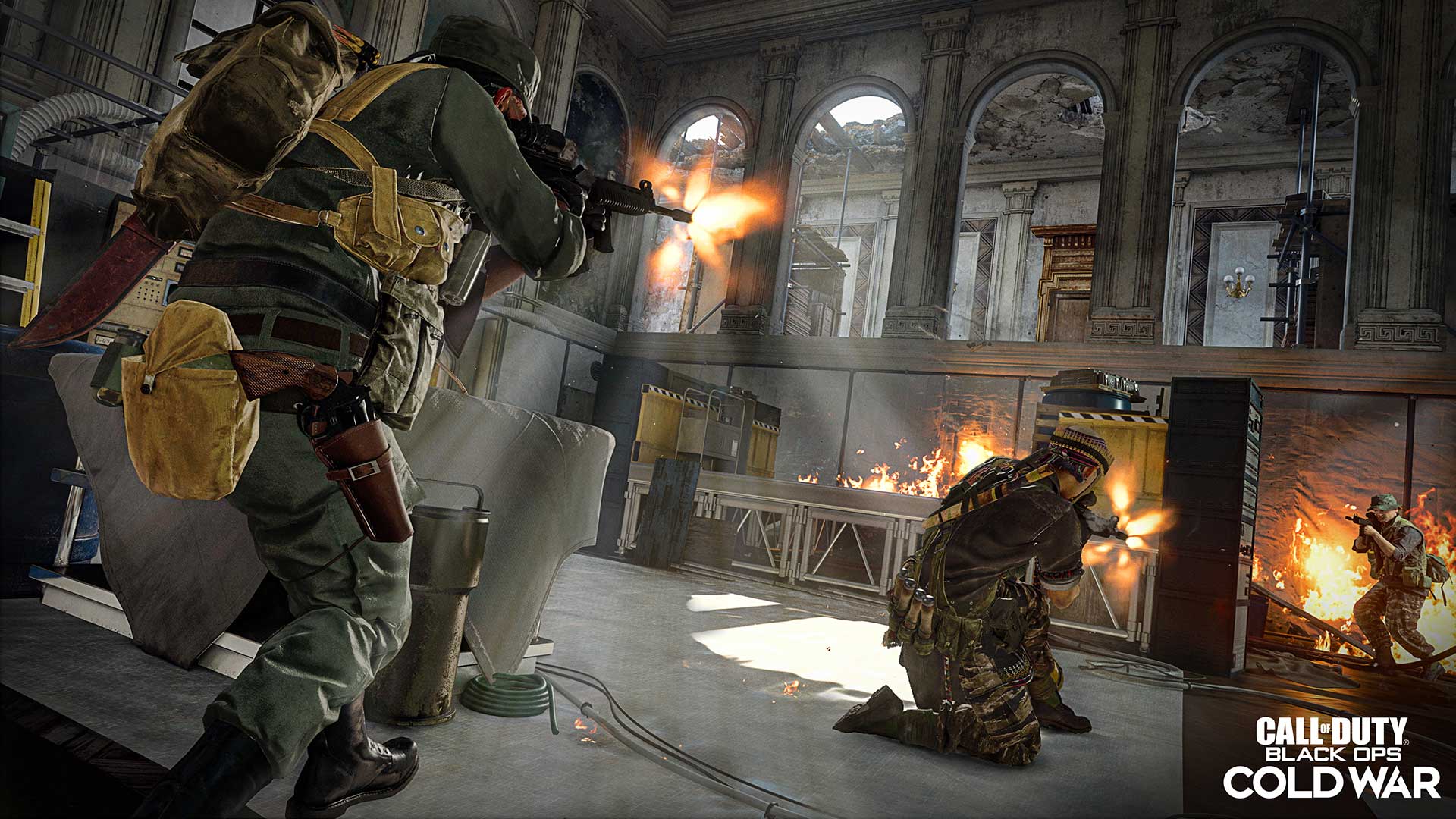 Specific updates for both titles are already live and available to download. Let’s get into what’s been added in the latest Season 2 Reloaded patch.

Three new maps have been introduced in the Season 2 Reloaded update.

Firstly, there’s a 6v6 competitive multiplayer map called Miami Strike, which is a neat twist on Miami. Overall, it’s a smaller map than its counterpart. And, like other strike map variants, the night has been hot-swapped with the day, which means that the action on the Miami Strike map is much brighter and easier to see.

Next up, there’s the addition of the more compact 2v2 and 3v3 map Mansion, which joins the Gunfight and Face Off map rotations.

Lastly, we have Golova, which is a larger location designed for multi-team battles. This newly added map has been lifted from Outbreak and is now available in Fireteam mode.

A few new modes have been added in the Season 2 Reloaded update.

First of all, a new Multi-Team Hardpoint has been introduced pitting 10 squads of 4 against one another for multiple hardpoints at the same time.

Next, there are new Prop Hunt maps and props at launch, with Miami Strike and Satellite joining the rotation of maps.

Finally, the mid-season update brings a new region to the Zombies’ Outbreak map. Dubbed the Sanatorium, it’s a spooky location that takes place entirely at night. Furthermore, Sanatorium even has a new secret objective which tasks you with killing zombies in a circular zone, some new intel for players to discover, and a new dirt bike vehicle to help you get around the map.

Two fresh-faced operators have been introduced in the Season 2 Reloaded update.

Terrell Wolf joins NATO at launch, and Karla Rivas joins NATO mid-season. These soldier skins are available as premium DLC from the store, and can be used in both Black Ops Cold War and Warzone.

Meanwhile, a new weapon – the ZRG 20mm sniper – arrives later this season, too. This new sniper rifle has a higher bullet velocity than any other, and has a super fast reload speed. It can kill with a single shot to the head, chest or shoulders and is designed for extremely long ranges.

You can unlock the ZRG 20mm sniper by completing its in-game challenge or by buying the Jackpot Sniper bundle from the store.

But that about wraps things up for our breakdown of Activision’s latest Season 2 Reloaded update. For a roundup of balance changes and fixes, go here for the official patch notes for Black Ops Cold War Season 2 Reloaded.

And for more on Call of Duty: Black Ops Cold War and Warzone, be sure to check out our in-depth wiki guide or search for specific guides on Twinfinite.