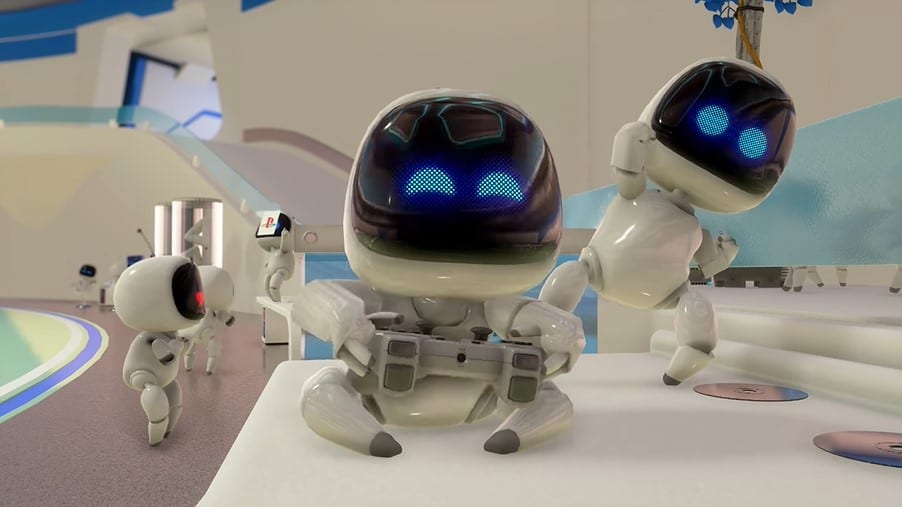 If you’ve ever fancied yourself as a bit of a platinum trophy hunter, then you’re probably familiar with spending an unfathomable amount of time tapping mayonnaise jars, running over chickens, or collecting pointless knick-knacks (Don’t worry, no judgement here!)

But did you know, there are plenty of fun, easy-to-unlock and respectable platinums out there that don’t require you to take a cold shower afterward? In fact, if you’re looking to boost your trophy cabinet but would prefer to keep some semblance of street cred at the same time, we’ve got a handy list of suggestions that may help.

So, come join us as we dive into the world of bronze, silver and gold, while we go on the all-important quest of amassing as many pieces of virtual silverware as we can without mentioning the cursed words of Hannah Montana on PS3. Let’s get into it!

Toby Fox’s 2015 breakout PC hit is not only a love letter to those beloved 8-bit RPGs of yore but it’s also one of the funniest and emotionally rewarding stories in video games ever. Period.

Add in a super catchy soundtrack, some wonderfully inventive bullet-hell gameplay, and a myriad of memorable characters that’ll put a smile on the most curmudgeonly of gamers’ faces, and you have a straight-up classic that revels in breaking the fourth wall like a wrecking ball to your TV screen.

While you’ll have to get to grips with Undertale‘s unique combat system and spend a bunch of time donating money to the in-game Dog Shrine, this plat is an absolute cinch.

To be honest, you can actually unlock the platinum trophy before even beating the game. Plus, you won’t need to finish the more challenging pacifism run to get your mitts on that shiny new silverware, either. Now that’s what we call a cakewalk.

Who’d have thought that the free pack-in game for the PS5 was going to be such a surprise hit? Yes, it’s safe to say that the titular pint-sized hero is fast becoming Sony’s go-to icon, and it’s easy to see why. You see, Astro’s Playroom is currently PS5’s most charming and unabashedly fun 3D platformer you can play right now.

Not only that, though, but the game’s also an awesome showcase for the PS5’s new DualSense controller. That’s right, thanks to next-gen haptic feedback, you’ll be able to “feel” the texture of water as you wade through it, for example.

Honestly, it’s hard to put into words how much of a game-changer the DualSense really is — it’s far easier to simply experience the magic for yourself. Nevertheless, Astro’s Playroom is undoubtedly the perfect accompaniment to Sony’s latest controller, and it’s a thoroughly enjoyable platinum to boot.

Much like a blank canvas, Mojang’s wildly popular create-‘em-up is a symbol of freedom, creativity, and, well… exploding green critters. Sure, it may be over ten years old, but Minecraft continues to receive free, brand-new updates even to this day. Plus, it also boasts a super fun and fairly easy platinum trophy as well.

While trophies can only be earned in Survival mode, the majority of the list is straightforward enough to obtain, especially if you toggle the difficulty down to Easy. That said, the main trophy that’ll likely prove the most challenging is On A Rail which tasks players with building a 500m long railway track.

Yes, it can be pretty time-consuming, but if you can rope a friend in for the ride, you can cut down the grind significantly. Well, they do say teamwork makes the dream work, right?

Tales From The Borderlands

To be frank, if you’d told me that Tales From The Borderlands was going to be one of the funniest video games I’ve ever played, I would’ve probably had you committed.

I mean, judging by Claptrap’s cringe-worthy quips in Gearbox Software’s mainline efforts, I was expecting the humor to fall flatter than a Skag-shaped pancake. Thing is, after actually beating it, I can genuinely vouch for it as one of the funniest video games I’ve ever played. Go figure.

Not only is it a bonkers rollercoaster ride brimming with humour and action, but it also features a pretty painless platinum trophy, too. In fact, like other Telltale titles out there, you’ll just need to beat the main story to nab this plat for your collection.

The fact that over 70% of PS Vita players have already acquired the platinum trophy for this game should demonstrate how gosh darn easy it is. Of course, that high completion rate is also likely thanks to Reverie being an incredibly fun Zelda-like.

Indeed, much akin to those whimsical childhood adventures you dreamed up as a kid, Reverie is a wonderful celebration of New Zealand’s fascinating Maori legends and laidback culture. From its colorful 16-bit pixel-art to its relaxing pick-up-and-play feel, there’s plenty to love in Rainbite’s charming 2D action-adventure experience. Kia ora, mate!

If you’ve ever had a hankering to shoot fireballs from your fingertips (I mean, who hasn’t?), then Sucker Punch’s PS4 debut is the title for you. Yep, this pyromaniac power fantasy is a great way to let off some steam, while also adding an easy-breezy plat to your virtual trophy cabinet.

Granted, you’ll have to beat the main campaign twice, but by virtue of its cleverly implemented karma system, both runs will feel really distinct from one another. After all, not only do good and evil playthroughs reward players with unique superpowers, but the overall story and endings are completely different, too.

Who would’ve thought that dropping random objects into a hole would be so damn satisfying? That’s right, Ben Esposito’s vibrant and psychedelic puzzler is a world begging to be, well, swallowed up whole.

Add in a gleeful sense of humour, a handful of cheeky anthropomorphic characters and a super chill soundtrack, and you have all the makings for a unique and memorable puzzle experience.

Platinum-wise, you’ll just need a couple of hours to unlock everything Donut County has to offer. However, it’s thankfully a relaxing, playful and funny adventure that proves that hoovering up your troubles and dropping them into a big blackhole can be just as cathartic as it sounds.

When I think of Life Is Strange – and I do think about it quite a lot – what strikes me is how well realised the characters at the heart of this time-bending teen drama really are.

Of course, Max and Chloe’s touchingly intimate relationship shines through the brightest. But it’s also in the smaller interactions, like Max’s ongoing disconnection with her loving mother and Chloe’s mysterious friendship with the rather enigmatic Rachel Amber.

In short, this narrative-driven adventure is an incredibly memorable, meaningful and emotional one. And it’s a platinum that’s absolutely worthy of your time.

Queasy Games’ harmony of music and platforming is an audio-visual delight that manages to hit all the right notes.

Not only does the soundtrack feature exclusive songs from the likes of Beck, Jim Guthrie and Deadmau5, but it also marries these melodies into its core gameplay loop in surprisingly clever ways.

While the platinum trophy requires a touch more skill than some of the other entries on this list, Sound Shapes is a wonderful one-of-a-kind experience that confidently marches to the beat of its own drum.

Despite its mixed response with the critics, I’ve still got a massive soft spot for Ready At Dawn’s gritty retelling of the Knights Of The Roundtable.

Indeed, not only is The Order: 1886 one of the best looking games I’ve ever played, but it’s also some of the most authentically interesting world-building I’ve had the pleasure to experience.

It’s short. It’s punchy. And it could’ve benefited with having a wee bit more variety. But it’s still a fun, easy and memorable plat to add to your collection. Here’s hoping Sony gives a sequel the greenlight one day.

And that about wraps things up for now. But tell us, have you platinumed any of the games on this list? Do you have any other recommendations that you’d like to add? Or do think that trophy hunting is just a waste of time? Collect those knick-knacks in the usual place down below and let us know!