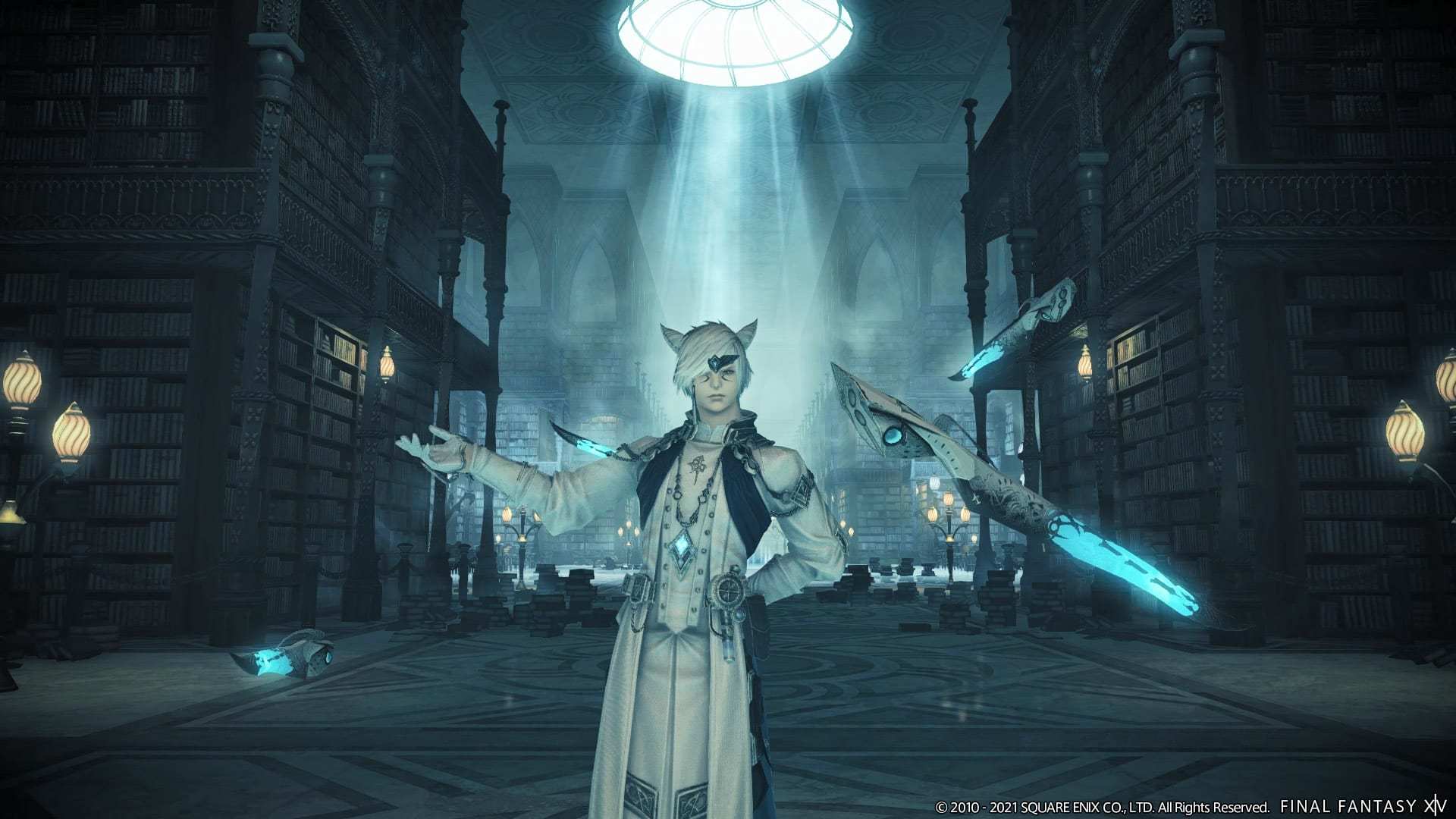 Final Fantasy XIV’s unveiled its latest expansion, Endwalker, the other day, and with it, one of the two new jobs that are planned: Sage. Depending on how up you are on Final Fantasy history, Sage should ring some bells. It’s a job that does have a history in the franchise, it’s not a new job, but the FFXIV version does appear to be a departure from how the job has been depicted in the past.

Let’s look at the history of the Sage job in Final Fantasy, focusing on numbered games and ones that have a clearly defined job system, and see if it can give us any guidance on what to expect in FFXIV.

In Final Fantasy III, we see what would end up being the blueprint for the Sage job for most of its appearances. The Sage is able to wield all magic and is an ultimate mage of sorts, but it has a key flaw that holds it back from just completely overshadowing other mages.

It can cast White, Black, and Summon Magic, but it has a smaller MP pool, which means it has to be selective and cautious about what spells it chooses to use in a long battle.

Unlike Red Mage, which has a similar role of being able to cast both White and Black Magic, the Sage has very limited physical capabilities.

Final Fantasy XI fans may be thinking that the Sage seems similar to the Scholar in that game, and you’d be correct. The Sage and Scholar, outside of Final Fantasy XIV, which we’ll see, are often depicted quite similarly.

Final Fantasy IV doesn’t have a strict and defined job class system like Final Fantasy III ,but the playable character, Tellah, is generally considered to be a Sage.

Like Final Fantasy III, Tellah is eventually able to learn high-level White and Black Magic but is held back by a smaller MP pool.

Final Fantasy Tactics Advanced & A2: Grimoire of the Rift

Like in Final Fantasy III, the Sage in both these games feature a mage that has power in both White and Black Magic, but has a critical flaw. However, in this game it’s not MP that’s as major a problem but, instead, it’s its speed that is an issue. It will take a while for Sage to be able to act, so it needs to be very aware of upcoming actions.

Finally, just to hammer the point one last time, Final Fantasy Explorers’ Sage once again is more or less the same that we have seen in previous games.

It, you guessed it, had the ability to cast both White and Black Magic, but is physically extremely frail. It’s slow, its defenses are terrible, and it has no physical prowess whatsoever.

At the moment, not too much else is really known about the Sage other than that it’s going to be a barrier-focused healer, like the Scholar is in Final Fantasy XIV.

Needless to say, the Sage in Final Fantasy XIV is a major departure, to the point of being almost unrecognizable.

In no major iteration of it has the Sage ever been a dedicated healer, it always had an eye equally towards offense Black Magic, and it certainly never wielded robotic arms that shoot magic at things.

It’s currently a mystery why producer and director Naoki Yoshida chose Sage to be the name of this concept, considering how little it has in common with the Sages in the franchise’s history. Yoshida has demonstrated that he is very aware of Final Fantasy’s job system and how jobs have been used in the past, so it’s extremely unlikely that this is some kind of oversight.

The only thing I can come up with is that the face of the job at the moment is the main character Alphinaud, who is a very learned person, having been trained in many things magic in Sharlayan, an independent city-state wholly focused on studying academics.

All that said, it’s still too early to judge, and perhaps as we learn more about Final Fantasy XIV’s take on the Sage as the year progresses and when Endwalker releases this fall, the reasoning for why Sage was chosen will become more clear.