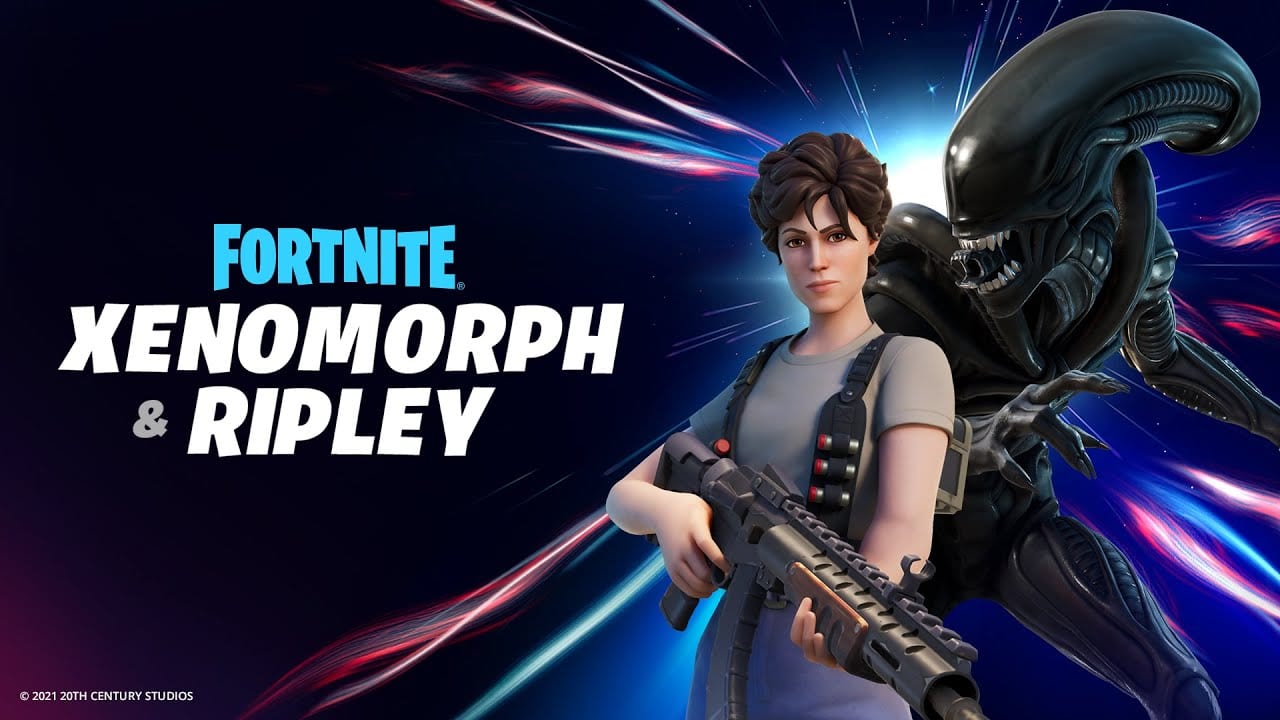 Fortnite: Battle Royale continues to collaborate with popular franchises by adding cosmetics from the Alien series of films to the battle royale title today.

As it was teased yesterday, the characters and items from the 1979 film and franchise are now available to purchase from the in-game shop. The iconic Xenomorph alien and protagonist Ellen Ripley are the two new skins added alongside various themed cosmetics, pickaxes, and emotes.

The Xenomorph skin comes with Xenomorph Tail Back Bling and Xeno Menace built-in emote for 1,600 V-Bucks, while Ellen Ripley comes with the Weyland-Yutani Cat Carrier for 1,500 V-Bucks. All of these items can be purchased in a bundle for 2,200 V-Bucks.

There is also a Space Gear Bundle which includes the P-500 Power Loader Arm Pickaxe, the Cheyenne Dropship Glider, and a new emote that mimics the alien chest burst scene of the original film but replaces the alien with the titular Fortnite llama.

The game’s theme over the current Chapter 2 Season 5 has been a portal that brings iconic characters from other franchises into the battle royale. Franchises and characters included so far have been Terminator, Halo’s Master Chief, The Walking Dead’s Daryl Dixon, Michonne, God of War’s Kratos, various Marvel superheroes and villians, Street Fighter, and the Flash.