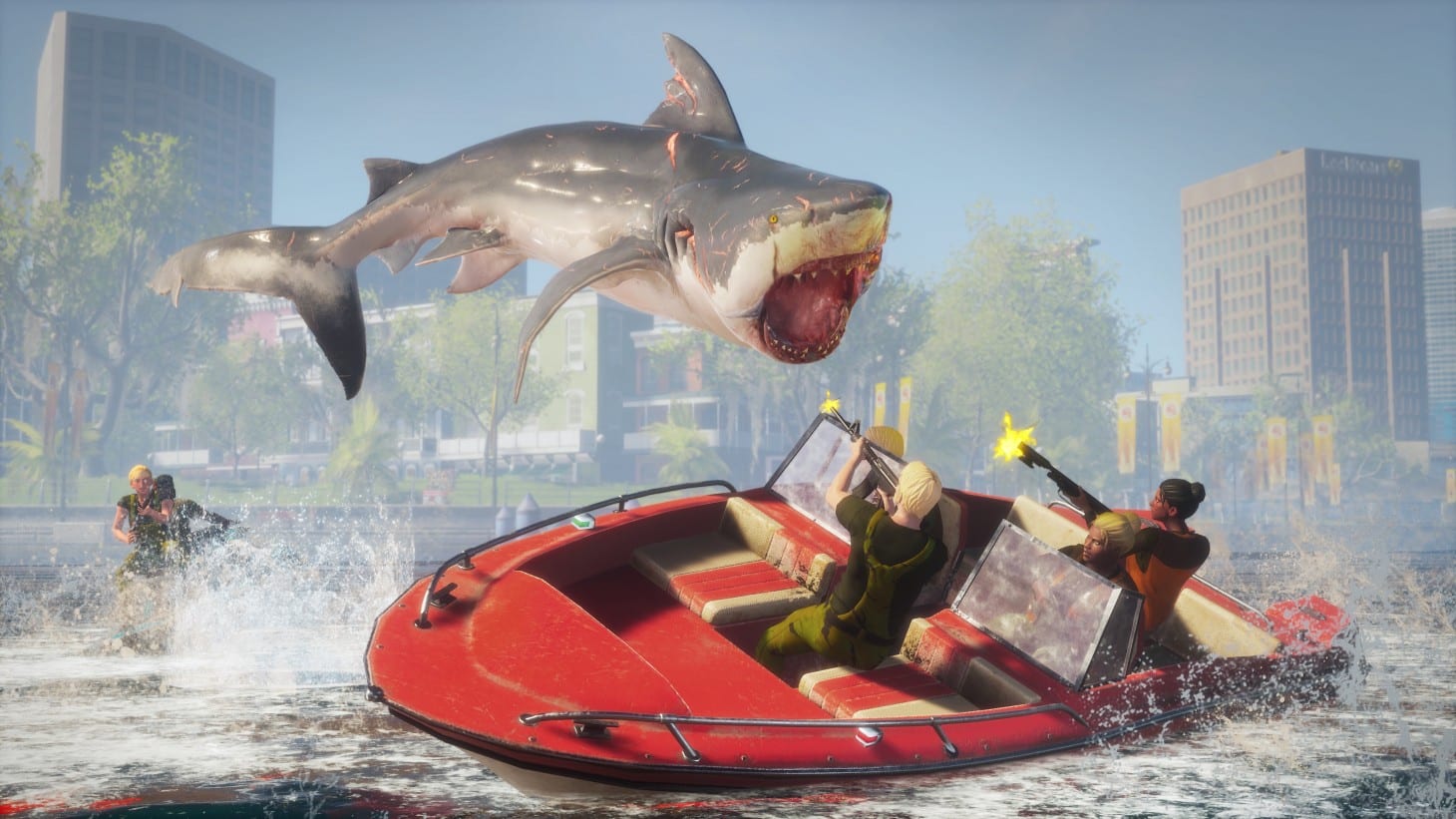 There are a variety of locales to explore in Maneater, and each offers their own activities, resources and secrets to uncover. Many of them can be difficult to access if you don’t know how to reach them though, which is why we’re here with a guide on how to get to Prosperity Sands in Maneater.

How to Get to Prosperity Sands in Maneater

To start, finding the entrance to the Prosperity Sands area in Maneater isn’t too difficult.

From the Saphire Bay area in the Southwestern portion of the map, head East. Prosperity Sands will be the next area you encounter when headed toward this direction, and is notable for its cluster of docks, bridges and the like among its landmasses.

You can reach Prosperity Sands via an underwater tunnel found in an alcove on the center right side of Saphire Bay’s portion of the map. We’ve included a screenshot its location for your reference.

How to Open the Gate

Once inside Prosperity Sands, you can then open the gate linking the area to Golden Shores for an easier route.

Like with other large gates in Maneater, this is done by swimming up to the gate until a red switch is in view.

After you’ve done this, look for a predator you can grab –highlighted with a red glow around them – and then grab them by pressing R2 on PlayStation consoles or RT on Xbox consoles. Wait until a reticle appears over the red switch, and then press L1 or LB to launch the predator into the gate control.

This will permanently open the gate, and will allow you to access the area much more directly.

Hopefully this cleared up how to get to Prosperity Sands in Maneater. For more on the game, check out some of our other guides on topics like how to jump higher and how to open gates.