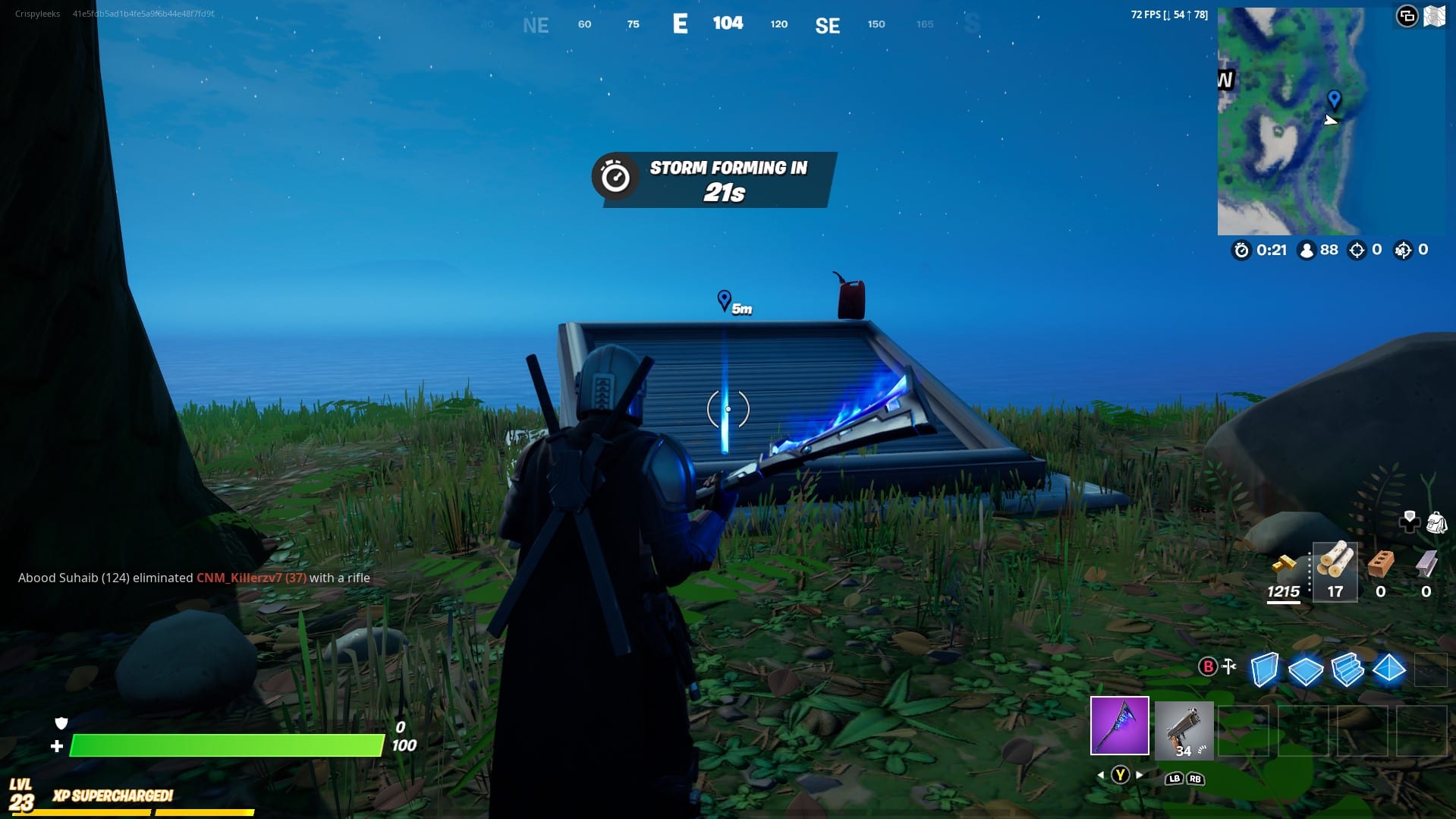 With the release of the Fortnite week 9 challenges today, players have another chance to earn another load of XP to help level up their Battle Pass. For the most part, these challenges are pretty easy, but one that may trip you up requires players to ‘Find a Hidden Bunker???’ In this guide, we’ll show you all of the Fortnite hidden bunker locations so you can get this challenge completed quickly and easily.

There are two hidden bunkers that we’ve found that players can actually access in-game. There is another under the water on the west side of the map, just off the coast south of Holly Hedges, but as you can’t dive underwater, we don’t think this one will count towards the challenge.

The first of the hidden bunkers can be found on the island just northwest of Craggy Cliffs. Here, you’ll find a watchtower on its southern end with a bunch of boxes and pallets stacked around the bottom of it.

Smash through the boxes and pallets and you’ll uncover a hidden bunker location underneath the watch tower itself.

The other hidden bunker is hiding in a bush over on the east side of the map, just east of Retail Row. You’re looking out for two trees with a large bush in between them.

Once you’ve found it, simply destroy the bush with your harvester to reveal another one of the Fortnite hidden bunkers.

We’re pretty confident that by visiting either of these hidden bunker locations, you’ll complete the week 9 challenge. If this turns out not to work, we’ll update this post and let you know.

For more tips, tricks, and guides, head on over to our wiki, or check out more of our coverage on the game below.