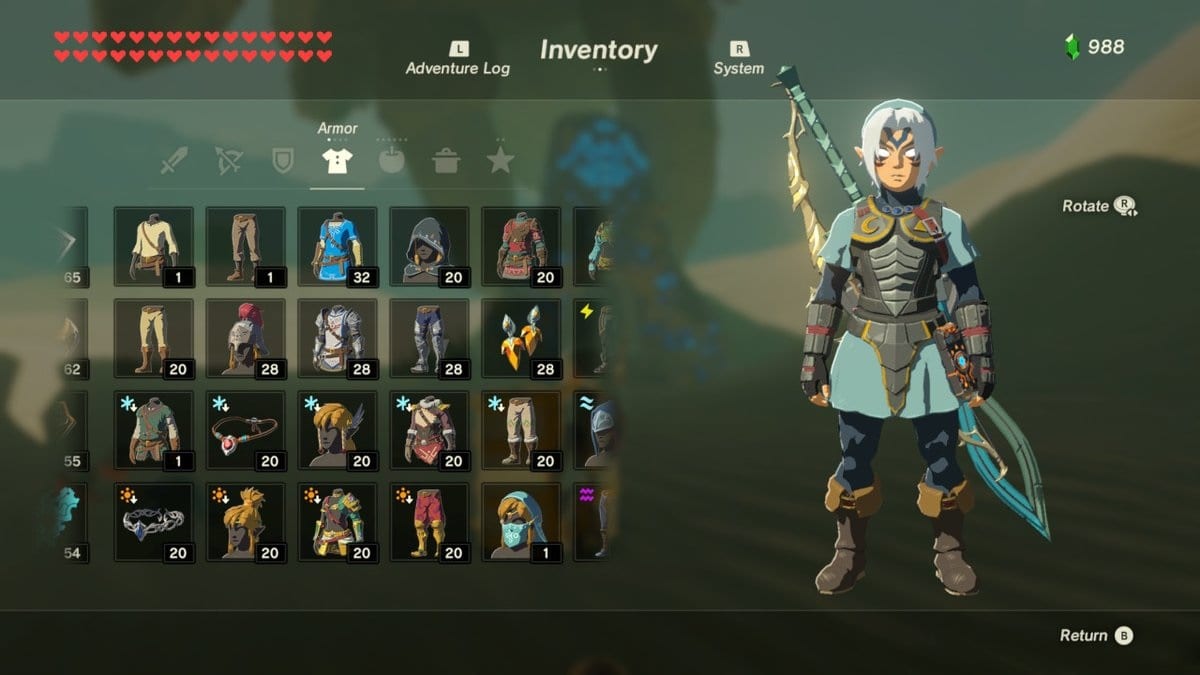 How to Get Fierce Deity Armor in Breath of the Wild

The Fierce Deity armor is a throwback to the Zelda game Majora’s Mask. At the end of that game, if Link trades in all of the masks he collected on his journey, he gets a special mask that transforms him into Fierce Deity Link, an incredibly powerful version of himself.

This armor in Breath of the Wild not only looks really cool, but it also raises your attack power in the game.

To get this armor, you need the Majora’s Mask Link amiibo. This is the one where young Link is holding a Goron mask in his hand. You can buy this amiibo at retailers that carry them such as Amazon.

If you own the amiibo, all you have to do is scan it while the game is open. Steps on how to do that can be found here.

Once you’ve scanned the Majora’s Mask Link amiibo, a chest will appear in the game. This chest will contain one of the pieces of the armor set.

There are three pieces to the set in total (headgear, tunic, and pants), and you can only scan each amiibo once per day, so you’ll need to scan at least three times to get the full set.

It can be totally random which piece of the set you get, so keep trying if you don’t get the correct piece right away. There’s also a chance of getting the Fierce Deity Sword, which is part of the set as a weapon instead of armor.

You can equip the Fierce Deity armor just like any other clothing set in the item menus. They can also be upgraded at any Fairy Fountain.

That’s everything you need to know about how to get Fierce Deity Armor in Breath of the Wild. For more tips and tricks about the game, be sure to check the guide wiki.