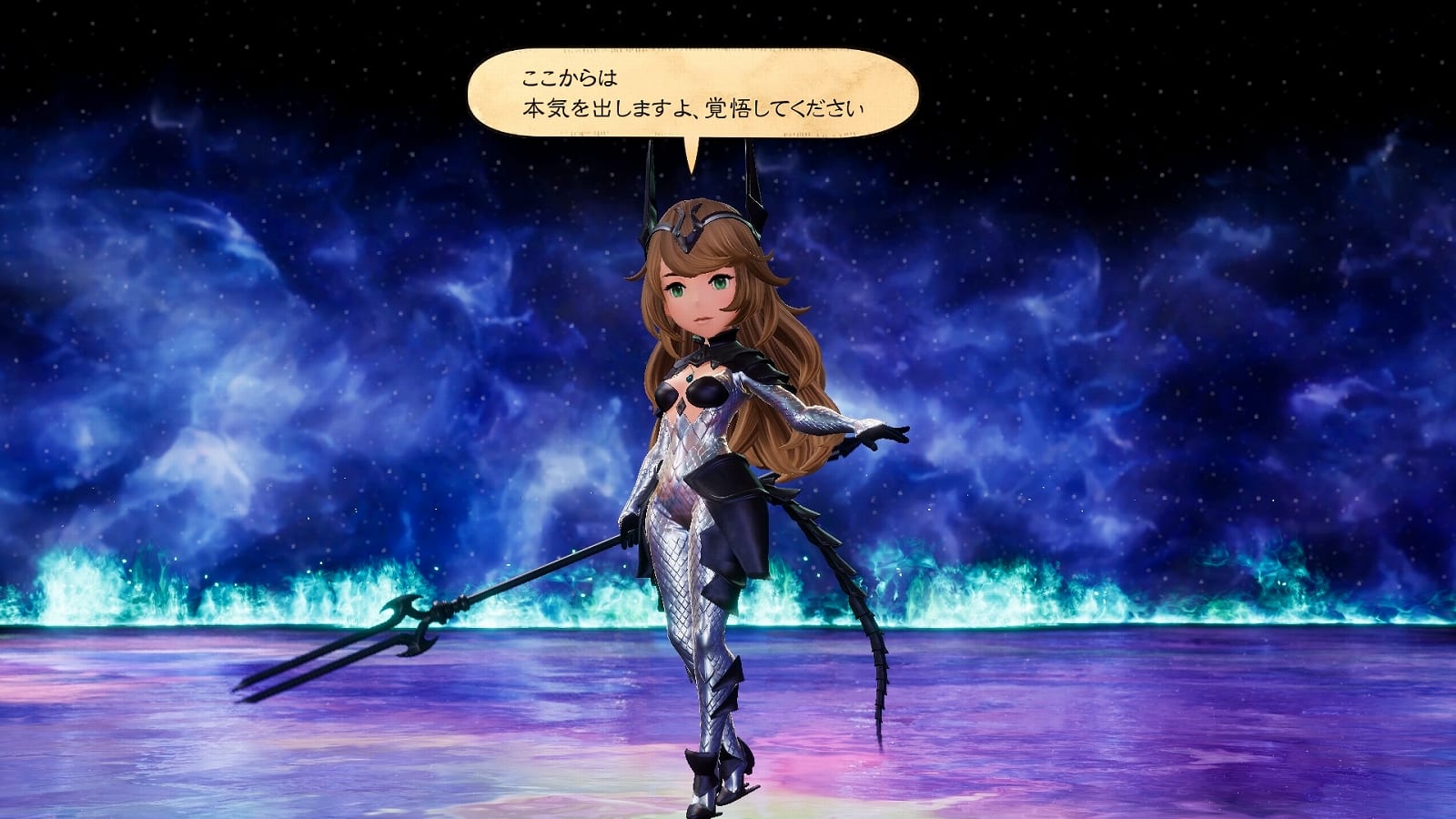 We get to take a look at Limedal, the land of deep snow. It’s a country that was saved by a dragon a thousand years ago, and its state church still worships that savior.

We also see a few more characters from Limedal, Martha Lancer the dragoon, Gwylim the little speaking lizard, Gladis Kelly the monk, Helios the inquisitor, Domenic, the high priest of the church of Limedal, and Gran Bus, the mayor of the village of Enderno, near Limedal.

Next, we take a look at sidequests and at a card minigame named Bind and Divid.

If you want to see more, you can check out a trailer from a few days ago, another from earlier this year, and one more from a few weeks ago, a gallery of screenshots, and even more images. Of course, you can also already play the demo.