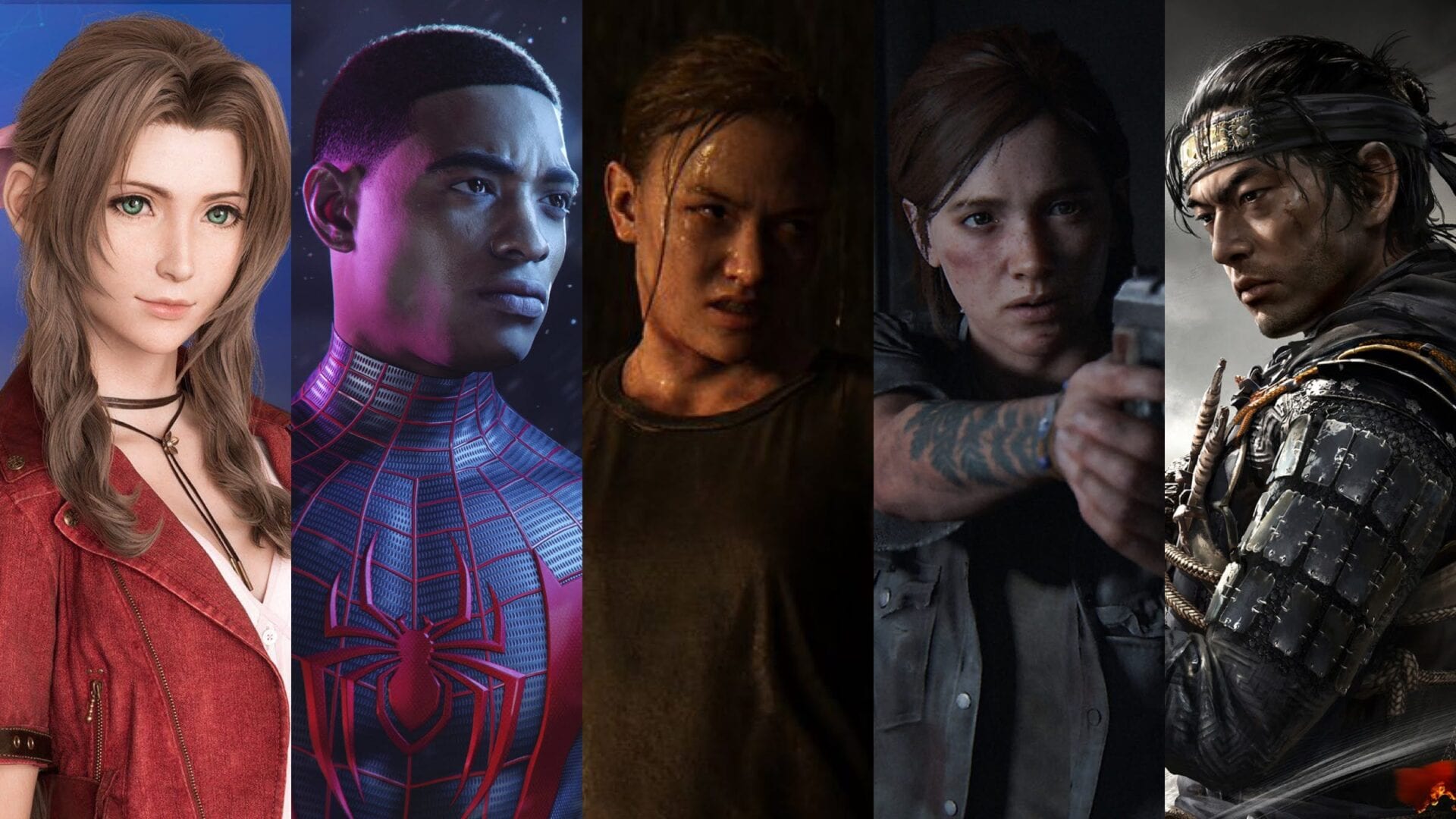 It’s award season at Twinfinite, so we’re looking back at some of the best of gaming from last year. Voted on by our editors and staff, these were the best video game actors of 2020 whose performances brought life to their respective characters.

Guides Editor Chris Jecks: The original Marvel’s Spider-Man back in 2018 was one of my favorite games of that year. The gameplay was tight, the story was original and interesting, and the voice acting performances were solid, bringing the likes of Peter Parker and Mary Jane to life.

It was a pretty high bar to exceed, and yet somehow, Miles Morales managed to do just that.

Where the gameplay remained the same in 2020’s web-slinging offering, it was Nadji Jeter’s performance as Miles Morales that ensured the adventure really stood out from its predecessor.

Jeter’s performance nailed the entire emotional spectrum. His enthusiasm for stepping into the Spidey suit in Peter Parker’s absence was infectious, and yet amidst all this, you felt the emotional turmoil Miles went through as the plot twisted and turned in typical superhero story fashion.

Most importantly, Jeter’s performance made Miles feel relatable and allowed me to build a stronger connection with the born-and-raised Brooklyn teen than I ever really felt with Peter, culminating in a goosebump-giving finale.

Jeter made the role his own, delivering a charismatic performance befitting of the writing and the character. Now, to me, he is Miles Morales.

Staff Writer Ethan Anderson: This is Briana White’s first major voice acting role, but you wouldn’t be able to tell just by listening to her performance. It fits the character perfectly. She’s passionate and invested in her role as Aerith Gainsborough in Final Fantasy VII Remake, and it shows.

White takes the usually calm, composed, and at times exceedingly pure Aerith and is able to inject her with a playful and vibrant personality that’s unique to her performance. It’s a fitting approach here, as Aerith spends plenty of time traveling alongside the often stone-faced Cloud.

Aerith’s clever remarks and quick-witted comebacks during her banter with Cloud provide some of the best instances of dialogue in the game thanks to Briana White’s delivery.

Her Aerith isn’t all sunshine and rainbows, though. White is able to convey a range of emotions, especially when Aerith speaks about her past or her future with a more somber tone.

These are all noteworthy feats since so many new lines and scenes were added to Final Fantasy VII Remake that didn’t exist at all in the original 1997 game.

Even with some of the highest expectations imaginable coming from Final Fantasy VII fans, White doesn’t disappoint in the slightest.

News Editor Giuseppe Nelva: Playing a samurai in a video game is no easy feat, as it means to give voice to a warrior trained from childhood to retain control of his emotions at all times and to display that calm and control in every action.

On the other hand, while performance capture has made great strides and Ghost of Tsushima certainly is an example of that, voices are still what give game characters a lot of their expressiveness compared to live-action.

Yet Daisuke Tsuji did a great job at portraying Jin Sakai‘s calm and controlled nature contrasting with the deep emotions generated by seeing his home invaded and devastated and his strongly-rooted principles challenged. It’s a masterful performance that certainly deserves acclaim in a scene that often favors overemotional characters and acting.

As a personal note, I’d also like to mention the equally great performance by Kazuya Nakai, who performed the same role in Japanese.

First Runner-Up: Ashley Johnson as Ellie (The Last of Us Part II)

Staff Writer Rebecca Stone: Ashley Johnson reprises her role as Ellie in the Last of Us Part II, lending her voice again seven years after the first game. This time, Ellie is in a more desolate, dangerous world than she was when she was traveling with Joel.

It’s a personal journey this time for Ellie as she has gone through distinctive trauma and loss, and Ashley Johnson steps back into the role with this character development in mind. It’s an eclectic role, and Johnson finds a way to channel such extreme emotions from anger and animosity to soft-spoken affection and empathy.

All of Johnson’s lines are believable, whether it’s the screams and grunts of fighting or Ellie’s calm yet assertive orders. Her chemistry with other characters feels natural as well. It’s simultaneously Ellie as we knew her in the first The Last of Us and also a matured, seasoned character on her own personal quest.

Winner: Laura Bailey as Abby (The Last of Us Part II)

Staff Writer Rebecca Stone: Abby is quite possibly one of the most polarizing characters in the Last of Us Part II, but there’s no denying that Laura Bailey brings her to life in such a compelling way.

It’s tricky to humanize antagonists in a way that players may even end up sympathizing with them, but Bailey’s performance as Abby does that. In fact, Bailey creates a character with so much grey area that, by the end of the game, she may not be viewed as a villain at all.

Abby’s sheer rage in many of her scenes is gripping, but Bailey also reminds us that there’s more to her character than just anger and violence. An example is when we see a gentler side of Abby interacting with the world around her, particularly when freeing an injured animal.

It’s her voice in these types of scenes that causes such conflict in our own emotions as we try to decide how we feel about her character. Abby is interesting and complex; it’s a difficult role to capture in a believable sense the way that Laura Bailey succeeds in doing.