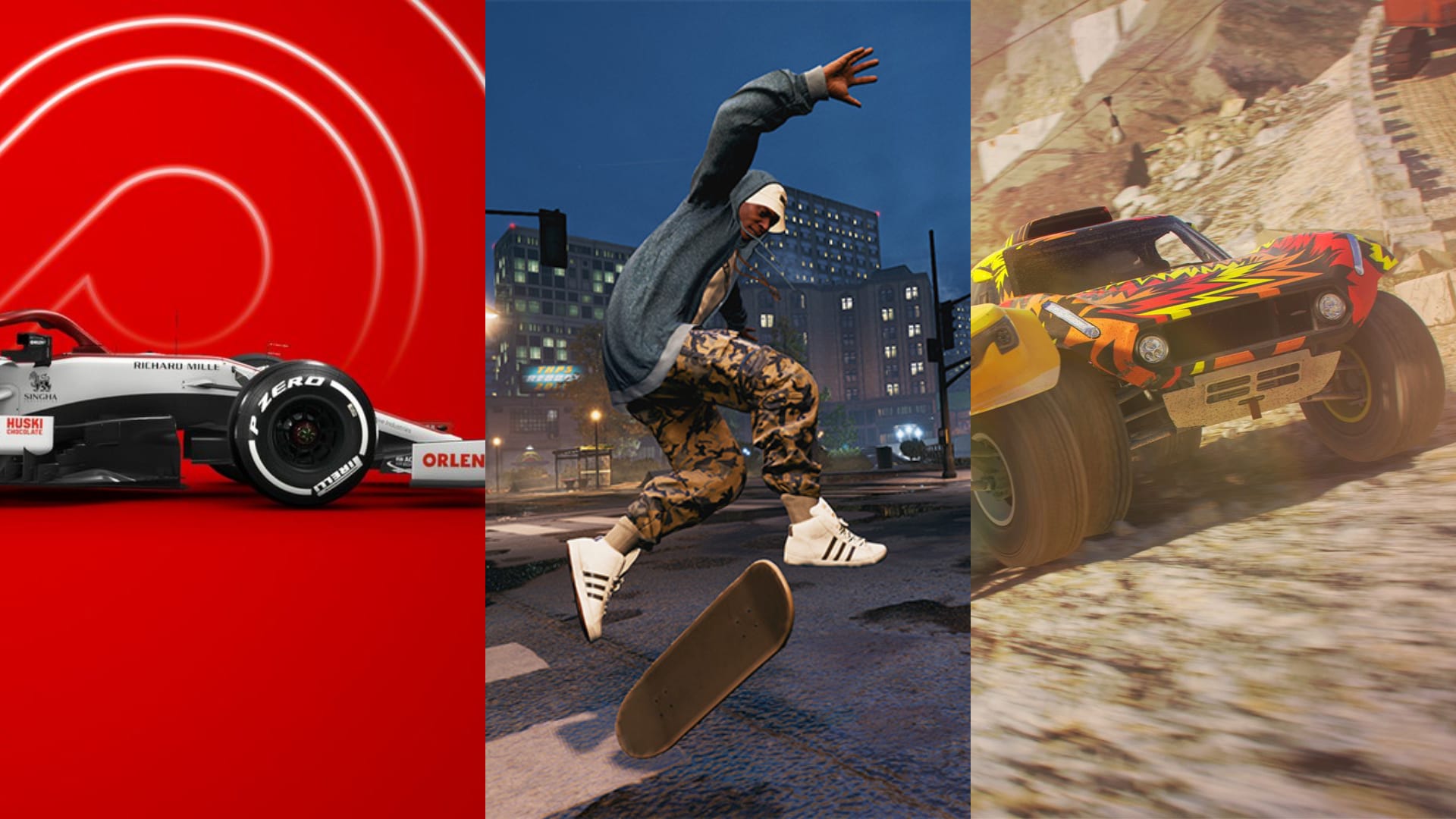 After a long year, it’s finally awards season here at Twinfinite and throughout this month we’re going to look back at our favorite games of 2020. Both the racing and sports game genres have had great years, but here are our picks for the best sports/racing games of 2020.

Voted on by our editors, these were the games that stood apart from the pack. Whether it be remakes of classics, sim racers, or something a bit more casual, there’s plenty to choose from, so let’s take a look at the best of the year.

The exception perhaps is the MLB The Show franchise which has consistently put out a product that attempts and usually succeeds in genuinely improving and enhancing the experience year after year.

MLB The Show 20 introduced a wide swath of improvements last year. The dated PCI was tweaked to provide more useful information and help make hitting less of mystery and more consistent. Fielding was improved to be more realistic and fun.

Fortunately for baseball fans everywhere, MLB The Show going forward will be multiplatform, meaning anyone can experience the fruits of the dev team’s labor.

Deputy Guides Editor Tom Hopkins: Although the real world Formula One season was a bit of a mess and the races included weren’t what was expected, Codemasters F1 2020 continued their trend of upping their game with every title they release based on the fastest motorsport around.

On top of the added features, the actual driving feels better than ever. The cars are responsive, quick, and stick to the track, allowing you to push them to the limit around every corner.

It’s also the most accessible hardcore racing sim on the market. With a 125 point difficulty scale, various driver aids you can turn on and off at any time, and more, you can mould F1 2020 into whatever experience you want.

If you’re after something to really test your ability, maybe to pair with a wheel set-up, or a sit back and relax kind of racer, you can mould F1 2020 into that, without losing the great tactile feel.

With the Formula One world seeing a load of driver and team changes for the new season, as well as some sort of schedule normality, hopefully Codemasters’ next F1 game takes yet another step forward.

Deputy Guides Editor Tom Hopkins: The fifth numbered entry in the Dirt series, Codemasters decided to revert back to the arcade racing days, leaving the simulation to the Dirt Rally spin-off series.

Dirt 5 is all about hitting the mud and ice as fast as you can, without a care in the world for handling or control. Other than some light drifting, there’s very little finesse to it, with speed more important that anything else.

That change to the more laid back style arguably makes it even more of a blast to play. Codemasters are the racing game masters, so Dirt 5 feels great to play, and the career mode is a fun adventure through various tropical locales.

It may be a bit lacking in terms of personalization options and event variety, but the often stunning visuals (especially now that the majority of technical hitches have been addressed) and satisfying racing ensure that the fun never drops off.

Play it on PS5/Xbox Series X and it’s even more beautiful and smooth, with the ray tracing tech in full flow. It’s not the deepest racing game in the world, but it’s the right direction for the core Dirt series to take.

Staff Writer Omar Banat: The original Tony Hawk’s Pro Skater was the first introduction to the sport of skateboarding for many 90s kids. Smashing through the run-down wall into a dark and dingy warehouse, effortlessly riding down the steep slope, then grinding the big rail is a memory ingrained in the minds of an entire generation of gamers.

Yes, the game is a massive shot of nostalgia with all of the old skaters and tons of classic music tracks, but that hardly scratches the surface of why this game is so good.THPS 1+2 is ridiculously accessible to anyone who has played a 3D video game. You don’t have to be a skateboarding expert to pick up the controller and start playing.

While many sports games focus on being a realistic simulation of the sport, THPS 1+2 takes a different approach. It still has all the basics of skateboarding, but with a more arcadey feel that is easy to understand and extremely addictive to play.

However, if you’re more familiar with the franchise or the sport in general, then you can absolutely dig deeper. All of the grab, flip, and special tricks can be customized on the fly. And they even added the combo-extending Revert which didn’t come to the franchise until THPS 3.

If that isn’t enough, then there’s a park builder that’s incredibly easy to use. If you have a creative mind, then you can build some truly fantastic parks. Or if you’re a skater, then there are also plenty of tools for creating realistic parks as well.

And for the truly hardcore players, there are numerous difficult challenges throughout the game on top of the regular level missions.

All in all, THPS 1+2 captures the exceptionally free and joyful mindset of what skateboarding is all about. Ironically, the fact that this title doesn’t try to be a realistic simulation of the sport is what makes it one of the best sports games of 2020.