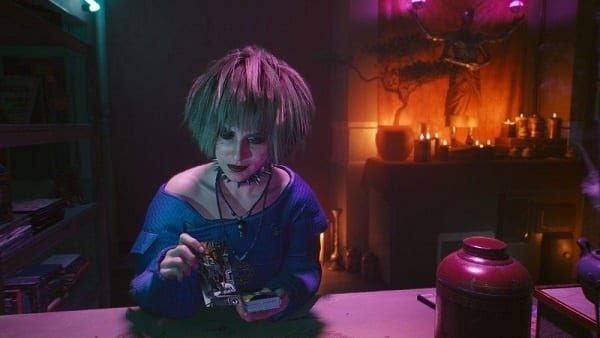 All Tarot Card Locations in Cyberpunk 2077

As we noted above, Tarot Cards are marked on your map with a blue card icon. We’ve shown you what they look like in the screenshot below.

To start the ‘Fool on the Hill’ quest, simply scan one of these. You can then speak to Misty who will tell you to scan all the Tarot Cards across Night City to decipher their meanings.

There are 20 Tarot Cards to find in Cyberpunk 2077, and we’ve listed the location of each one below.

For finding all of Cyberpunk 2077’s Tarot Cards, you’ll be rewarded with the ‘The Wandering Fool’ trophy and achievement.

In terms of in-game rewards, Misty will give you a dreamcatcher memorabilia item. This will hang in your apartment above V’s bed. It doesn’t do anything, sadly.

That’s everything you need to know on Cyberpunk 2077‘s Tarot Cards. For more tips and tricks, check out our guide wiki.