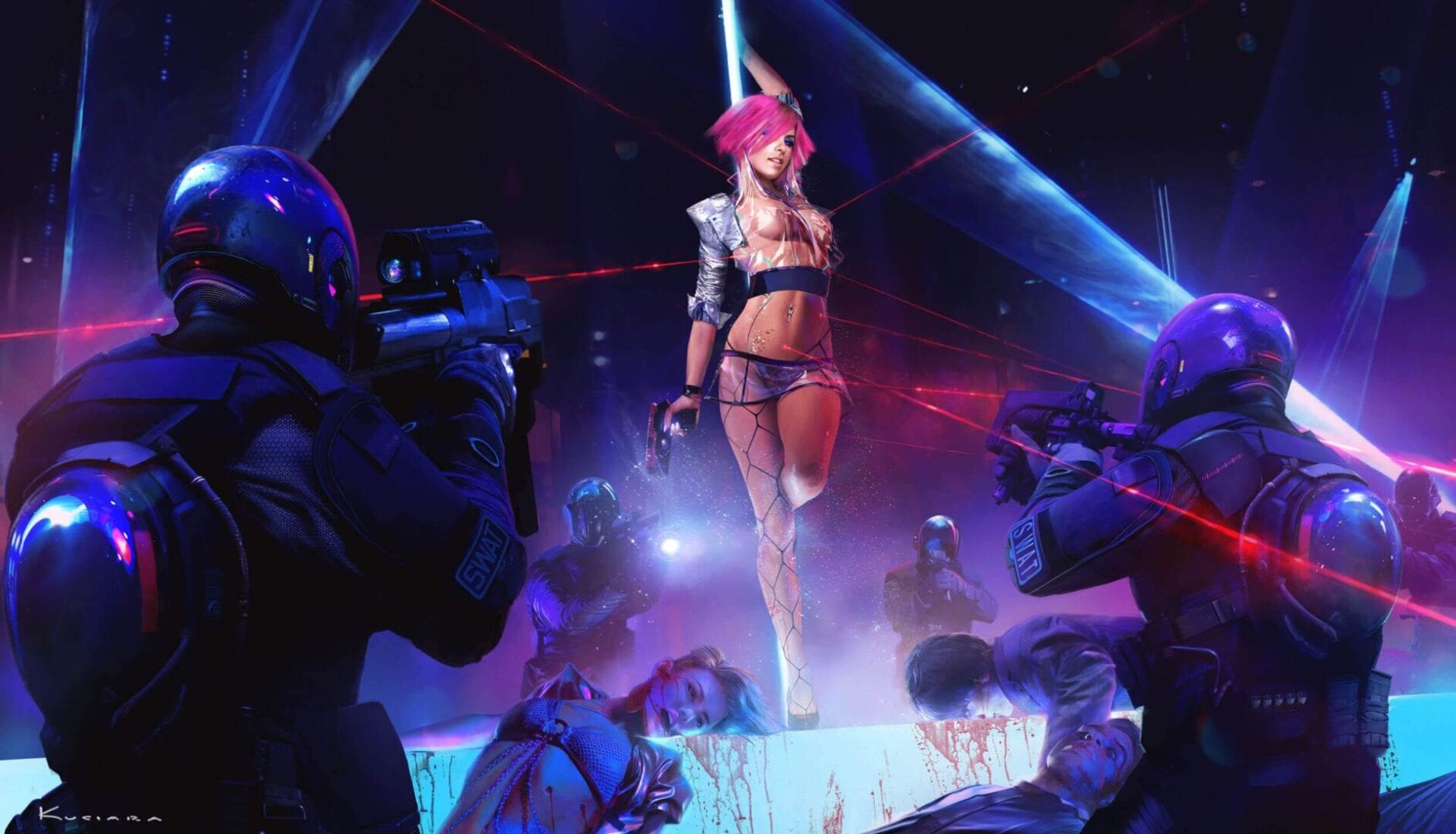 Are There Prostitutes in Cyberpunk 2077?

Yes, there are prostitutes in Cyberpunk 2077, unsurprisingly given the gritty atmosphere around Night City… and the fact Geralt had a lot of fun in his antics across The Continent.

As noted in Cyberpunk 2077’s ESRB rating players can “encounter events where they have the option to engage in sexual activities with other main characters or prostitutes—these brief sex scenes (from a first-person perspective) depict partially nude characters moaning suggestively while moving through various positions. Some scenes contain brief depictions of thrusting motions; other scenes depict a character’s head moving towards a partner’s crotch.”

How to Get a Prostitute in Cyberpunk 2077

You can find them marked on your map with a lips icon.

Your ability to get a prostitute from these places isn’t affected by your gender or ‘Street Cred.’ You’ll just need to make sure you’ve got enough Eurodollars to do the deed!

The Gang That Protects Sex Workers

Quick side note, but one of the many gangs of Night City — The Mox — was set up in 2076 following the death of Elizabeth “Lizzie” Bordern, a strip club owner and ex-prostitute who treated her workers fairly and defended them from violent clients.

According to lore, The Mox refer to themselves as “those who protect working girls and guys” from violence and abuse.

There you have the answer all you dirty dogs have been looking for. For more on Cyberpunk 2077, be sure to head on over to our guide wiki, search for Twinfinite, or check out more of our coverage below.

How Long The Medium Takes to Beat on Xbox Series X & PC
The Medium Achievements List: How to Get Every Achievement
The Medium: Red House Secret Door Code Combination

The Medium Review – A Spiritual Sensation
To Top