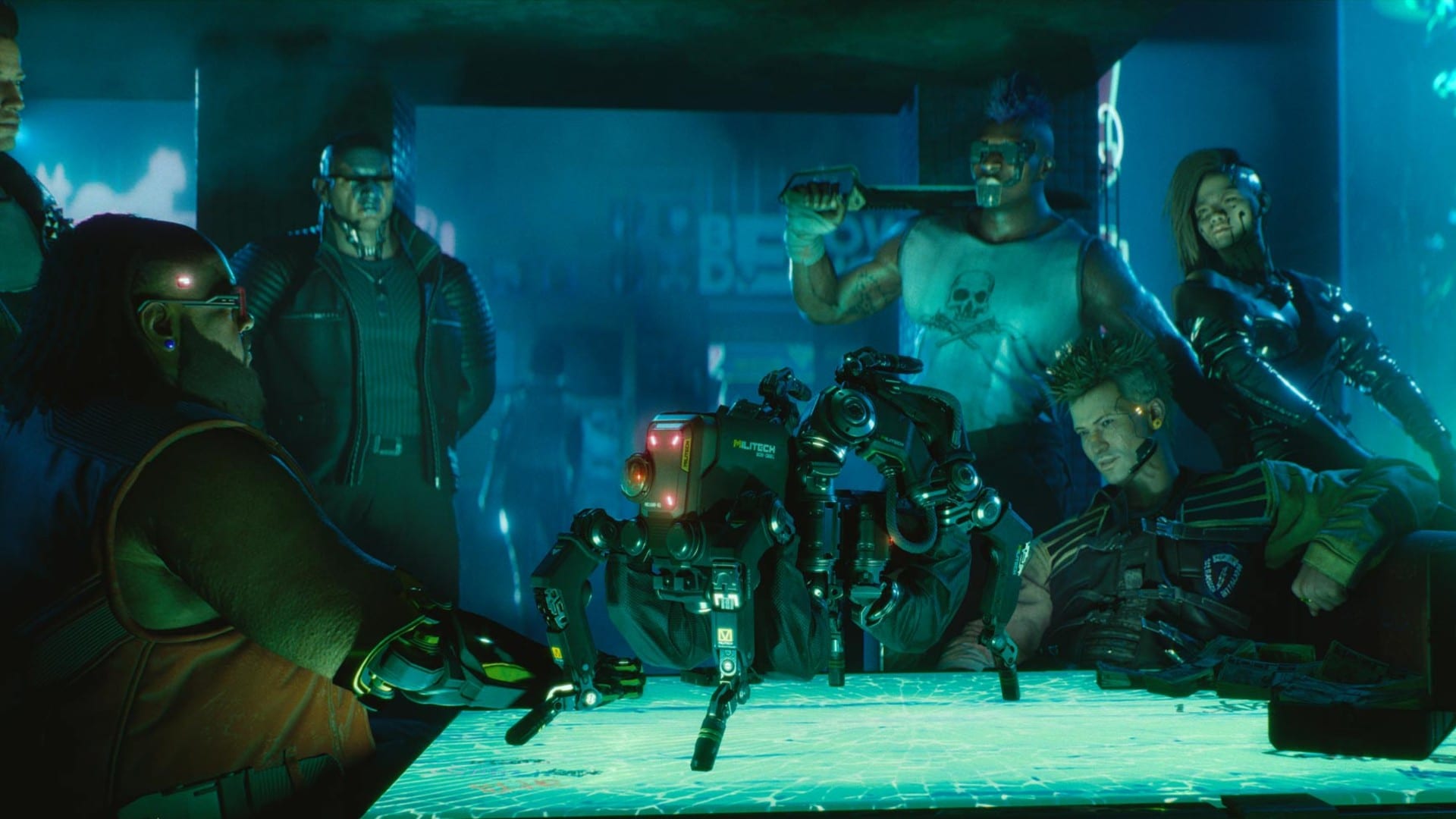 In a crazy setting like Night City, gangs just come with the territory, literally. Regardless of your actions, there is no avoiding them, as they are key to side mission and main story progression alike. Since they’re important, why not get to know them a little better? Here is everything you need to know about what the gangs of Night City do and how they work in Cyberpunk 2077.

What Do They Do?

On the surface, it may seem like the gangs of Night City are only there to terrorize the city and get in your way. In reality, you’ll actually interact with them just as much as you would other characters in the game.

Gangs play a big part in the storyline, as the decisions you make with them will either make you their ally or enemy. Depending on who you make friends and enemies of, you’ll get various side quests that offer rewards.

Certain gangs also play a large role in mainline story missions, so be sure to keep an eye on who you cross.

Maelstrom is absolutely ruthless, killing anyone who they deem fit. It could be man, woman, or child; these heavily altered cybernetic criminals just love to kill.

These psychopaths can be found in Watson, spread throughout its Northside Industrial District & Northern Kabuki.

Despite being a gang, honor is very important to the Valentinos. They are all about loyalty and heavily base their ideals on faith.

Like any gang, they don’t like it when people betray them and have stringent punishments when they do. This gang can be found throughout Heywood, tagging spots and showing off their lowriders around The Glen, Wellsprings, & Vista Del Rey.

The Scavengers are the vultures of Night City, picking off people in order to steal their implants, either to sell them for profit or use them on themselves. They are possibly the craziest group in the game, as they don’t care who they take gear from as long as it is for their benefit.

Scavs can be found all across Night City, so be careful who you run into in a dark alley.

Even though Maelstrom are the biggest enhancers throughout Night City, no one loves the Net more than the Voodoo Boys. This gang is full of netrunners that can uncover any information they want.

While they may be the most docile of all the groups, they’re also the last ones you want to mess with if you don’t want everything about you all over the city. You can find these paranoid hackers in Pacifica, as well as all over the Net.

While 6th Street started off as the patriotic “Good guys,” standing up to the mega cooperations when the NCPD wouldn’t, they’ve become just as twisted as any other gang in Night City.

These self-righteous assholes roam the streets of Arroyo and Rancho Coronado in Santo Domingo, often getting into clashes with the Valentinos over turf.

As their name suggests, the Animals are a gang filled with the toughest, biggest guys in Night City. These meatheads are obsessed with working out, enhancing themselves with cybernetics and steroids alike.

While they don’t have a specific turf that they call home, Animals are found throughout the area working as bouncers and bodyguards for anyone who will pay the right amount. More often than not, they really love using their job as an excuse to take out their pent up roid-rage.

The Tyger Claws specialize in swords and black market dealings and are deeply rooted in Asian culture. Be careful when asking around about them, though, as they make anyone who asks too many questions about them disappear quickly and quietly.

Tyger Claws can be found majorly around Westbrook and Watson. More specifically, you can find them in Japantown, Charter Hill, Kabuki, and Little China.

After the Tiger Claws killed one girl too many, the women started taking action into their own hands, forming the Moxs. Though they may be a small gang of women, this assortment of sex workers and anarchists channel the abuse they took from others into their own unique brand of violence.

The Moxs stick to turf close to Lizzie’s Bar in Kabuki.

Often referred to as the Nomads, the Aldecaldos were founded after Juan Aldecaldos was killed for standing up for the migrants of Los Angeles. Like any nomad, this group is best at living off the land, scavenging whatever they can to get by.

While you can find a fair amount of them wandering throughout the city, there mainly located on the outskirts of Night City, boasting thousands of members as a result.

As a gang, the Wraiths might be the last group of people you want to run into in the game. This group is full of exiles who violated strict rules and regulations.

With little left to live for after being exiled, this group terrorizes nomads on the outskirts of Night City, dressed in ghost-like garbs, firing rocket launchers at anyone that moves.

And that is everything you need to know about what the gangs of Night City do and how they work in Cyberpunk 2077. Still on the hunt for more helpful tips? Be sure to check out our ever-expanding Cyberpunk 2077 wiki guide, featuring everything from controls to basic tricks to help you get where you want to go in the game.

Fallout 4 Nuka-World: How to Please the Different Raider Gangs