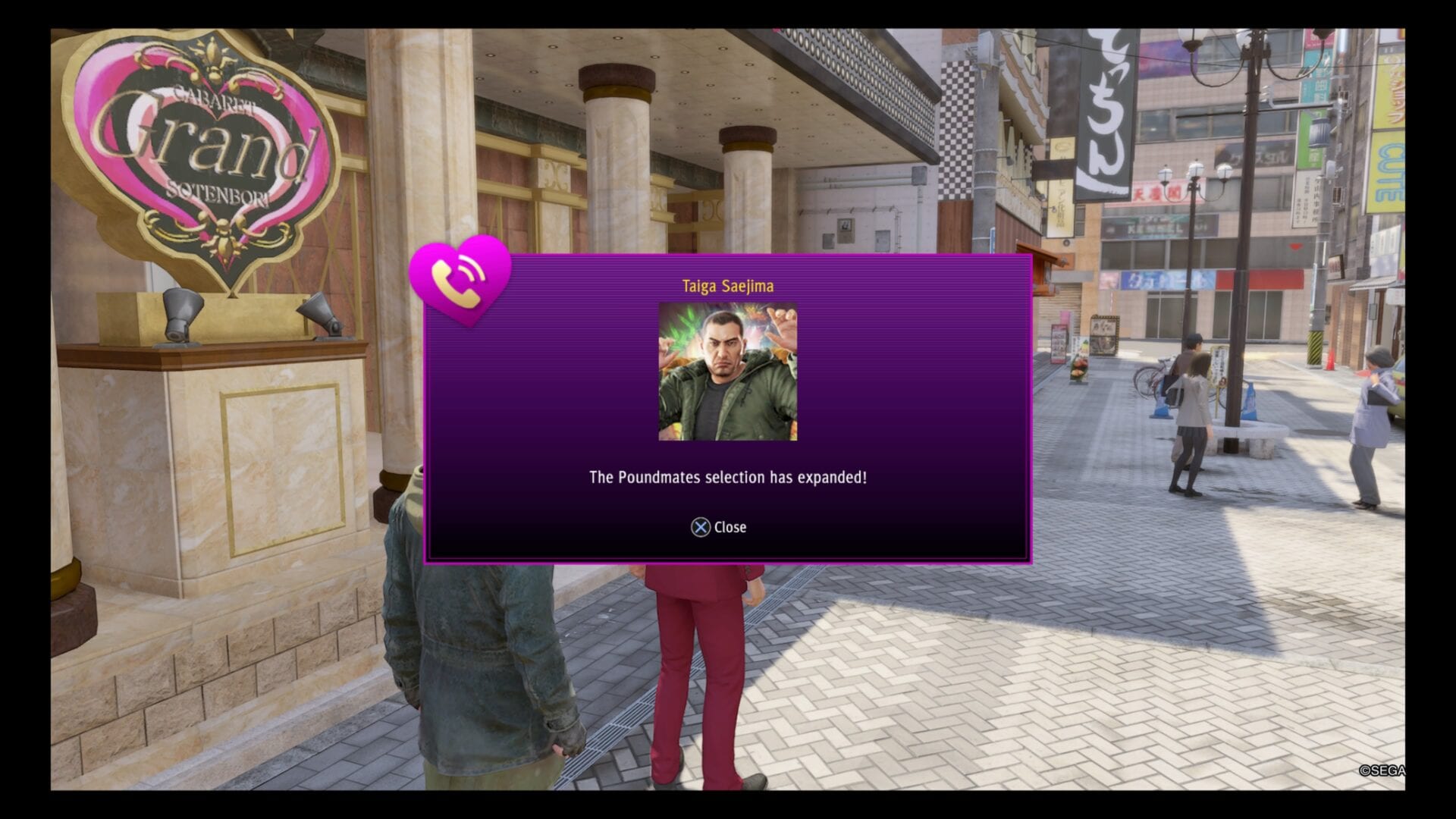 How to Unlock the Saejima Summon in Yakuza Like a Dragon

To unlock the Saejima summon in Yakuza Like a Dragon, all you need to do is progress the main story into its final quarter.

At this point in the game, you’ll confront Majima and Saejima in a rather grueling boss battle. Upon defeating them, you’ll learn that they’re actually your allies and that you’ll be working together against the big bad of the game in the following chapters.

Following this exposition dump, you’ll be notified that both Saejima and Majima are available as summons via Poundmates, and can bring them into the fray whenever you wish for a price.

What the Saejima Summon Does

As for what the Saejima summon does in Yakuza Like a Dragon, it’s a sight to behold.

Should you pay the high price of ¥1,000,000 to summon him, Saejima will drop in to throttle all enemies with a manhole cover surrounded by a debris-filled tornado. This will deal massive damage to anything that it hits, and thanks to its blunt elemental affinity, you won’t have to worry about enemies with special resistances shrugging it off.

Not only that, but every enemy hit with the attack will see their defense sharply cut. This makes it a great weapon against difficult bosses or enemies with too much defense for their own good.

That’s all there is to know about how to unlock the Saejima summon in Yakuza Like a Dragon. For more on the game, check out our review to see how the full experience measures up against other entries in the series.