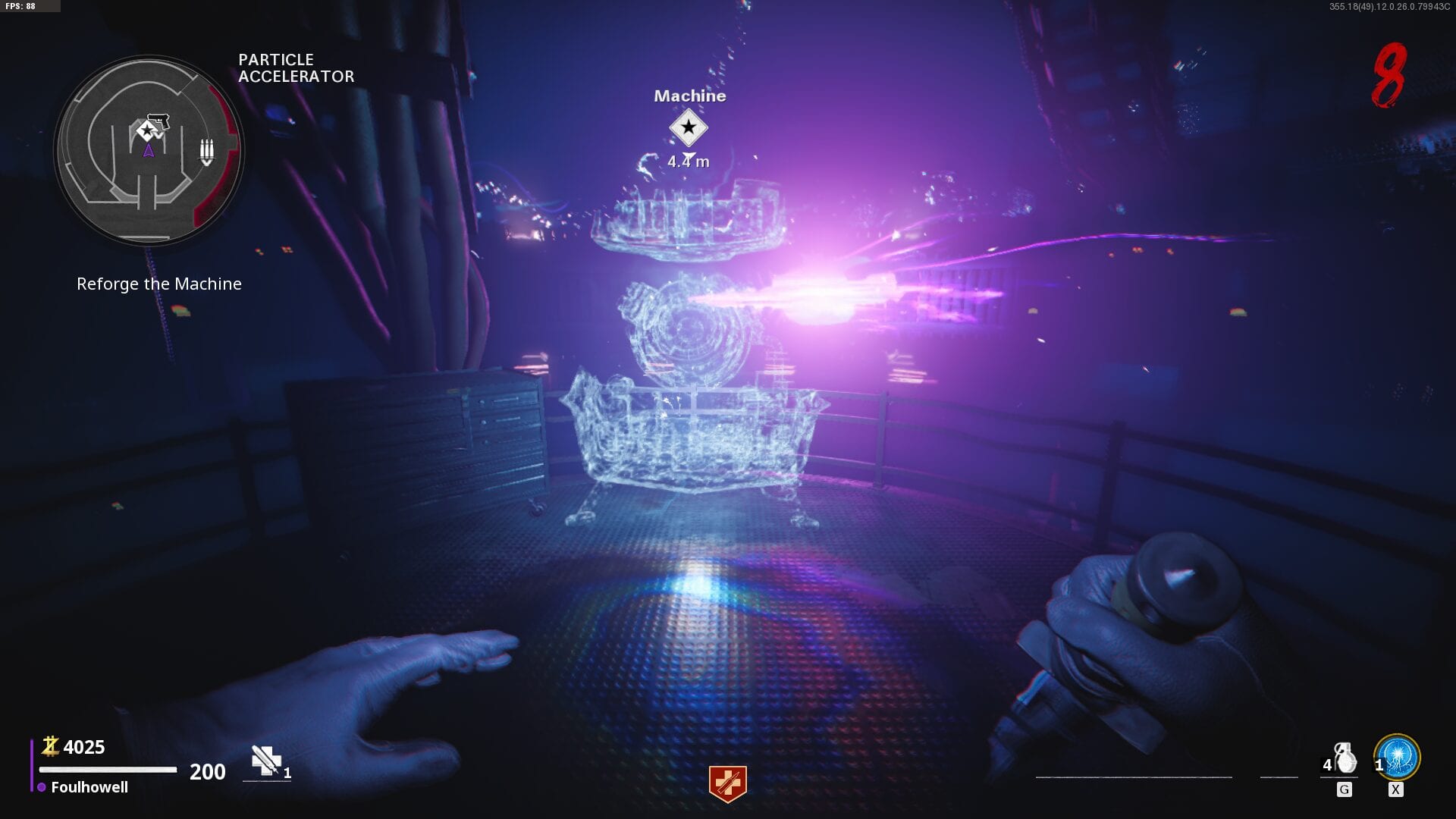 The first step to unlocking the Pack-a-Punch is getting the power on. Once that is done, there will be two terminals you need to activate inside the large particle accelerator room right near where the power is turned on. There should be two markers indicating where they are.

All you have to do is walk up to both and press the button the game prompts you with. After both are activated, a large swirling purple mass will appear in the center of the same room shortly. Simply walk near it and hold the button the game prompts you with once again. If you did it correctly, in a few seconds you should be teleported getting you closer to unlocking the Pack-a-Punch.

You should now be in the Dark Aether version of the map. You only have a limited time here, so it is important to act fast. The map layout is the same although the sky and overall environment are much different and now feature 100% more giant purple jellyfish.

A marker will indicate where you will need to go, which should be one of two locations. It could be in either the plane crash site or the swampy pond area. Make your way to whichever one it gives you to find a floating vehicle with a portal now beneath. Hop in the portal to make it to the next step in unlocking the Pack-a-Punch (make sure you have 500 points on you to use the portal as well).

The portal will bring you down to a previously sectioned-off part of the bunker. Inside will be a glowing part to pick up which means you’re nearly there. Make your way back to the particle accelerator room where you began. Walk up to where the purple mass was and insert the part. The game will then teleport you back to the other world where you will now find the newly built Pack-a-Punch machine.