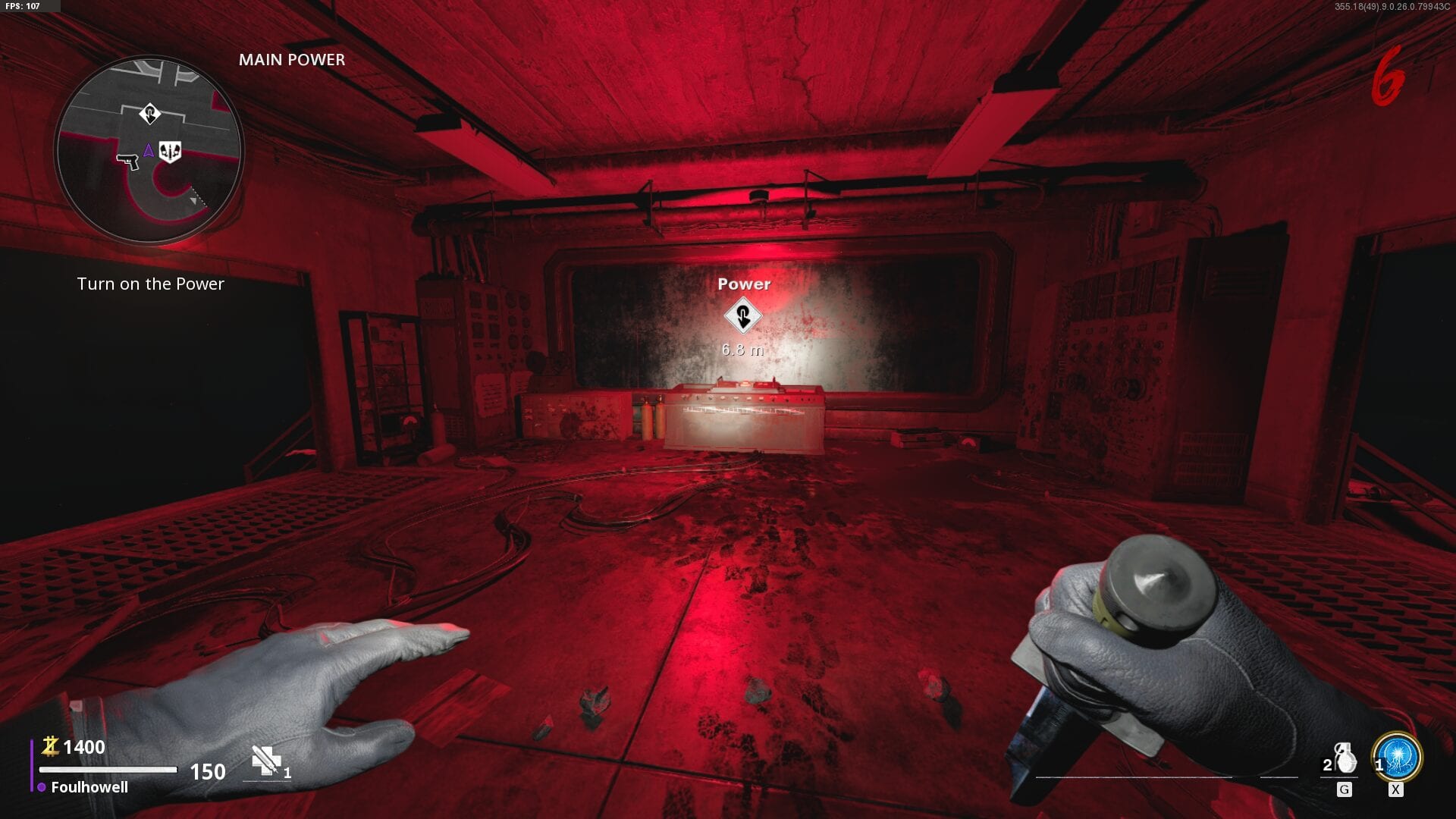 Ever since Der Riese in World at War, the first thing players should want to do in Zombies is get the power turned on and that hasn’t changed with the new map Die Maschine in Black Ops Cold War. Getting it turned on has some nice effects like powering some of the perk machines, opening new pathways between areas, opening the path to building the Pack-a-Punch machine and simply turning on the lights. This guide will give you a full walkthrough on getting the power turned on in Die Maschine.

Turning On the Power in Black Ops Cold War Zombies

While previous maps in the series made turning on the power a bit of a convoluted process, it’s back to being as simple as flipping a switch in Black Ops Cold War. There is also now a marker showing you where you need to head in order to get to the underground bunker where the power can be turned on.

To get to the power, you’ll have to buy a few doors, the first of which is near the crafting table and leads into the building that resembles the original Zombies map, Nacht der Untoten.

From there you should see a staircase with a purple arrow pointing to it (there are more purple arrows like it that will point you in the direction you need to go). Buy the door on the stairs and head up. On the second floor you’ll find the Stamin-Up perk machine, and across from that is the door you’ll want to buy next.

You should now be out of Nacht and in a sort of airplane graveyard. Head left and past the Juggernog machine to find an area heading down to the right into a tunnel. Buy the door there (or rather a pile of rubble) and head in. You should see the marker hovering over a bunker door in the tunnel, which thankfully you don’t have to buy as it opens on its own. Go ahead and descend into the bunker.

Inside you’ll want to take the first left and buy the door there. If you reach a sort of room with a computer at the end, you’ve gone too far and will need to backtrack. Inside the correct door, it is pretty much a straight path to the power from here. You’ll see an area below with Speed Cola. Drop down there and buy the door at the end of the room on the right.

You’re now in the main bunker room which houses the power button along with a few other things. Head around the catwalk to the left until you reach two sets of staircases leading up. Take either one you wish and buy the final door to power. Inside the room, you will at last find the button to turn on the power.

You now have the power on in Die Maschine. If you need more help in Zombies, multiplayer or the campaign in Black Ops Cold War, check out our full guide wiki.