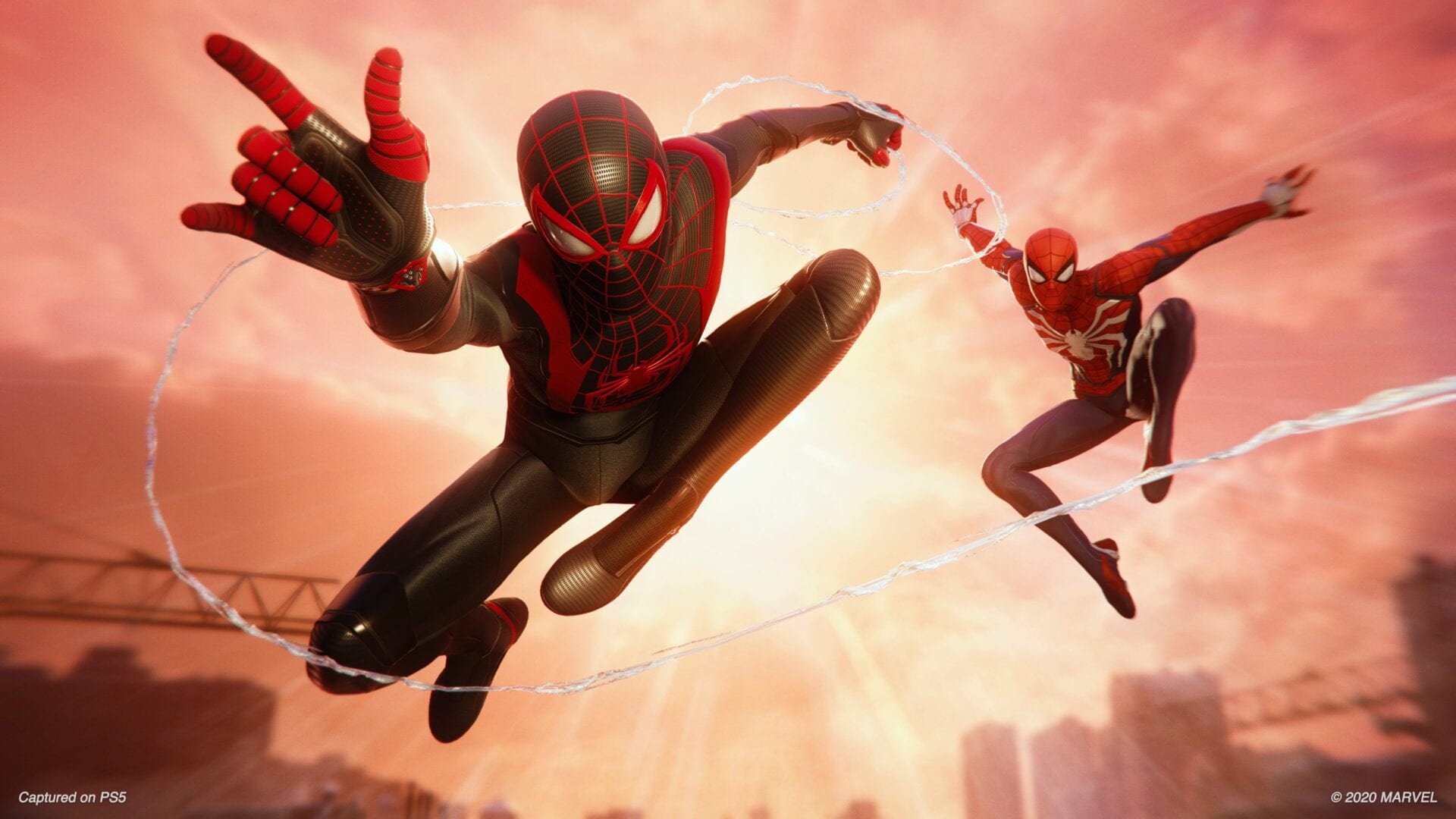 Marvel’s Spider-Man: Miles Morales has had a stunning debut this past week, especially with it being a launch title for the long-awaited PlayStation 5. Whether you need more Miles in your life after beating his new solo adventure, or just need some good thwipin’ to spice up your desktop, look no further. Here are some of the best Miles Morales wallpapers around. There may be one for your phone here as well.

So it’s no secret that 2018’s Marvel’s Spider-Man was a pretty photogenic game and Miles Morales is certainly no exception. Head on over to Insomniac’s official page to grab some gorgeous 4K screenshots for your desktop.

You can’t talk about Miles Morales with the Academy Award-winning Spider-Man: Into the Spider-Verse being far from the conversation. This now-famous upside-down shot was not only gorgeous to look at but signified a major turning point for Miles as a character. Reddit user eternal_rookie captured a high-res shot from the trailer.

Created for Sideshow Collectibles by artist Derrick Chew, this is a high octane piece that really shows Miles in action. Not pictured in this wallpaper is Venom hot on his tail. You can download a full 4K version of this wallpaper here.

Let’s take it back to where it all started, the comics. While artist Sara Pichelli co-created Miles Morales with Brian Michael Bendis in 2011, now superstar artist David Marquez made his mark on Miles’ debut book. You can find this gorgeous wallpaper based on Marquez’s art here.

You can screen grab anything from Into the Spider-Verse and make it a wallpaper. The film is just that beautiful to look at. This bit of art was used for marketing of the film.

Weekly Famitsu revealed their gorgeous cover drawn by Tim Tsang, Creative Director at Marvel Games. Tim was generous enough to post the original art over on his ArtStation. While not perfectly scaled for a phone, with some slight adjustment, you can have yourself a pretty gorgeous wallpaper.

Insomniac Games’ official Twitter page is rife with mouth watering images from their latest Spider-Man game. This shot has Miles thwipin’ about with his mentor, Peter Parker.

The event that first brought Peter Parker and Miles Morales together on-page for the first time was a 5-issue series from Brian Michael Bendis and Sara Pachelli called Spider-Men. This iconic piece was a variant cover for issue #2, drawn by Pichelli herself.

Into the Spider-Verse influenced a wave of artists to provide their takes on the film’s comic infused visual style. This piece comes way of Muhammed Sajid, and you can check out his artist page over on Dribble.

Back to where we started, Spider-Man: Miles Morales. This incredibly clean 4K shot of Miles’ logo was pulled by jayfrostman on Reddit.

Looking for more on Spider-Man: Miles Morales? If you’re interested to dive into the comics, we gave a primer on how to get started! We broke down the five things to do after beating the campaign and we ranked the best suits in the game!