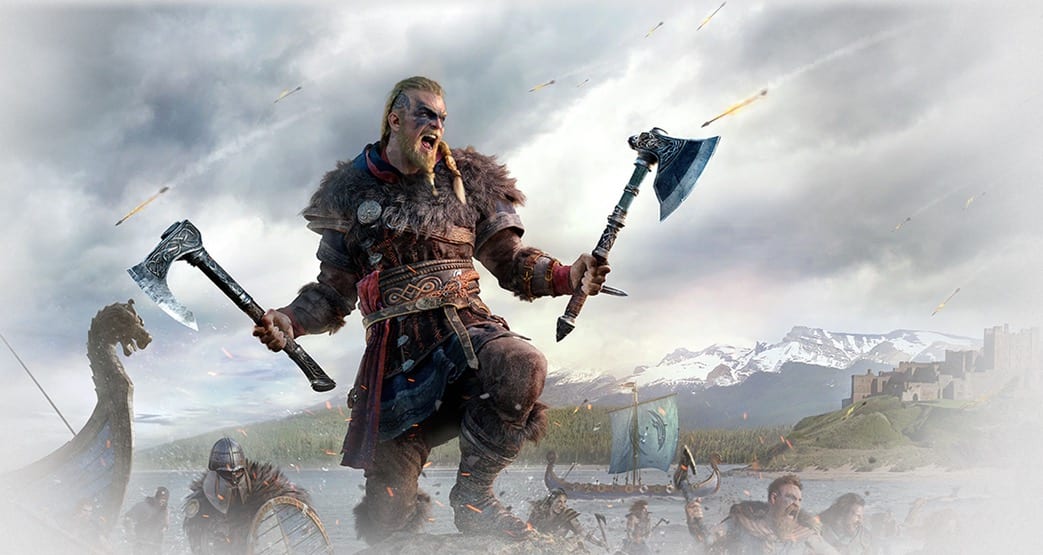 Assassin’s Creed Valhalla has a romance system that can see you getting closer to some of the characters in Eivor’s story than others. Doing this can lead to relationships blossoming and Eivor finding little nuggets of happiness as she continues to brutally invade England. In this guide, we’re going to run you through Assassin’s Creed Valhalla’s romance system, how to flirt with characters, and what exactly it does.

To romance a character, you’ll need to wait until you see a dialog option with a heart symbol next to it when talking to a character.

Select this option and Eivor will come out with a flirty or very romantically-suggestive comment that the NPC will likely take very well indeed.

Depending on the character, you may immediately just go straight to the bedroom for some sexy fun times after choosing the romance dialog option.

Other characters may then go out on a date with you, which, inevitably, leads to the same sexy fun times in the bedroom.

It’s not all about one-night-stands though. You can get into a relationship with your romance interest and make things feel a little more long-term than a simple fleeting trip to the bedroom with a random NPC of your choosing.

What Romancing a Character Does in Assassin’s Creed Valhalla

If you choose these romance options and complete any quests that your love interest gives you, you’ll then be able to take things further and even possibly to the bedroom.

You aren’t stuck with just one romance option either. Players could have a quick one-night-stand with one NPC, before going off to pursue a number of other romance options afterwards, according to the game’s narrative director, Darby McDevitt in an interview with GameSpot.

How to Break Up with Your Romance Interest

If you decide that you’d rather explore pastures new and leave your current love interest, you can do exactly that by selecting the dialog option when talking to them.

This will then see Eivor break up with their love interest, then freeing you up to be the flirty fiend we all know you are!

It may not be the same level as Witcher 3’s, but now you know what to expect from Assassin’s Creed Valhalla’s romance system. For more tips and tricks, head on over to our guide wiki, search for Twinfinite or check out more of our coverage below.