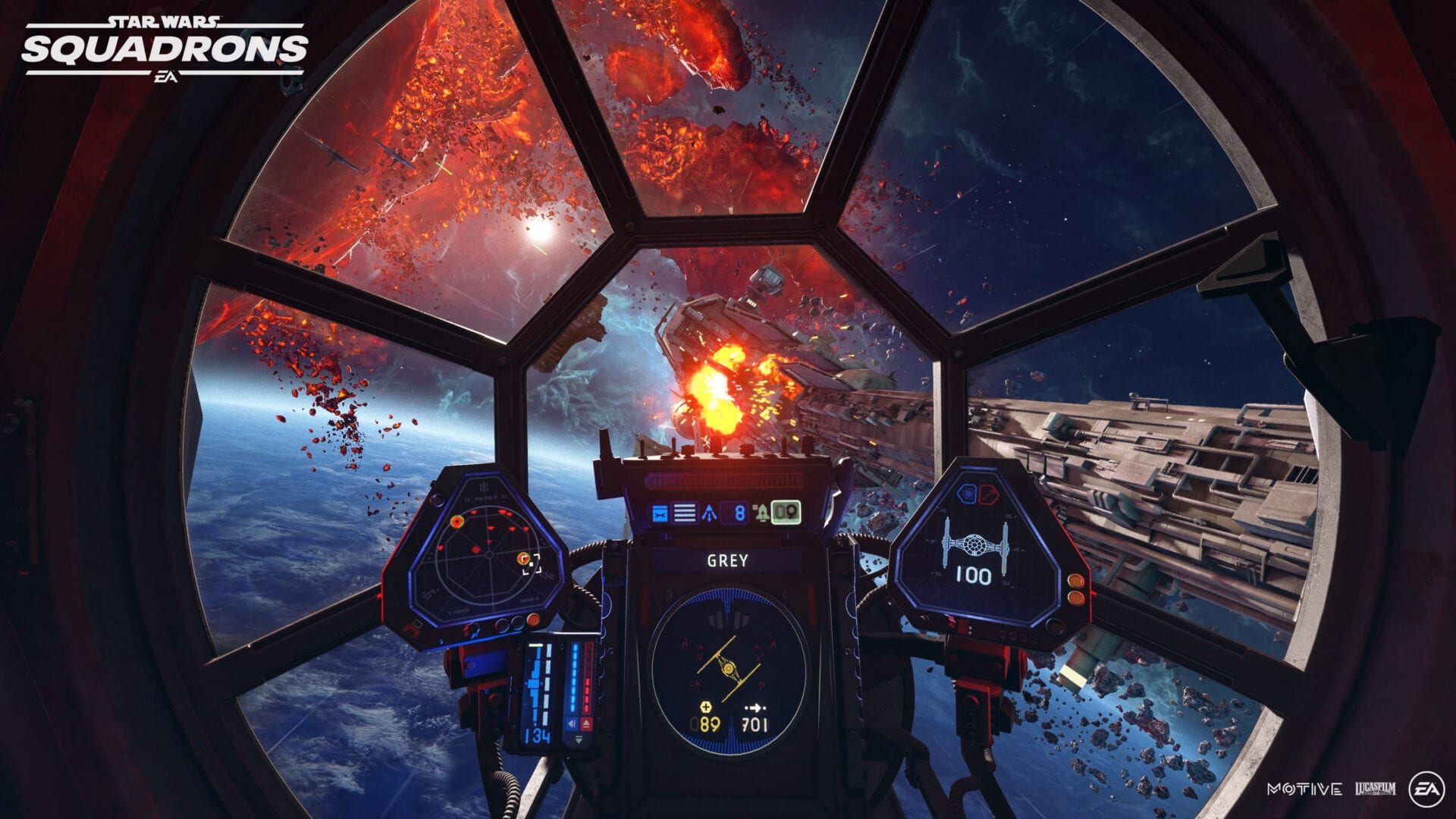 Star Wars Squadrons allows players to live out their dreams of piloting some of the epic starfighters from the beloved sci-fi franchise. Whether it’s the New Republic’s X-Wing or Y-Wing, or the Empire’s TIE Fighter or TIE Reaper you’re looking to hop into the cockpit of, you’ll find incredibly detailed interiors will surround you once you get inside. If you’re looking to up your immersion even further, you may be wondering about Star Wars Squadrons’ Flight Stick and HOTAS support.

Can You Use a Flight Stick with Star Wars Squadrons?

The good news is that yes, you can use a flight stick or HOTAS (hands on throttle-and-stick) with Star Wars Squadrons.

The game has flight stick and HOTAS support on all platforms, meaning you’ll be able to use that Thrustmaster you’ve got in a cupboard somewhere for the PS4 or Xbox One, too.

What is worth noting is that some flight sticks or HOTAS may require players to manually map the controls to their peripheral. Others will automatically assign inputs when they’re connected to your PC or console, but just make sure you’re checking your controller layout in-game once it’s all connected to make sure it’s mapped the way you want.

EA claims that almost all flight sticks and HOTAS will work with Star Wars Squadrons, as long as you’re happy to manually map them as noted above.

If you want to play things on the safe side, though, EA Motive Studios has provided a list of sticks and HOTAS that have been tested and are 100% sure to work with the game:

Again, these aren’t the only flight sticks or HOTAS that will work with the game, but they are the only ones that the developers themselves have tested with the game.

How to Use a Flight Stick & HOTAS

The good news is that it’s incredibly simple to use your flight stick or HOTAS with the game. Simply plug it in, make sure any drivers are installed if you’re playing on PC, and load up the game.

Once you’re in, you can access the game settings and head to the ‘Controls’ tab to see your flight stick/ HOTAS layout. If you want to change any of the inputs that have been mapped, you can do these here.

There you have everything you need to know on using flight sticks and HOTAS with Star Wars Squadrons. Head over to our wiki for more tips, or check out more of our coverage below.