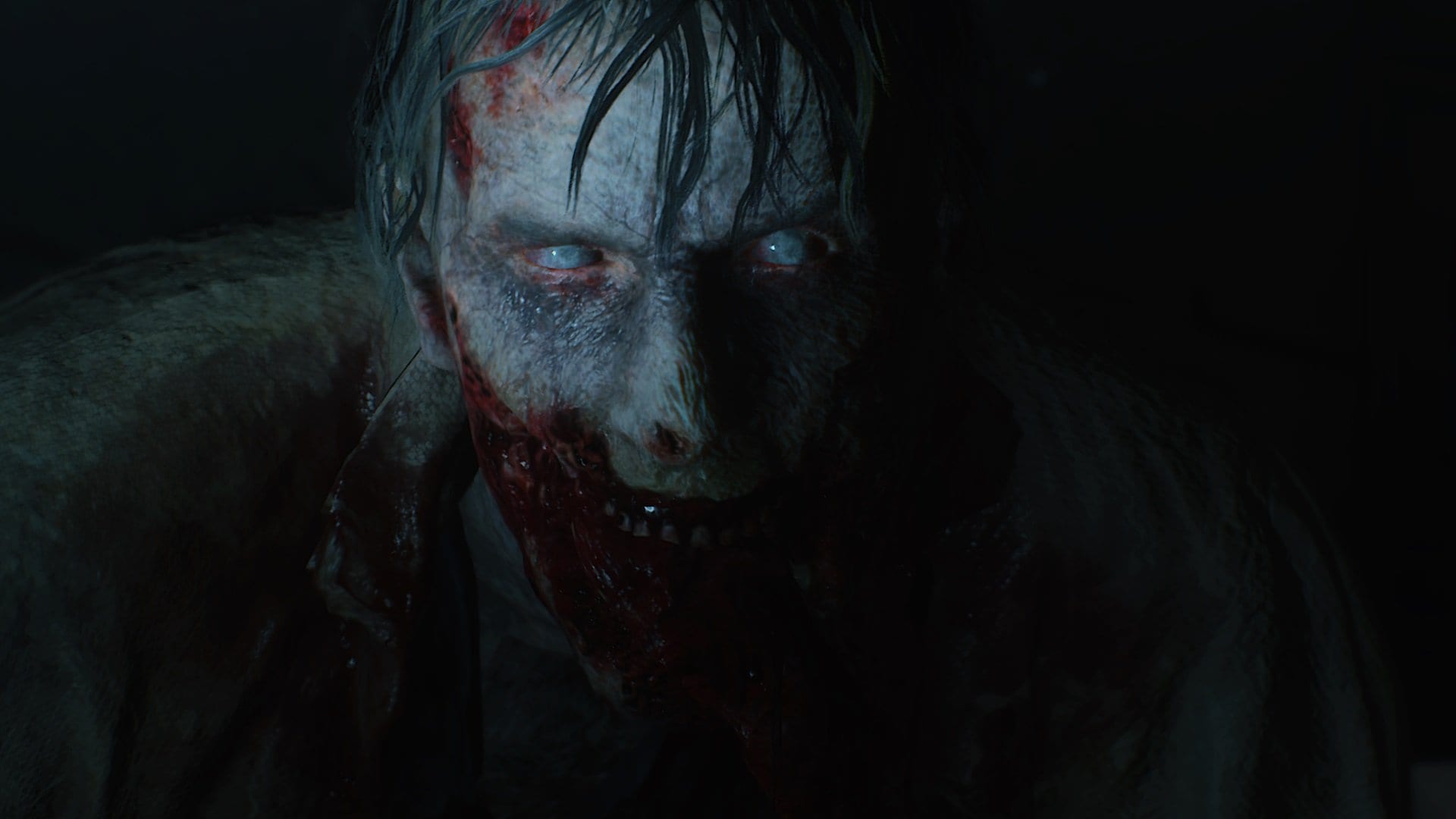 If you’ve ever played a horror game, then you know how important music is to the overall experience. Great soundtracks can set the scene, make you feel genuine dread during enemy encounters, or the track can even be a specific character’s theme.

If you’re in the mood to feel scared during the Halloween season, then we have the list just for you. These songs instill a feeling of dread, anxiety, stress, loneliness, and genuine fear.

Left 4 Dead is a game about fighting your way through hordes of zombies, but as soon as you hear the witch theme, you’re going to stop dead in your tracks.

You always know when you’re getting close to the Witch because she lets out this low wailing that sounds like crying. Don’t let her crying fool you, though; she’ll kill you in an instant.

The game music that accompanies her makes the experience all the more dreadful. Imagine church music that’s demonic and sounds like someone is just mashing the same piano key over and over. Just dreadful.

For a happy and colorful game as Mario, the haunted house level in Super Mario 64 was right out of the left field. It’s a house full of secrets, ghosts, and a piano that eats people, and it’s quite freaky, especially for any kid playing this in the 90s.

What made the house even more unsettling was the low-pitched organ track that played as you walked the haunted halls. It’s scarier than anything from Luigi’s Mansion, and that game has some killer music.

This song is a must-have for any spooky playlist and will forever be etched in the memories of young gamers.

One thing horror games achieve is a great sense of somber and loneliness. They usually play in a location with few NPC type characters, but there is always something ominous waiting around the corner.

This perfectly describes the atmosphere of the Resident Evil franchise (or at least some of its games). Despite all the horror and scares, however, there is one eternal haven, the save room.

Perhaps what makes you feel so safe in the save room is the ominous music. The harp and high wailing sound simultaneously make you feel safe but truly alone. It reminds you of the brief seclusion you have from the nightmares outside the room.

If you’ve ever played old Paper Mario games, you know the stories told within them are not typical Mario stories. This brings us to Twilight Town, a cursed town where its residents occasionally turn into pigs.

While the theme music within the town is creepy, once you get into the forest on the outskirts, things get even creepier.

A somber, dark soundtrack with a high tone sounds like it’s played at the same intervals as a metronome.

Remember to never walk alone in the forest, kids, even if you have a baby Yoshi as a partner.

One of the absolute classics of creepy video game music is the Lavender Town theme, which is just downright depressing. While Pokemon is mostly cheerful and colorful, Lavender Town is sad and grey.

The Lavender Town song has garnered a lot of attention due to a very famous creepypasta being written about it where the song caused a spike in child suicide in Japan.

The chiptune music and jarring chords are enough to make even the happiest person a little upset. It will forever be recognized as one of the scariest songs in video game history.

If you thought Doki Doki Literature Club was a cute dating sim filled with anime girls, then you could not be more wrong. Doki Doki slowly turns into a disturbing psychological horror game that breaks the fourth wall.

When the game starts to get really jarring is when you find that Sayori has committed suicide after everything is seemingly normal. The track of music that plays when you make this discovery is pure nightmare fuel.

It can only be described as carnival music being played backwards that was thrown in at different intervals. It really gives you a taste of what to expect for the rest of the game.

Or otherwise known as the playable teaser for Silent Hills, P.T is the canceled game from Konami and Hideo Kojima. It’s widely considered one of the scariest games of all time, even though it’s just a short demo.

This one is cheating, but almost the entire soundtrack of P.T is terrifying if you listen to it. It definitely acts more like background noise, but it’s definitely there, and dang if it doesn’t elevate the whole game to even more scary heights.

If, for some reason, you haven’t seen a playthrough of P.T, do yourself a favor this Halloween season and do so. I can’t even play it for a second time. It’s so terrifying.

Although not at all a horror game, Majora’s Mask is described by everyone who has played it as being very creepy. The game has much darker themes and tones compared to other Zelda games and is often associated with the concept of death and rebirth.

The one word to describe Majora’s Mask and the Final Hours theme is foreboding. This soft tune mixed with the church bells let you know that the end times are upon you, that only a few hours remain, and to cherish your time.

“Now no time remains… And time is not eternal. Please value your time.”

If you’ve ever heard music that sounds like it just doesn’t go together, then you’ve heard something like Your Best Nightmare. This music track is just pure nightmare fuel.

Everything sounds like a jumble of different music genres, and the absolutely terrifying laugh at the start of the track sounds like it came straight from hell.

Undertale might be a weird game, but this song just pushes it over the edge.

Nothing in gaming can quite match the disgusting and brutality of Pyramid Head from Silent Hill. Pyramid Head symbolizes the main character’s desire to be punished, and the music matches this tone perfectly.

The music itself is somber in tone, but it’s the ambient noises of machines clanking and scraping on the ground that really tie it all together. It’s music mixed with the horror of human-made machines and instruments.

Style, murder, and Suda51. Those three things perfectly sum up the masterpiece that is Killer7. It is full of revelations that take the player on quite the journey, personified by this song, taxidermy.

It starts after the player discovers quite a big plot revelation, and the track sounds like someone falling into a feverish dream where they can’t tell fact from fiction. We do not recommend falling asleep to this one.

It’s hard to see how this can even be classified as music, but it is. Bioshock is a game that isn’t in the horror genre but has some really terrifying themes and imagery.

The Ghost of Lady Comstock sounds like if a fly started buzzing near an old-timey microphone and then proceeded to scream into it nonsensically. It’s irritating but also scary.

There are many unsettling things in the world of Bioshock, and this song is one of them.

Super Paper Mario is known for having one of the best but strangest stories in the Mario franchise. It’s filled with weird characters, places, and music.

The River Twygz is apparently filled with the tears of sinners which gives it a purple hue. Have you ever heard of something this evil come out of a Mario game? Because I sure haven’t.

The music that plays when you enter the water is literally a combination of corrupted voice files and low, methodical tones. This, mixed with the skeletal hands trying to grab you in the game, make this an unforgettable area.

If you’ve ever met the Regenerator, then you’ve met one of the most terrifying monsters in video game history. They stalk the player, are incredibly hard to kill, and the sounds they make are horrendous.

They take these deep, painful, raspy breaths that make you so uncomfortable. The music that accompanies them is perfect because it has this rhythmic drumbeat in the background that resembles someone marching.

Always remember, if you don’t know how to kill something, go for the legs.

Bloodborne is one of those games that does horror better than some horror games, and the music reflects that. Bloodborne’s story and soundtracks have a lot to do with choirs, which is why this piece of music is so dreadful.

The ominous choir and lyrics mirror exactly what Bloodborne makes you feel: loneliness in a world filled with monsters and unknown dangers.

The lyrics to the song are in Latin, but I recommend looking at a translation because it makes the music all more prevalent. Being outside on the night of the hunt is scary, but the music makes it all the more panic-stricken.

We hope these songs put you in the Halloween mood and get you to go back and play some old, scary classics. Whether it’s the foreboding nature of Majora’s Mask or the nightmare fuel of Bioshock Infinite, there’s a lot of ways music can make people feel uncomfortable.