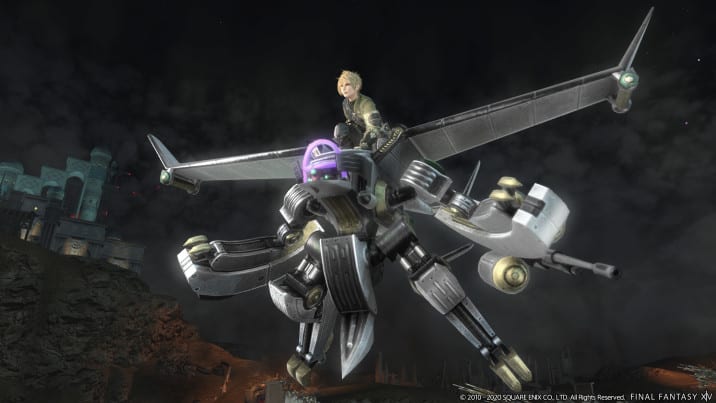 Patch 5.35 is now available for Final Fantasy XIV, and it introduces a brand new area called the Bozjan Southern Front. It’s not quite like Eureka, nor is it quite like Palace of the Dead or Heaven on High, but it does provide players with a less stale way of leveling up their 70+ combat jobs to 80 as opposed to just running the same dungeons over and over again. There are also quite a few new items to grab. Here’s how to get the Gabriel Alpha mount in FFXIV.

Getting the Gabriel Alpha Mount in FFXIV

First things first, you’ll need to access the Bozjan Southern Front from Gangos, and you’ll be able to take on all sorts of enemies and interesting combat encounters here to get your Resistance rank up. While you’re doing these encounters, you have a chance of obtaining Bozjan Southern Lockboxes, which are similar to the trimmed sacks you could get while running Palace of the Dead.

Whenever you get a Lockbox, head back to the first aetheryte in the Bozjan Southern Front and speak with the Resistance Locksmith NPC. From here, you’ll be able to open up all of your Lockboxes, and there’s a slim chance that you might get the Gabriel Alpha Identification Key item.

If you do get it, select it from your inventory and use it, and the Gabriel Alpha mount will be automatically added to your mount roulette. This is a flying mount themed after the flying warmachina you can fight in the area. However, it’s also an extremely rare drop from the Lockboxes, so you’ll likely have to farm the encounters in this area for a while before you eventually get it.

You can increase your chances of getting Lockboxes by participating in the Skirmishes and Critical Engagements that pop up in this area. Along the way, you’ll also earn Mettle, which are used to increase your Resistance rank, as well as Bozjan Clusters, which can be exchanged for other items and rewards with the Resistance Quartermaster.

This is a good place to get your characters to the level 80 cap as well, so it’s definitely worth spending some time here either way while you’re trying to get the mount.

That’s all you need to know about how to get the Gabriel Alpha mount in FFXIV. Be sure to search for Twinfinite for more tips and information on the game.