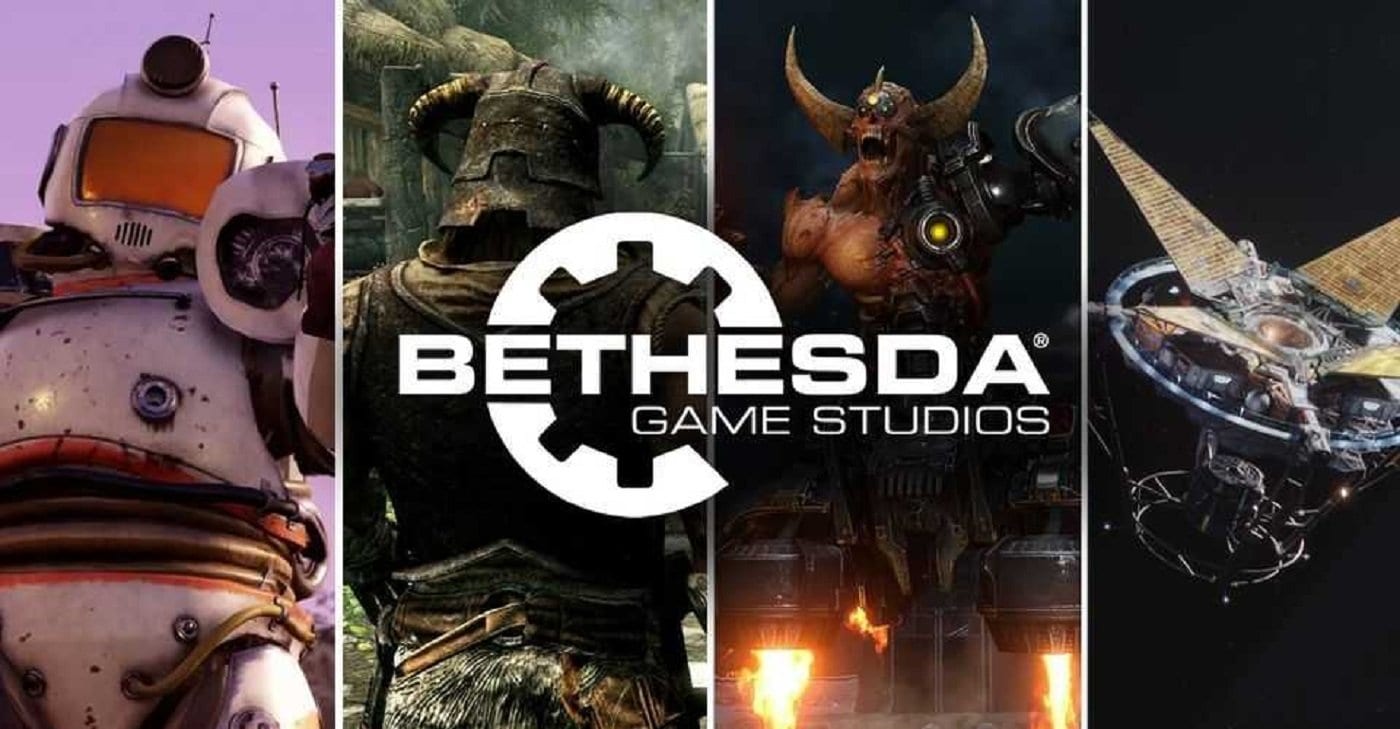 Bethesda, now a Microsoft studio, is one of the the world’s most beloved video game publishers thanks to its famed IPs such as The Elder Scrolls, and efforts as a publisher as well. Let’s take a look at seven of the best Bethesda games that are easily accessible and are worth playing right now.

Surely, you’ve heard of Skyrim? It’s the sprawling, fantastical open-world RPG still played by tens of millions across basically every gaming platform nearly ten years after its initial release. How else could we kick off a list of the best Bethesda games?

Obviously, Skyrim is a must-play, even if its graphics and certain elements of its gameplay experience feel a little antiquated by modern standards. But few modern video games can replicate that same sense of boundless, unlimited exploration as there is in Skyrim. And for the lore hounds out there, there’s simply no rival to the incredible depth of story and lore in The Elder Scrolls Universe.

Even once you’ve played the 100+ hours of story and DLC content, Skyrim’s thriving modding community has realized hundreds, if not thousands, of new ways to experience the snowing plains of Tamriel’s frigid northern expanses.

The Yin to Skyrim’s Yang, Fallout is Bethesda’s other major open-world franchise featuring the same emphasis on exploration and role-playing. The big difference is, of course, the aesthetic and setting, which swaps out the colorful palate of high fantasy for a gritty post-apocalyptic vision of 1950s America.

If you like weird and wonderful settings, Fallout games have always been written and presented in a tongue in cheek manner that satirizes capitalism and corporate greed as 50s consumer-culture meets the grim aftermath of nuclear fallout. It’s a bizarre but brilliant juxtaposition.

As for the gameplay experience, it’s very similar to games from The Elder Scrolls series. While there aren’t classes in a traditional sense, the depth of its role-playing mechanics allow players to experience the game with almost any playstyle they like. There are also factions to join and companions to recruit, with compelling stories told across main, side, faction, and companion quests. The amount of content is staggering.

We’ve opted to tout Fallout 4 here as the series’ high water-mark, both because it incorporated a cool settlement-building system and the best shooting mechanics in the series. But you can’t go wrong with either Fallout 3 or New Vegas, which arguably have better stories.

The revival of the DOOM franchise this console generation has been one of the most successful in memory. Somehow, the founding father of the FPS genre is now once again its tour de force 30 years after the very first game.

DOOM and its sequel DOOM Eternal are fast-paced, adrenaline-pumping shooting experiences that both feel totally incredible to play and look absolutely outstanding. The intensity of the gameplay is just unrivaled, with a design that beckons you to keep pushing forward and continue getting stuck in even when the odds seem impossible to overcome.

It’s honestly hard to see how the franchise can improve on the formula already after having set such a high standard. You simply must try DOOM.

Speaking of successful revivals, the Wolfenstein franchise has enjoyed a similarly triumphant return to the top of the FPS pops.

Developed by MachineGames, the Swedish studio has done a magnificent job with both the New Order and The New Colossus in finding a sumptuous blend between tight shooting mechanics and cleverly written storytelling. It looks and feels fresh and modern, but it feels so quintessentially 90s Wolfenstein.

A huge part of the appeal is the game’s setting, a sci-fi alternate history in which the Nazis won World War II and now command impossibly futuristic and sinister weaponry. From giant robot dogs to laser guns capable of dismembering those unlucky enough to get caught in the line of fire, there’s always some sort of bombastic situation waiting around every corner in Wolfenstein.

We’ve picked out the second game in the series for our list of best Bethesda games, but you could just as easily start at The New Order and enjoy its excellent standalone DLC The Old Blood first. Just make sure you skip Young Blood, the awful co-op spin-off that completely missed the mark in 2019.

You’ll have noticed this list is mainly first-person games of one kind or another, and here we have another for you. But Dishonored is an entirely different sort of animal from the intensity of DOOM or the free-roaming exploration of Fallout.

Traversing the shadowy steam-punk streets of Dunwall, players take control of Corvo Attano on a quest of revenge as he seeks to save his daughter and slaughter those who falsely accused him of murder.

Dishonored is a stealth experience, and one of the very best ever made thanks to some utterly fantastic sandbox level design that allows multiple different approaches to assassinating targets.

Corvo’s supernatural abilities, too, add to the playground feel of each level as he teleports to different locations or takes out patrolling guards in all sorts of strange but inventive ways, like summoning a horde of rats to tear them to pieces.

Dishonored originally launched for the previous console generation, but it’s still superior to its successor. Still, if you’d prefer better graphics and the option to play as a female character then Dishonored 2 is ultimately just as good.

Before Capcom decided it would remake Resident Evil 2 and 3, The Evil Within was the business when it came to a AAA re-imagining of that classic survival horror experience.

And it’s little surprise how well it nails that design given that its director is the great Shinji Mikami, the former Capcom developer behind the beloved and trend-setting classic Resident Evil games.

But while there are all sorts of hideous monstrosities pursuing you in The Evil Within, there’s not a zombie in sight. The premise is entirely different as players traverse a nightmarish imaginary world that shifts and changes throughout the game.

If you’ve played classic Resident Evil, though, you’ll be familiar with the third-person perspective, limited ammunition, safe houses, and other hallmarks of the survival horror genre.

There’s a sequel, too, if you find yourself absolutely in love with the original game and want more. Although, the first game is definitely a better overall experience.

The final entry on our list of best Bethesda games takes us full circle and back to The Elder Scrolls. This time, though, it’s the excellent MMORPG developed by the ZeniMax team that, like many other games in the genre, started off life on the wrong foot before completely turning things around with a huge content expansion.

With the launch of the Tamriel Unlimited version of the game back in 2015, ESO finally felt like a true Elder Scrolls experience connected to the single-player games.

Where before it was merely a generic MMORPG with an Elder Scrolls skin, Tamriel Unlimited added the sorts of gameplay mechanics familiar to fans of Skyrim and Morrowind.

Since then, the package has only gone from strength to strength, with ever more ambitious expansions taking a now thriving and substantial community of players to Morrowind, Summerset, Elseweyr, and most recently back to Skyrim with the Greymoor expansion.

If you’ve never played an MMORPG and you know you like Bethesda games, look no further than ESO. And for those MMORPG players who have long been committed to something like World of Warcraft or Lord of the Rings online, perhaps consider this as a new adventure to sink hundreds of hours into.