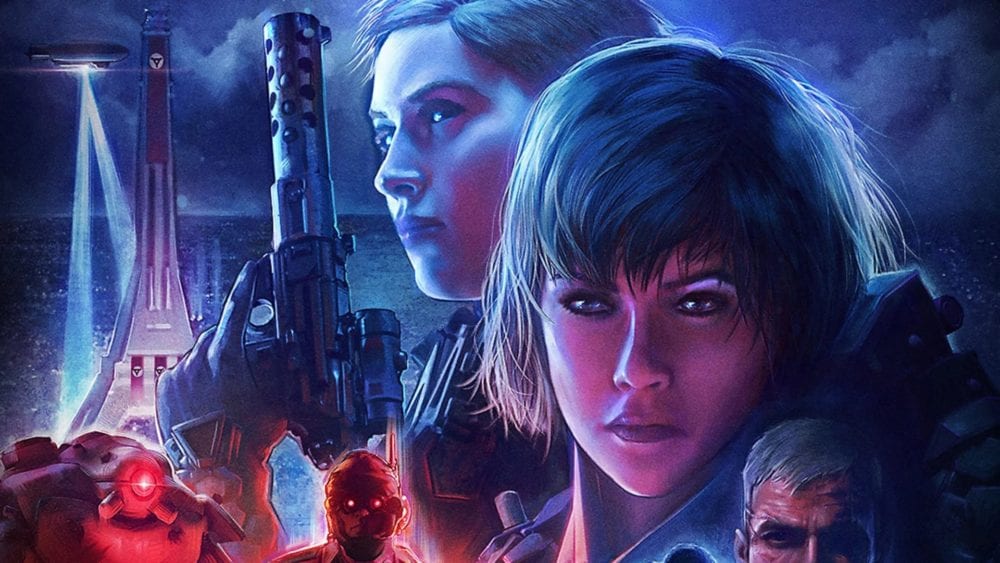 We’ve seen plenty of classic franchises revived in recent years, but Wolfenstein has thrived perhaps more than any other. Genre-leading gunplay and engaging storytelling have set the series down a new path that’s celebrated as something not only fresh but true to the brand as well.

It’s earned Wolfenstein and developer Machine Games a reputation as a bastion for story-driven, single-player shooters of old –the type we’re increasingly told aren’t big sellers and won’t be around much longer.

The previous outing, New Colossus, is considered by many the best yet, which itself followed on from the very decent New Order and its standalone DLC, Old Blood. With the bar set high and seemingly much more left in the tank, the future looked very bright for Wolfenstein, and Youngblood appeared to be the next chapter in this big success story.

On paper, the spin-off definitely has all the hallmarks of another exemplary entry in the series: a 1980s setting full of potential, new characters to add further depth to the ongoing Wolfenstein saga, and a semi open-world design masterminded by the talented folks at Arkane Studios.

All this with the promise of co-operative action on top and I had high hopes that Youngblood could be something really special.

Unfortunately, the reality is quite to the contrary. In fact, almost every new addition Youngblood brings to the table not only fails to move Wolfenstein forward but actually walks it back to the extent that this is the not only one the weakest Wolfenstein game I’ve played since Machine Games took the wheel, but it’s also one of the worst in the entire franchise.

In case you weren’t up to speed, Youngblood isn’t a standard Wolfenstein experience with multiplayer functionality tacked on. Rather, it’s been built as a co-operative game from the ground up in terms of its overall composition.

While there’s nothing wrong with that in principle, it’s been executed in such a way that, save for its familiar aesthetic, makes the game feel absolutely nothing like modern Wolfenstein and not all that fun to play in general.

We’ll start with the story and setting because the notion of a Wolfenstein game with a pseudo alternate history 80s pastiche had me so excited when Youngblood was first announced.

Youngblood actually starts with the sort of lengthy cutscenes that are part and parcel with modern Wolfenstein, introducing us to B.J’s daughters and going some way to set the tone for the rest of the game’s narrative.

But this is really the first and last time the story is presented in a cinematic way, and the rest of new protagonists’ Jess and Sophie’s character development is left to brief in-game cutscenes and unconvincing back and forth chatter between the two during missions.

The lack of context as to what has actually been going on in the 20-or-so years since New Colossus is both puzzling and frustrating. We’re never really given an update on the progress of the resistance or the expansion/stagnation of the Nazi empire, and there’s almost no attempt to frame it in all the interesting and fun ways that the 1980s era lends itself to.

Sure, there’s some appropriate synth beats and some pop-culture references, but there’s disappointingly little else. For such a massive fast forward in the Wolfenstein timeline — the most modern yet — you’d barely know you were in a different era the majority of your playthrough.

There isn’t even much in the way of interesting new Nazi technology or weaponry, which I’d really been expecting. It all feels like a wasted opportunity.

Youngblood is less interested in teeing up its narrative premise and detailing its world and much more concerned with getting you stuck into its gameplay loop as quickly as possible.

After a linear opening sequence, you’re acquainted with a hub-style area not all that dissimilar from mainline Wolfenstein games. The difference is that it’s more literally a base of operations to launch missions this time around, as opposed to being a figurative one that serves as a narrative regrouping point as in New Colossus.

In Youngblood’s Parisian catacombs, a bunch of uninteresting NPCs give you side missions and daily challenges so as to level you high enough to take on its “Raid” missions and beat the game.

Wolfenstein Youngblood has abandoned linear missions and quality storytelling for RPG mechanics and repetitive questing; presumably, in an attempt to lend Youngblood more to co-operative play and maximize the game’s content.

This design choice prompted Machine Games to enlist the help of Arkane Studios, whose talented team’s know-how building the acclaimed semi-open-worlds of Dishonored have transformed Wolfenstein from a linear to sandbox experience.

Some of this has worked out really well, like the verticality of its level design and the way its open sections are interconnected via a network of alleyways, gates, and ducts, meaning there’s always more than one way to get to your objective.

The stealth gameplay which has long been a part of modern Wolfenstein is now much more compelling; the greater freedom of movement and larger levels mean that enemies don’t have to be conveniently placed facing away from the character to make stealth work as they have been in previous games. Sneaking around with a co-operative partner can be tense and exciting.

But Wolfenstein has always been about slick gunplay, and it still feels as though you’re on borrowed time when stealthing around. Sooner or later things are going to descend into glorious, chaotic action. Unfortunately, here again, new changes have really upset the balance.

For some reason, almost every enemy in Youngblood now has a health bar and a greyed out section that represents its armor. Even the most basic soldiers absorb bullets like a sponge, which has changed its normally tactile and satisfying combat to simply holding down the trigger and aiming roughly in the direction of oncoming hordes.

And enemies really do appear in hordes, just like they would in something like Destiny. Wave after wave descend on you, and they constantly respawn in the same exact patterns only moments after you’ve exited an area.

It’s not long before you work out that actually engaging in combat is both meaningless and totally pointless –far better to instead just run past them toward your objective. It really cheapens each encounter, and when combat in a Wolfenstein games feels like a chore you actively try to avoid, that’s a huge problem.

Boss encounters aren’t any more fun. They’re equally just a case of steadily unloading your entire arsenal on the target with teamwork mostly boiling down to nothing more than buffing your teammate with a “pep” or reviving them when they’ve been felled.

The combination of RPG mechanics and co-operative play has at least worked to some extent in the case of characters abilities. By opting for different play styles and character builds, pairs can combine their skills strategically for a coordinated effect. But doesn’t really work while playing solo, when the AI doesn’t want to play ball.

And mostly the skills just frustrated me, anyway; especially when abilities like picking up enemy weapons and duel-wielding were locked behind a level gate.

Those are exactly the sort of skills and maneuvers I want to occur almost unexpectedly during the midst of frantic action when playing a Wolfenstein game, not after grinding XP, unlocking a skill, and then deliberately performing it. That just feels interruptive and off-brand.

Even the weapon upgrade system just feels like progression mechanics for the sake of it. There’s no context to upgrading guns –no searching to find new parts in secret areas or an attempt to tie it into the story. You simply gather coins from literally everywhere and then spend them in a menu. How boring.

Elsewhere, nothing clever or inventive has gone into making Youngblood a co-operative experience outside of combat, though. You’ve got the banal open-a-door-together mechanic and that’s about it.

The only reminder you’re with a friend is the irritating one-liners between Jess and Sophie that seem intent on constantly reminding you you’re killing Nazis and how cool that is: punch a Nazi in the face, Nazi scum, Nazi this, Nazi that, etc. It’s mind-numbing stuff.

I wish I could tell you that in spite of all its problems the intrigue of Wolfenstein’s world, which has always managed to balance its goofiness with an unsettling ambiance appropriate to the nature of its source material, remains intact. But it just doesn’t.

Youngblood has taken the campiness too far and there aren’t ever those spooky moments that have defined previous Wolfenstein games. Nazis aren’t frightening enemies anymore, they’re just moronic, kooky grunts no match for our fearless female protagonists.

Technical and performance issues need to be mentioned as well. On my base PS4 I encountered some lag and stutter during cutscenes, and I’ve had colleagues highlight other minor problems, too, like sound cutting in and out. One even had to replay the Brother 1 Raid after one of the keys (a key item) was seemingly glitched and unobtainable.

Overall, I’m hugely disappointed by Youngblood and I can’t recommend it to anyone passionate about the Wolfenstein franchise. As a co-operative shooter, it’s serviceable, but the game does not hold up when played in solo.

The story has nothing to say, the characters are uninteresting, and the gunplay has been ruined by a leveling system that feels arbitrary and restricts rather than enhances the brilliant combat that’s been acclaimed since the New Order launched back in 2014.

Although Youngblood is likely a spin-off that isn’t necessarily indicative of the series’ future, I’d be lying if I said I wasn’t worried about Wolfenstein moving forward. With this latest installment, it feels as though Machine Games is both running out of ideas and losing the plot a little with what fans have celebrated about this modern era of the Wolfenstein.