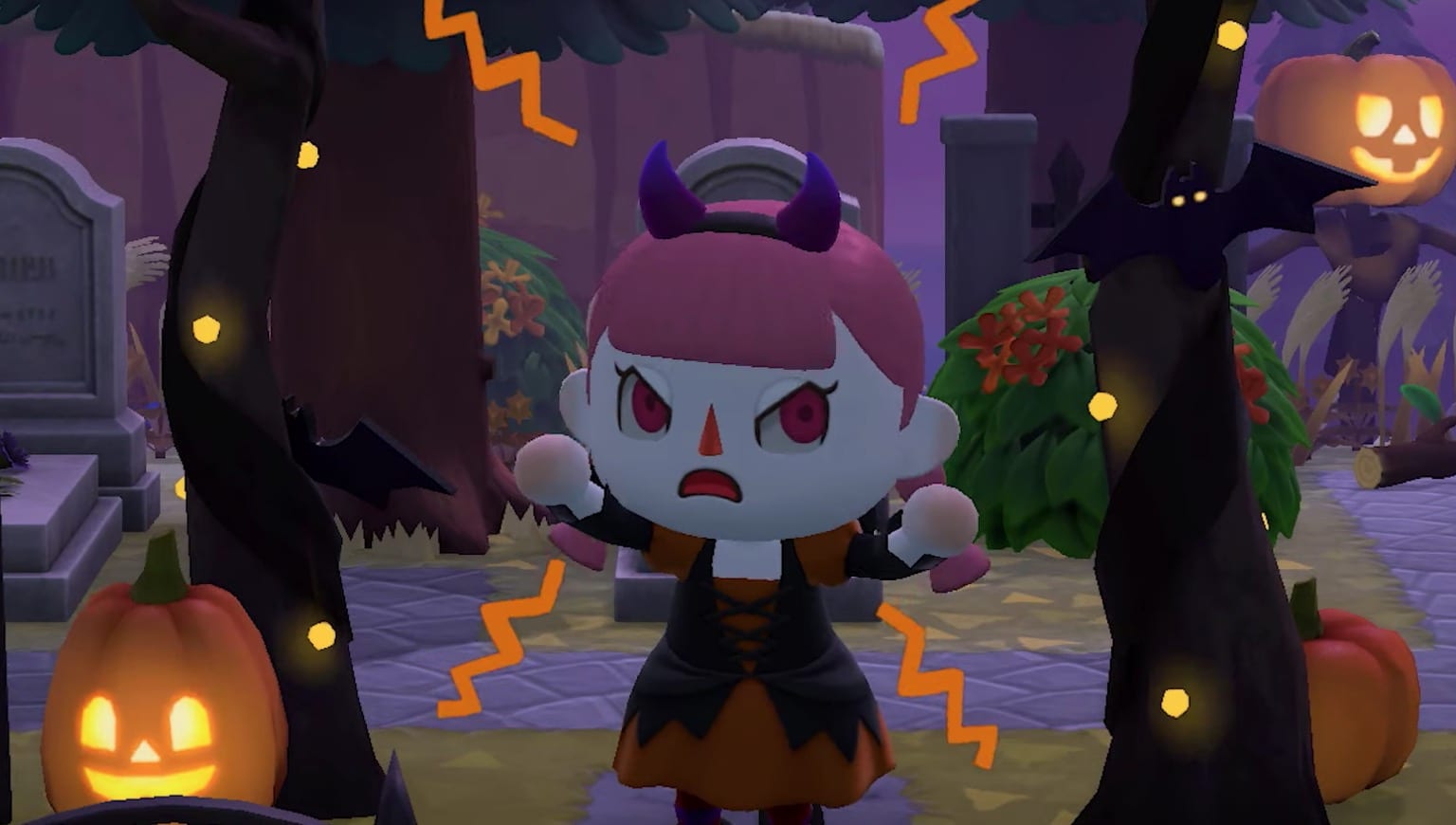 Beginning on Sept. 30, Animal Crossing: New Horizons players will be able to experience Halloween and other Fall-themed festivities on their islands. If you’re wondering what else comes with the new update, here’s a list of everything new that’s coming to the Animal Crossing October update next week.

The entire month of October will be finished off with a bang thanks to the Halloween Night Celebrations on Oct. 31, and you will need to be prepared for the event… with candy of course.

You can go on over to Timmy and Tommy’s store and they’ll have the candy on the shelves for you to purchase. You want to make sure to stock up because you’ll need candy for Halloween night.

Dress Up for the Big Night

During the month of October, you will find some super sinister costumes over at the Able Sisters shop, such as a wicked Mage’s dress. You can also paint your body and eyes to make yourself look especially scary.

If you speak to your fellow residents during the month, you can also obtain Halloween DIY projects that will definitely help you achieve 100% Halloween mode.

How would it be the Fall season without pumpkins all over the place? Not only will you be able to grow pumpkins on your island, but you’ll also be able to use them for DIY projects to get adorable pumpkin-themed items.

For example, you can create a scarecrow with a pumpkin head or a spooky ornament to put outside of your home to scare away the trick or treaters.

Once you have a sick costume and tons of candy in your pockets, you will finally be prepared for the big Halloween party that occurs on Oct. 31 after 5pm. The plaza will be decorated from head to toe with Halloween goodness and you’ll be able to meet Jack, the Czar of Halloween.

Your neighbors will be in costumes as well and you can give them candy as gifts and learn new reactions too. You want to make sure to give Jack some candy as well since you can earn some mysterious in-game rewards.

And last but not least, to cap off the Animal Crossing: New Horizons October update, the NookLink app is getting a new update. It will allow players to easily perform reactions in-game by using the mobile app.

The update will come sometime in early October.

It’s also worth noting that Nintendo is planning to release the next free update for Animal Crossing in late November. And based on the images from the trailer today, the updates will cover Harvest Festival and Toy Day, the Animal Crossing versions of Thanksgiving and Christmas.

And that’s all you need to know about the new October update for Animal Crossing: New Horizons. If you’re on the hunt for tips and tricks, we have a dedicated Guide Wiki for you right here.