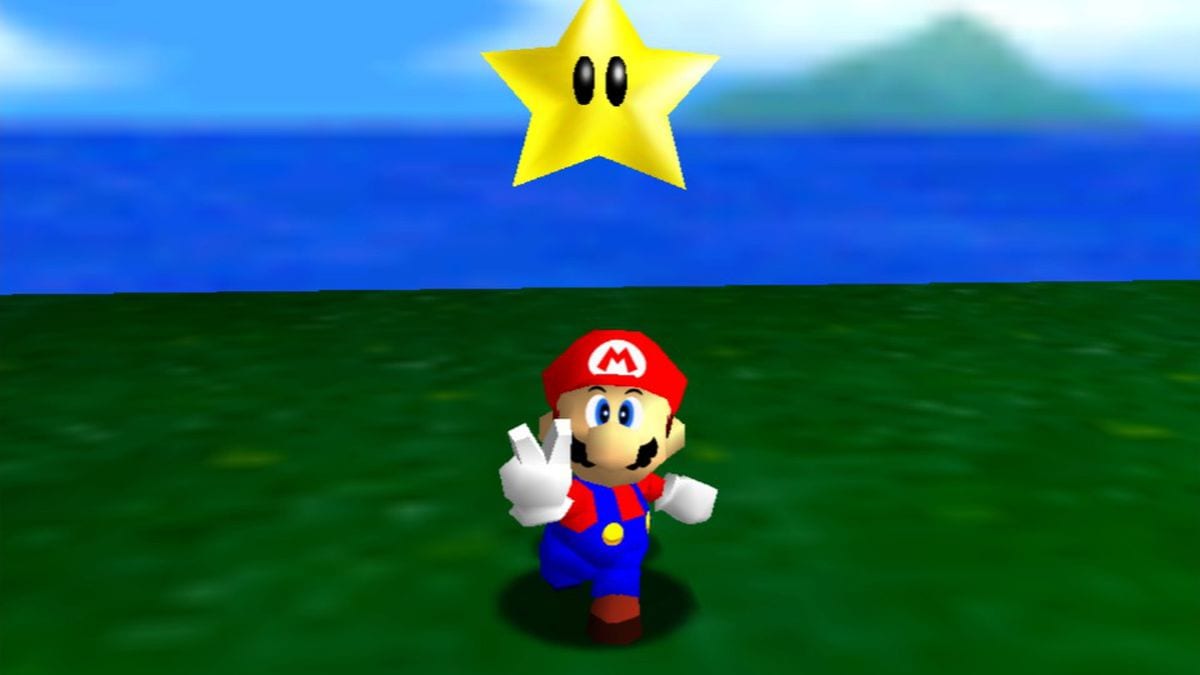 So let’s get a couple things straight first. Yoshi is not playable in this version of Super Mario 64. Yes Yoshi appeared in the DS version, but the DS version this is not; our green reptilian friend will need to sit on the sidelines for this adventure.

That said, unlike Luigi and Wario who are banned from the proceedings in 3D All Stars, Yoshi does appear in Super Mario 64 just as they did in the original game.

How do you see Yoshi then? Well it’s the same process as in the Nintendo 64 version.

First, you need to collect all 120 stars. This not an easy task and it may take you quite a bit to do, especially if this is your first time playing Super Mario 64 and you’re not familiar with how to collect every star in each world and the castle secret stars.

After you’ve done that a cannon will appear in the castle courtyard after beating the game. You can fire yourself out of the cannon up to the castle’s roof and you’ll be able to visit and have a quick chat with our ol’ pal Yoshi as an Easter egg to fans of Super Mario World where Yoshi made its debut.

How to Get to Yoshi on Top of Castle in Super Mario 64:

That’s all you need to know about how to get and see Yoshi in Super Mario 64 in 3D All Stars. Unfortunately there isn’t too much else to it but hey, at least Yoshi still made it.