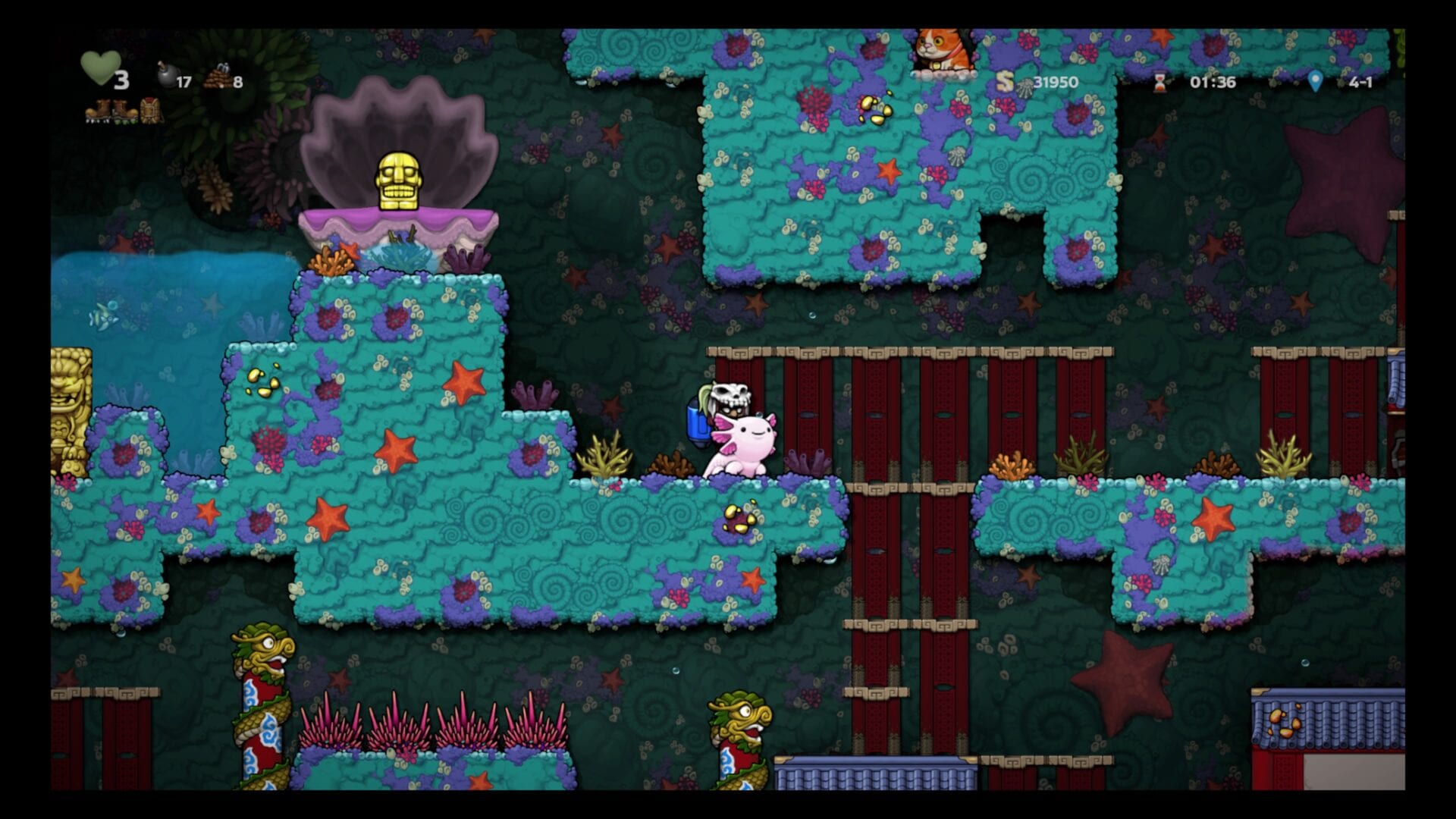 Ridable mounts are some of the coolest new additions to Spelunky 2, allowing you to reach closed-off parts of levels while also offering different abilities based on which one you’re using. The Axolotl in particular is one of the rarer and most interesting mounts in the game, and to make sure you don’t miss out on it, we’re here to walk you through how to get an Axolotl and what they do in Spelunky 2.

Like with other mounts in the game, there are two ways to get an Axolotl in Spelunky 2.

The first is to find one while exploring the fourth Zone of the game, known as the Tide Pool. They can typically be found near pools of water, and will launch bubbles to trap you if you get too close to them.

Like with Turkeys or Rock Dogs, you can turn them into a mount by jumping up onto their backs and staying on while they frantically run to the left and right for a bit. They’ll also launch bubbles out in front of them while they do this, so be sure to jump off if you don’t want to be captured and damaged by one. Once it slows down and hearts start to pop up by its face, you’ll know you’ve tamed it.

The other method is to buy one from a Pet Shop. Generated randomly in levels throughout the game, these shops offer both Pets you can bring to the level’s exit for extra health and mounts you can ride to gain extra mobility and abilities. Though on the rarer side, Axolotls do appear from time to time and can be bought for a few thousand dollars.

What Special Abilities Axolotls Have

Once you have an Axolotl in your possession in Spelunky 2, you’ll be privy to a rather special mount and its abilities.

In addition to the usual double jump that allows you to reach formerly inaccessible areas, you’ll also gain the ability to shoot bubbles out at enemies to capture and damage them. Likewise, you’ll be able to travel faster in water, making your progression through places like the Tide Pool much more manageable.

Hopefully this cleared up how to get an Axolotl and what they do in Spelunky 2. For more on the game, check out our guides on other topics like how to use Shortcuts to skip levels and how to get the Udjat Eye.