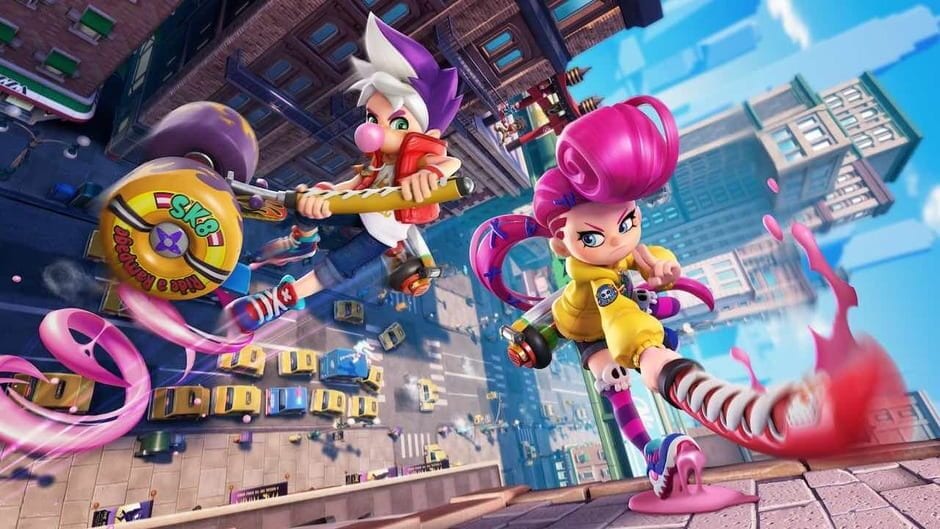 Ninjala is a new multiplayer online arena brawler game for the Nintendo Switch that’s free-to-play. Its visually charming art style, wacky characters, and enjoyable combat system sets it apart from other games in the same genre and makes it stand out on its own, which are just some of the things that I praised in my initial preview, and eventual review, of Ninjala.

And not only are the online arena modes entertaining, but there’s an entirely another side of Ninjala that flies under the radar.

Ninjala has a separate single-player campaign with tons of lore to dive into for the quirky setting of the game and there’s even an animated series on YouTube and another with 3D CGI graphics.

Twinfinite had the opportunity to speak to president and CEO of GungHo Online Entertainment, Kazuki Morishita, to talk about where the concept of Ninjala came from, the lore of the world, and more. You can read the entire Q&A down below:

Features Editor Greysun Morales: Ninjala’s story and its world are centered around the characters being able to harness the power of Ninja Gum. Why was gum chosen as the source of power? Where did that idea come from?

Kazuki Morishita: When we create games, we try to start with the concept and theme of the game first, rather than starting from the world setting or story. Originally I thought of the idea after seeing some children playing pretend chambara (sword fighting) with some tree branches.

When I saw them playing, I felt that chambara is like a human instinct that is also enjoyable. From there we imagined a multiplayer PvP action game with a chambara + ninja theme.

But there are many ninja-themed games that feature an orthodox, old school feel with a lot of blood and violence, so I wanted to create something more “pop” and casual that players of all ages would enjoy.

When it came to designing the UI that would be the core of the game, I happened to be chewing on some bubblegum while thinking it over. I casually blew a bubble and at that moment the whole idea came to my mind.

Gum can be shaped into other forms and blown up into a bubble. I thought the flexibility of it being able to be transformed into other shapes could be used like a ninja’s transformation technique, so we created the concept of “Gum Action,” which became the core of Ninjala’s gameplay and became what we now have as the Ninja-Gum Action game.

Greysun: How long does GungHo plan on supporting Ninjala with free content? How many stages would you like to see added to the game?

Kazuki Morishita: We plan to continue supporting the game for the long-term, but we also want to create content that can be enjoyed for a long time and possibly be compatible with new platforms in the future. Also, we plan on adding a new stage every season that is themed around a different country.

Greysun: Speaking of adding content, how many story chapters will there be added to Ninjala? And when can we expect Chapter 2 to come out?

Kazuki Morishita: Story Mode chapters will continue regularly, and Chapter 2 will be added in Season 3. In Chapter 2, a different character will be featured as the main character, and new enemies will appear other than Space Ninjas.

Greysun: The several episodes that are included in the first story DLC pack features an assortment of enemies to fight.

I was very surprised to find out that the final boss fight was against a gigantic soda pop bottle. Will there be more enemies like this in future DLC story episodes? And most importantly, why soda? Can any inanimate object in Ninjala’s world become alive?

Kazuki Morishita: New bosses will definitely be appearing in subsequent Story Mode chapters as we move forward. Space Ninjas have a special ability where they are able to “possess” and manipulate inanimate objects.

In Chapter 1, they possessed a billboard that featured a large sculpture of a soda company mascot, which was a stage object in the game.

Greysun: And also, can you talk about the mysterious Ninja donned in blue at the end of chapter 1? Where are they from and what can we expect from the character in Chapter 2?

Kazuki Morishita: The mysterious Space Ninjas are extraterrestrial life forms. A long time ago, a meteor fell to Earth causing a change in the DNA of the ecosystems in the villages surrounding the impact point, and the power of the shinobi took shelter.

Space Ninjas appeared on Earth with the intent of collecting and bringing back the meteor and its scattered fragments. Chapter 2 will be a continuation of Chapter 1, and the objective of the Space Ninja will gradually become clear.

Greysun: For those that just end up playing the free to play multiplayer mode, what are some ways that you might seek to help them pick up the lore and story through their gameplay?

Kazuki Morishita: The main mode of play in this game is the online match play. Given that there are many users who are not as interested in the single-player mode, we have decided to make it available separately as DLC.

However, I hope that even those users will be interested in experiencing this world and story through the web cartoon anime and the 3D CG animation, which are available to view on the official Ninjala YouTube channel.

Greysun: You mentioned that Ninjala has an anime that stands alongside the game, but are there any other plans to flesh out the world and lore of Ninjala even more?

Kazuki Morishita: We plan to showcase the background stories for each character in the current web cartoon animation. Also, we are currently preparing to produce a sequel to the 3D CG animation.

Ninjala is now available to download for free on the Nintendo Switch eShop. You can check out our review right here as well as a news story about the game hitting the three million download mark.