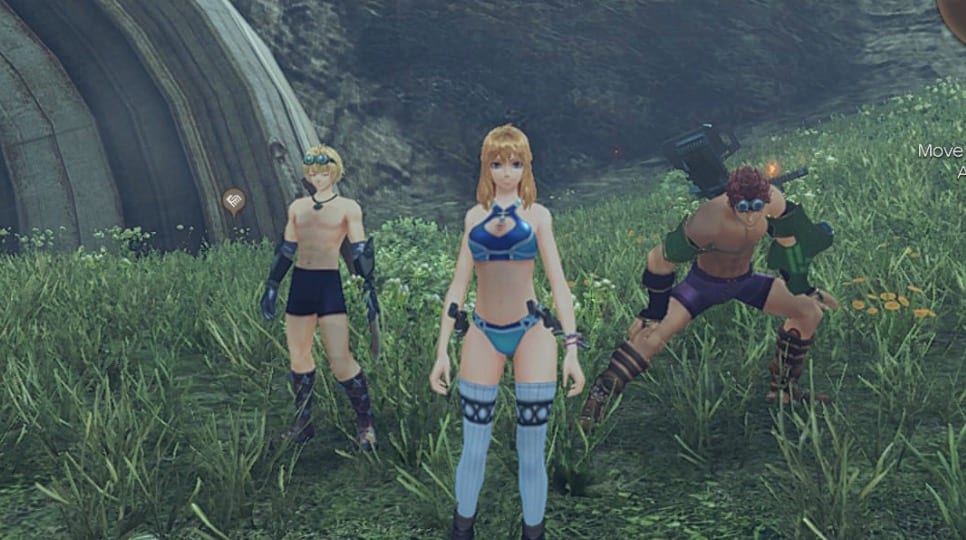 Xenoblade Chronicles: Definitive Edition is a suped-up remaster of a hidden gem of a JRPG that came out on Wii but was unfortunately played by a small pool of people. Being one of those few people who played the game back in the day, I felt like it was necessary to dive back into the massive role-playing game and check out just how Shulk’s new face looks.

And after playing for a couple of hours, it turns out that not only do Shulk and his crew look fantastic (especially for a ported Wii game) but the environments and enemies have cleaned up well and the small but important QOL (quality of life) changes seem to overhaul the entire experience.

Now, let me be clear, it’s hard to say just what all of the changes are considering it’s been almost 10 years since I’ve played this game, but it’s easy to notice that the sidequests are easier to manage/complete, the battle system is made simple to understand with concise tutorials, and the characters don’t look like pieces of trash.

Exhibit A down below:

Yeah, you can see now just well touched up the game is now.

So anyway, once I eventually came up to the first shop seller to purchase equipment for my party, you know, like swords and gems (your typical JRPG goods), I came to the realization that the characters would display their equipment during cutscenes and things, which bothered me at first.

Purchasing the most powerful equipment I could for Shulk was my first goal and once the deed was done, his outfit ruined the early cutscenes and I just could not take him seriously.

He’s supposed to be this small-town boy from Colony 9 but I just turned him into a damn God of Light:

But it turns out that you can actually change your party’s visual appearance in Xenoblade Chronicles without messing with their respective equipment and I had a sigh of relief. Going through the equipment menu once again, I had discovered that bathing suits were basically an option although the “clothing item” in-game was labeled as “Ecru Type”; It’s a swimming suit –call it for what it is.

I did the only thing that any human being playing a JRPG with anime tropes and a melodramatic story could do and that was to put my entire party into their bathing suits and then immediately have a photoshoot to include pictures in this article –there’s even a video!

Here’s Shulk and his tank, Reyn, posing in the Military District in Colony 9 looking like models:

Once Fiora joined the party, it was all over from there:

Here’s Fiora jumping off of a cliff to her death –she looks good though:

We killed them and got tons of experience points:

Xenoblade Chronicles: Definitive Edition’s writing and approach to telling a compelling story can be quite melodramatic and cringy at times, which is why I think the best way to experience this JRPG is by equipping those Ecru Type clothing items and waltzing around the open-world, killing enemies and looking cool as heck.

You’ll enjoy it much more, trust me.

And if that doesn’t work for you, just put everyone in that God of Light suit and pretend you’re playing as the Power Rangers or something.