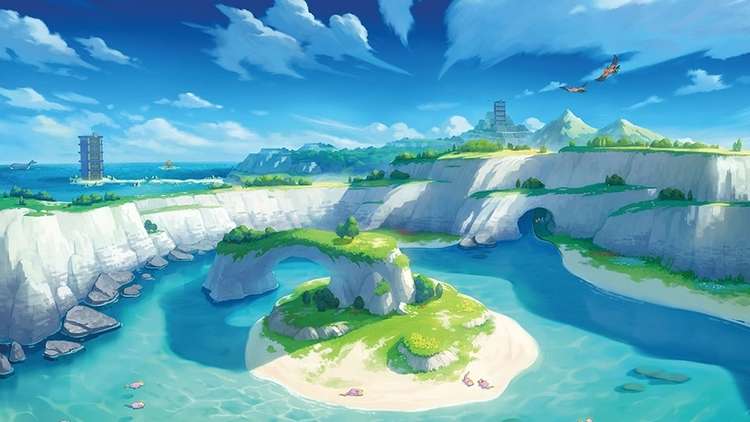 The first thing that you’re going to need to do is make sure that you catch the Galarian Slowpoke at the station before you even set off to the Isle of Armor. Basically, you can’t go to the Isle of Armor without catching it, and it’s impossible not to catch.

Next, you’ll need to make your way to the Isle of Armor by climbing aboard the train. Keep in mind you’ll need the Pokemon Sword and Shield expansion pass. If you don’t you can’t access the DLC.

When you’ve arrived at the Isle of Armor, it’s then a case of getting to work seeking out Galarica Twigs. These are incredibly easy to find, as they’re often the glistening item at the foot of trees on the island. You’ll need to pick up eight Galarica Twigs by doing this.

With the eight Galarica Twigs in your inventory, now all you need to do is make it down to the island just south of the very southwest tip of the main island. We’ve marked it on our map below.

That’s everything you need to know on how to evolve Galarian Slowpoke in Pokemon Sword and Shield. For more on the Isle of Armor expansion, be sure to check out more of our coverage below. Otherwise, you can head over to our Sword and Shield guide wiki for all the tips and tricks we’ve got covering the base game.