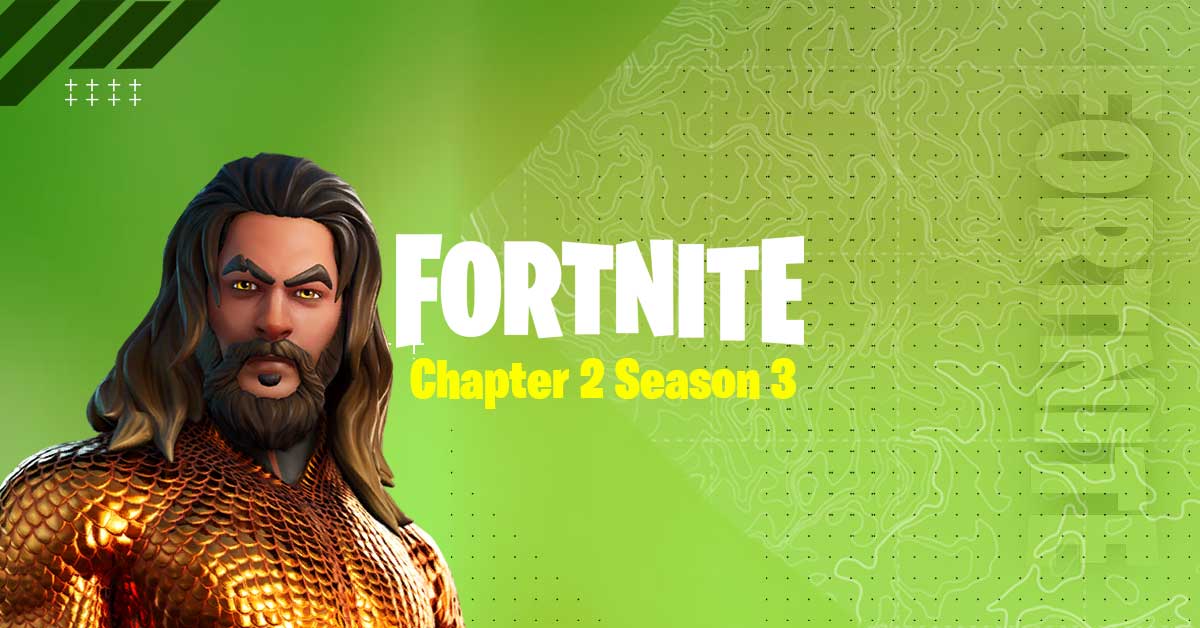 Fortnite has a distinctly Waterworld-lookin’ makeover for Chapter 2 Season 3, with the island completely reshaped by heavy flooding. That means lots of changes to the map’s overall layout, and as you’d expect, a stack of summer-themed challenges and activities on top of the standard battle royale loop. Here’s a breakdown of everything you need to know about Fortnite Chapter 2 Season 3.

What’s New in Fortnite Chapter 2 Season 3? Everything You Need to Know

Changes to the Map

Let’s start with the most notable and obvious change: the island has been completely revised with the flood. In fact, it’s not really a single island anymore but an archipelago of multiple islands. Even the starting island is different.

As you can see in the above image, the western side of the island in particular has been given a major shakeup.

The new Agency, which is called the Authority, is the map’s most striking new POI. Venture inside its intimidating facade and you’ll find a facility with porta-potties and ziplines inside, though the general layout is fairly unchanged from before.

From our limited time with the new season so far, we’ve found the chests and floor loot to be pretty OP. Obviously, there will be lots of players heading there, though, so it’ll be a risk/reward sort of location.

According to Epic, players can expect the water to recede over time, uncovering more locations as the chapter moves forward. Apparently, there will be new ways to get around as the roadways are uncovered.

Other major changes include the disappearance of The Shark underwater, though there are quite literally sharks now in the water! Also in the water are giant whirlpools which players can use to propel themselves upward (read more about how to use them here).

Just some of the map locations that have been consumed by the flood include Risky Reels and Craggy, which are now totally submerged. Frenzy Farm is partway underwater, as is Greasy Graves.

Finally, some other small tweaks and island-themed adjustments include the presence of certain chests that have grown a pair of legs! Also, campfires will now burn you if you stand on them, so watch out.

Speaking of watching out, be wary of AI marauders that drop in from rifts and roam the map ready to strike unsuspecting players.

Changes to the battle pass bring a number of new skins, emotes, and more into the rotation. If you’re after information on how to get the battle pass, then check out our dedicated guide.

The are several new skins, such as Fade, Ocean, Jules, and Scuba Jonesy, while you’ll also be able to make the most of them with cool new emotes like Flipping Away and contrails such as Waterfall and Stardrop.

One of the most notable new features Chapter 2’s Season 3 brings in terms of aesthetics are the customizable umbrellas. Called “Brella” they start off with a very basic look but can be modified as you work your way through the season with different colors, tops, shafts, and more. It really is quite in-depth.

In fact, we’ve written a detailed guide on exactly how to customize your Brella.

Chapter 2 Season 3 sees plenty of new weapons/items enter the rotation. The full list is as follows:

More information is available in our detailed guide on all new weapons in Season 3.

Plenty of weapons are also making a big comeback, too, with several unvaulted and ready for action. This includes:

A tweak to the meta has adjusted a handful of guns, too. Some are now more or less powerful, or have new functionality. This is as follows:

Two weapons have been locked up for the time being: the Season 2 Mythics, and the Pump Shotgun.

The first week of Season 3’s challenges is, of course, already live. Below we’ve listed what’s on the agenda, though you can find out more in our detailed guide on week 1 challenges.

That does it for our roundup of everything new in Fortnite Chapter 2 Season 3. For more useful information on the new season, Twinfinite has a dedicated wiki page.