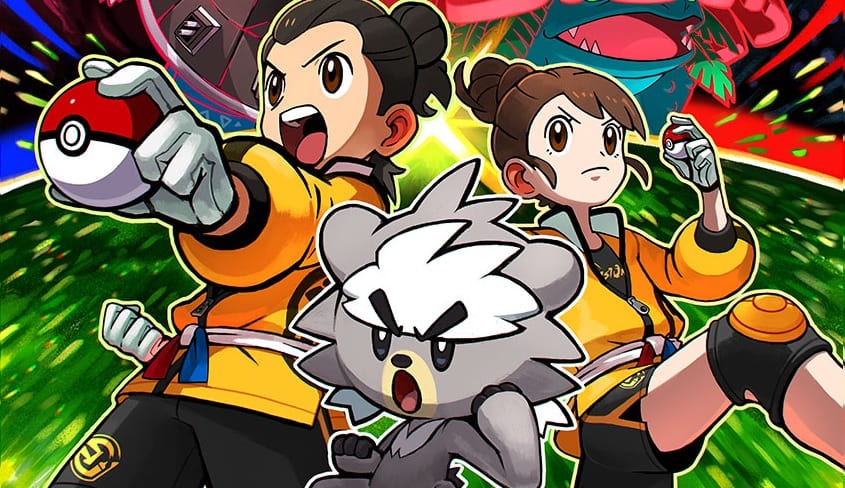 The first part of the Pokemon Sword expansion pass, The Isle of Armor, releases next week on June 17. The DLC was first unveiled in January, and Nintendo shared new details last week.

There’s a lot of information to unpack regarding The Isle of Armor between the trailers and details on the Pokemon website, so we’ve compiled everything there is to know about the first expansion pass.

The Isle of Armor Story

The first part of the expansion takes place on the Isle of Armor, which is an open wild area. You can access this as long as you’ve reached the regular wild area in the base game; it’s okay if you haven’t completed the main story.

The Isle of Armor story involves a dojo that is run by a character named Mustard. Mustard used to be the Galar champion for 18 years, and he gives you the legendary Pokemon called Kubfu in order to complete a tower challenge.

Besides the former Galar champion Mustard, there are a few other new characters you will meet in the expansion pass.

There will also be a new character called Peony, who is challenging the towers along with his daughter. Not much is known about him except that he is trying to find the truth behind the legendary Pokemon in the region.

There are some brand new Pokemon to look forward to encountering in The Isle of Armor expansion pass.

The new legendary Pokemon, Kubfu, is a Fighting-type that will be given to you at the beginning of the story. It will evolve into Ursifu, which has two forms (single strike style and rapid strike style) depending on which version of the game you are playing.

“Max Soup” is a new feature in the expansion that will give Pokemon with “great hidden potential” the ability to Gigantamax. We’re not sure exactly which ones this includes, but it will be helpful if you’ve caught or bred a Pokemon that you want to give the potential for it to Gigantamax in battle.

Many More Additions in The Isle of Armor

There are also a lot of smaller additions to the expansion pass that you will encounter while you play.

For example, new items will be added, such as Apricorns for special Pokeball designs and an experience charm that will help with leveling up your Pokemon.

A new feature called the Cram-o-matic, which looks like a robot Cramorant, can be fed four items to produce rare items.

There will be new move tutors who will teach your Pokemon special moves. You can ask them to teach them inexchange for Armorite Ore, which are obtained through Max Raid Battles.

There will be many new clothing items available for purchasing and customizing your trainer. Also, new league card designs will be added.

Restricted Sparring is a new type of battling that will be introduced in which you will be limited in which types of Pokemon you can use. There isn’t a lot of information about this yet, but it will be a new way to battle that will make you rethink your strategy.

Those are all of the exciting details you can look forward to in the first half of the expansion pass. The Isle of Armor releases on June 17 and can be purchased for $29.99.

You can watch the latest trailer here. While you wait for the expansion, you can receive a mystery gift in the game by following the instructions here.