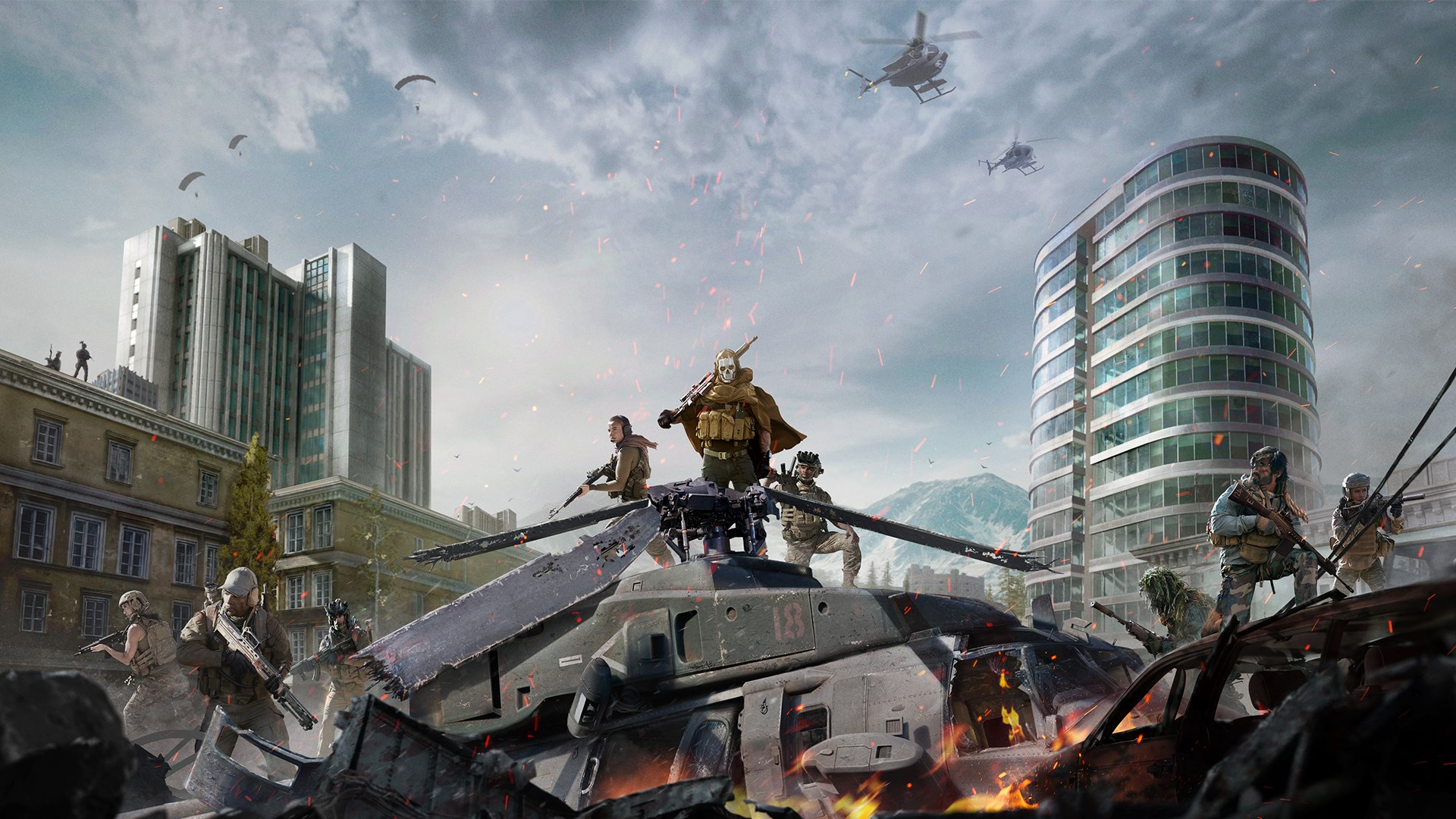 Fortnite’s unprecedented and inventive epic events, which change everything from the game’s actual landscape to the weapons players can find, are completely unrivaled. No other game has come close to the game-changing visual spectacle that Epic has managed to create over the years.

With how popular Warzone has become since its launch earlier in the year, players have been clamoring for similar things to be brought to Verdansk, to keep everyone engaged and the experience fresh.

Their appetite increased even further when the topic was broached by Taylor Kurosaki, the Narrative Director at Infinity Ward, in an interview with Venture Beat.

When asked if Fortnite style events were on the cards, he said, “That’s exactly the kind of thing that we’re working on, that we have planned. Again, it’s all going to fit into this macro that we’ve established in Modern Warfare, and that we’ve continued into Warzone.”

Ever since, players have been searching for secrets throughout Verdansk, asking what everything means and wondering how things could tie into a potential Season 4 event.

As far back as when Warzone first launched, there were phones across the map (such as at the top of the Air Traffic Control Tower at Airport), keycards, and bunker doors that you could interact with.

However, they’d either do nothing or buzz at you as if access was denied. As you can see in the image below, interesting things were scattered across the whole map.

About a month ago, players started to find red keycards inside legendary chests. They were rare, but it quickly became clear that they were to be used on the bunker doors, even if they didn’t work right away.

Then, reports of players hearing wolves howling inside the Dam began to increase. If you walk down below it, they’re easy to hear, and they could tie into a season 4 event too, even though it’s currently unclear exactly how.

Today, following the release of Update 1.21, things have begun to ramp up and get more exciting. The keycards can still be found in legendary and standard chests, but they now actually open the bunker doors, revealing what is inside.

The bunkers are full of chests, killstreaks, and cash for the team to collect and spend but the mysteries don’t end there. At the end of the bunkers, there are more locked doors that you can interact with, presumably hiding even bigger secrets.

In Bunker 11, which has a red rather than a green light on its outside until you follow a certain path, players have managed to spot a nuke. As Eurogamer pointed out, Warzone dataminers found that “nuke_coreless” is in the game’s code, which could point to you needing to find a core to make the nuke functional.

Also, the phones have begun to ring and you’re able to answer them. When you do, a message in Russian plays, and according to Reddit user Froxion, it says the following:

– “To all units! The base is captured, change the encryption!

The phones and the message all link to the mysterious Bunker 11, which was initially locked and contains the nuke. There’s even a glitched computer inside that could link to the laptops that are scattered throughout the map and still seemingly have no use.

The question is what this could all mean for the future of Verdansk and Warzone itself. Are big changes coming in Season 4? Surely, if Infinity Ward is going to these lengths to drip feed the community secrets, it must be signalling more than a cool easter egg or such like?

The first possibility –and one that would be hugely exciting– is something that is tried and trusted in Fortnite: significant map changes. What they could be is impossible to say, but could the nuke be used to change the lay of the land?

Infinity Ward could, for example, nuke somewhere significant like Downtown, Stadium, or Dam, allowing for the introduction of new named locations. Now, you could say that it may be a bit soon since the game’s release for big changes to be made, but if the intention is to keep things fresh than that would certainly nail it.

Maybe the north of the map could warm up, melting the ice and overflowing the Dam. If places like Airport, Military Base, or Quarry were somewhat underwater, it could dramatically alter some of the most popular drop zones in Verdansk.

Another possibility is that the nuke has an entirely different use. It could be the return of the nuke killstreak, allowing players to insta-win or perhaps wipe out certain sections of the map and everyone in it.

For that to be the case, getting to the nuke would have to be even more difficult than even getting into Bunker 11 is now, but it would promote other tactics beyond completing contracts and the building of cash.

Maybe the second doors inside bunkers could open up new locations of their own, with larger places being hidden inside? Alternatively, they could provide shortcuts that let you get around the map quickly.

It would be cool if entering Bunker 00 in the south gave you the opportunity to leave in somewhere like Military Base in the north, without removing the restrictions that the gas provide.

Dataminers have also figured out that different colored keycards will be in the game at some point, on top of the existing red ones, so maybe the different cards could allow you to get further into the bunkers, providing you even better loot.

The final option that we can think of is whether the bunkers and wolves are connected. If you get through the second door in a bunker, maybe you’ll need to fight wolves to get what’s there, or maybe you’re given the opportunity to release them into the world to take on your enemies?

Although that said, I doubt that would work particularly well for it being too close to the kind of action that Zombies provided in Treyarch’s games. But surely the wolves play more of a part than in just mysterious sounds?

With the secrets being uncovered at a faster pace every day, I’m sure we’ll know more about what’s happening soon. There are loads of opportunities for Infinity Ward to do something cool, something that rivals the events that Fortnite has put on over the years.

If they pull it off, Warzone could become the battle royale game and more than just a great mode for an existing game.

What ideas and wishes do you have for a Season 4 Warzone event? Let us know in the comments down below.