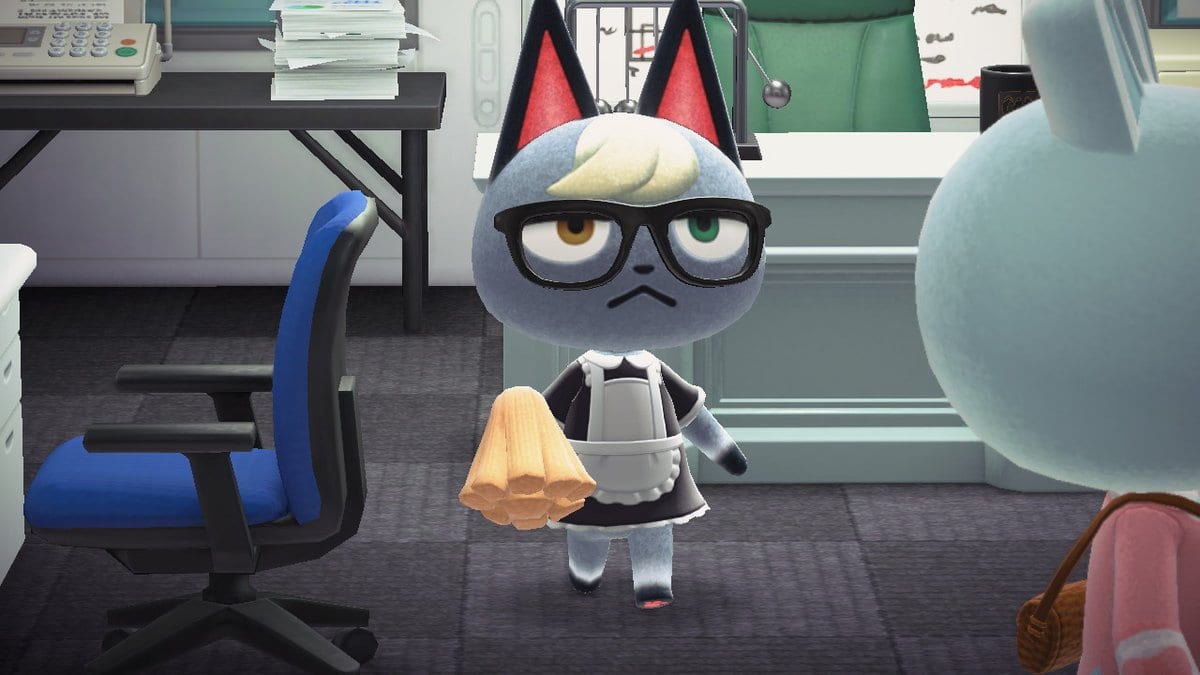 If you’ve been keeping up with the rising trends in the Animal Crossing community, you’re probably well aware that there is a tier list or hierarchy of sorts when it comes to the hundreds of villagers you can invite to stay on your island. You can only have 10 of them on your island at any given point in time, which means that players will inevitably become a little picky about who stays and who goes. And on the top of that tier list is Raymond.

We all know Raymond. He’s one of the new villagers introduced with Pocket Camp and because he doesn’t yet have an amiibo card, he’s easily the rarest and most sought after villager in New Horizons. Players are putting him up for sale at the price of tens of millions of Bells or thousands of Nook Miles Tickets, and you might even find him for sale on eBay for $100 USD.

After going through a rather traumatic experience of saying goodbye to one of my favorite villagers, I found myself with a new housing plot on my island and no one to fill it… yet. After having been exposed to the dark side of Animal Crossing’s villager black market, there was only one villager on my mind: Raymond.

I had tens of thousands of Miles stocked up at this point, I could afford like 40 to 50 mystery island tours to search for Raymond. He’s a cool cat, he has heterochromia, he’s worth a hundred bucks of real cash, I need him. I would never sell him of course, but I wanted him as a trophy. And so, the hunt began.

I’m not sure how many islands I visited in my search for Raymond, but trust me, it was a lot. At the start of my search, I thought, this wasn’t so bad. I could gather up materials while checking out all the villagers Animal Crossing: New Horizons had to offer. I saw some monstrosities, like a couple of rhinos with bangs, and I also saw some cool villagers, like a chicken decked out in a suit of armor.

The chicken really tested me. I’d never seen a chicken in a suit of armor before. His name was Knox and I really wanted him because he was so cool, but was he Raymond-cool? No! And the search continued.

My faith began to waver as I started to come across some villagers I really, really liked. I met Tia, a beautiful elephant themed on a teacup. She had beautiful porcelain skin, she was so soft-spoken and so lovely.

Look at her! She’s so precious! But as precious as Raymond? A cat with different colored eyes and a sassy personality? No! And the search continued.

I visited a thousand other islands and the animals began to blur before my eyes. Then, I met Pekoe, a precious little cub with cute bangs and a beautiful Chinese-style silk dress. My deeply repressed Chinese roots began to nag at me and I wanted so badly to invite her back to my island.

Oh, Pekoe really tested me, believe you me. She would have been perfect on my island, and I would’ve really loved to have this little Mandarin-themed bear around everyday. But I just couldn’t bring myself to invite her over, it had to be Raymond. I’ve already used up like a million Tickets, it has to be Raymond. I left Pekoe behind, knowing I might never see her again in this lifetime.

Another thousand other mystery islands passed me by, I was slowly losing consciousness. When I finally found a villager I was satisfied with, I packed up my tools and belongings and went home satisfied.

I looked back at my haul of items from the mystery island binge: stacks and stacks of wood, hardwood, softwood, stones, iron nuggets, clay, and spare DIY Recipes. It was a good haul; I could easily sell these to other players for Bells, catalog trades, or even more Nook Miles Tickets –my efforts were not all in vain.

I suppose at this point you’re wondering whether I managed to find Raymond in the end. The answer is… no. I came across another villager that I just couldn’t bring myself to leave behind. It was Fauna, the lovely little brown doe with beautiful eyes and a sweet disposition.

When I saw Fauna on the island, I knew I could no longer go on. The search for Raymond had to stop. How many other cute animals must I leave in the void until Raymond is satisfied? How many? No more, I thought, the hunt must end here. Bleary-eyed and slightly delirious, I asked if she would come live on Stardew, and she said yes.

At the end of the day, I told myself that Animal Crossing was a marathon, not a sprint or a binge. Other villagers would leave my island at some point, there would be more chances for me to hunt for Raymond, I didn’t need him right at this very moment. If you keep barreling through mystery islands in search of that one elusive villager, you might find yourself missing out on tons of other great animals that you could end up loving as well.

To this day (yes I know it’s only been a day since my mystery island binge), I still think wistfully of Tia and Pekoe, and what could’ve been if I hadn’t just left them in the dust for some cat. Lesson learned, though, and I’m deeply satisfied with my decision to bring Fauna back with me.

And no, the fact that she’s currently in the top 10 rankings of a villager popularity list definitely has nothing to do with my decision…