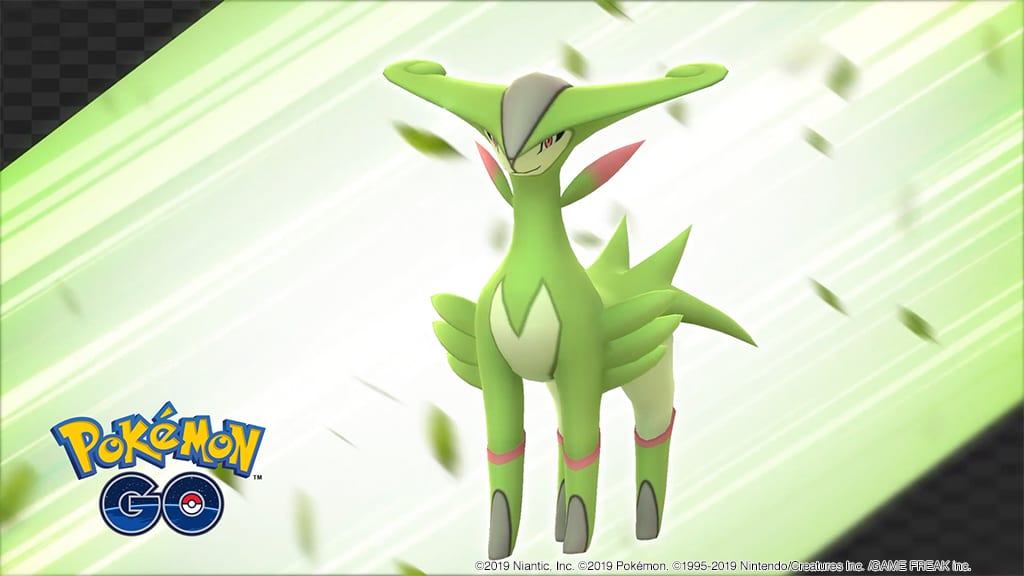 The Grassland Pokemon, Virizion, is pouncing its way into Legendary Raids in Pokemon GO. Here’s everything you need to know about the Virizion raid, stats, counters, and more in Pokemon GO.

Add Virizion to the list of Legendary raids that can be completed by two trainers. It’s Grass/Fighting typing makes it incredibly vulnerable to Flying-type moves. It also takes heavy damage against Fairy, Ice, Fire, Poison, and Psychic-types.

How to Catch Virizion in Pokemon GO

Defeat Virizion and you’ll get the opportunity to catch this Legendary beast. Even though it’s doable with two trainers, you’ll still want to go in there with at least four. As long as you all have solid Flying-types, then this raid shouldn’t be an issue.

As was just mentioned, any strong Flying Pokemon will quite easily handle Virizion. That means this is quite possibly the only time you’ll see Unfeazant as a suggested counter in a Legendary raid. Of course, you can focus on Zirizion’s other weaknesses. You’ll need more trainers to help you out then.

Thanks to the attack boost, Shadow Moltres is the top of the line when it comes to taking on Virizion. Regular Moltres isn’t far behind with the exact same moveset as its evil twin.

The biggest thing you’ll need to look out for with such a Flying-heavy team is Virizion’s Stone Edge. If Pokemon GO doesn’t give you a team of fliers, then it’s very likely that some rocks might be coming your way. Stick with non-Flying counters in that case.

Note: All counters listed are level 35, do not account for the raid boss’ moveset, and have no weather or friend bonuses.

Mewtwo manages to sneak its way in there among the Flying-type attackers with Confusion and Psystrike. Togekiss, Lugia, and Staraptor are also good options, but not good enough to make the top 10 list of counters. Only use them if you don’t have enough of the ‘best’ or ‘good’ options.

Let’s just pull off this band-aid right away, Virizion is pretty useless in PvE and PvP modes. You know there’s a problem when your best quick move is Quick Attack.

The only time when it might be useful is extremely circumstantial. If you need to take on a Fighting-type Pokemon, then Zen Headbutt might come in handy.

The drawbacks are just about everything else. Virizion falls too easily against Flying-types. It will never be able to charge Stone Edge fast enough to use it against any Flying Pokemon.

It doesn’t get any better when you look at how this Legendary fares in raids. Get some friends together and catch one just to fill that spot in your Pokedex.

This is the same problem that we ran into with Suicune. You have a weak Legendary Pokemon with no STAB quick moves. There’s no better way to assure that a mon will be useless than by giving it a shoddy base on which to build.

The charge attacks are considerably better, but Virizion is just too weak to matter in any format. Stone Edge offers good coverage against Fire and Flying-types. That’s just about the only positive when it comes to this Pokemon.

This is the root of the problem when we look at why Virizion is so weak. This Pokemon’s base attack stat is below Abra’s and equal to Stantler. That’s unfortunate since it has decent defense and HP. It could be useable with a better fast attack and a slight attack boost.

Sadly, this Legendary Pokemon is nothing more than another dex filler.

That’s all there is to know about the Virizion raid, stats, counters, and more in Pokemon GO. While you’re here, check out the latest news about the changes coming to Poke Coins as well as our guide on the Johto Throwback Challenge.