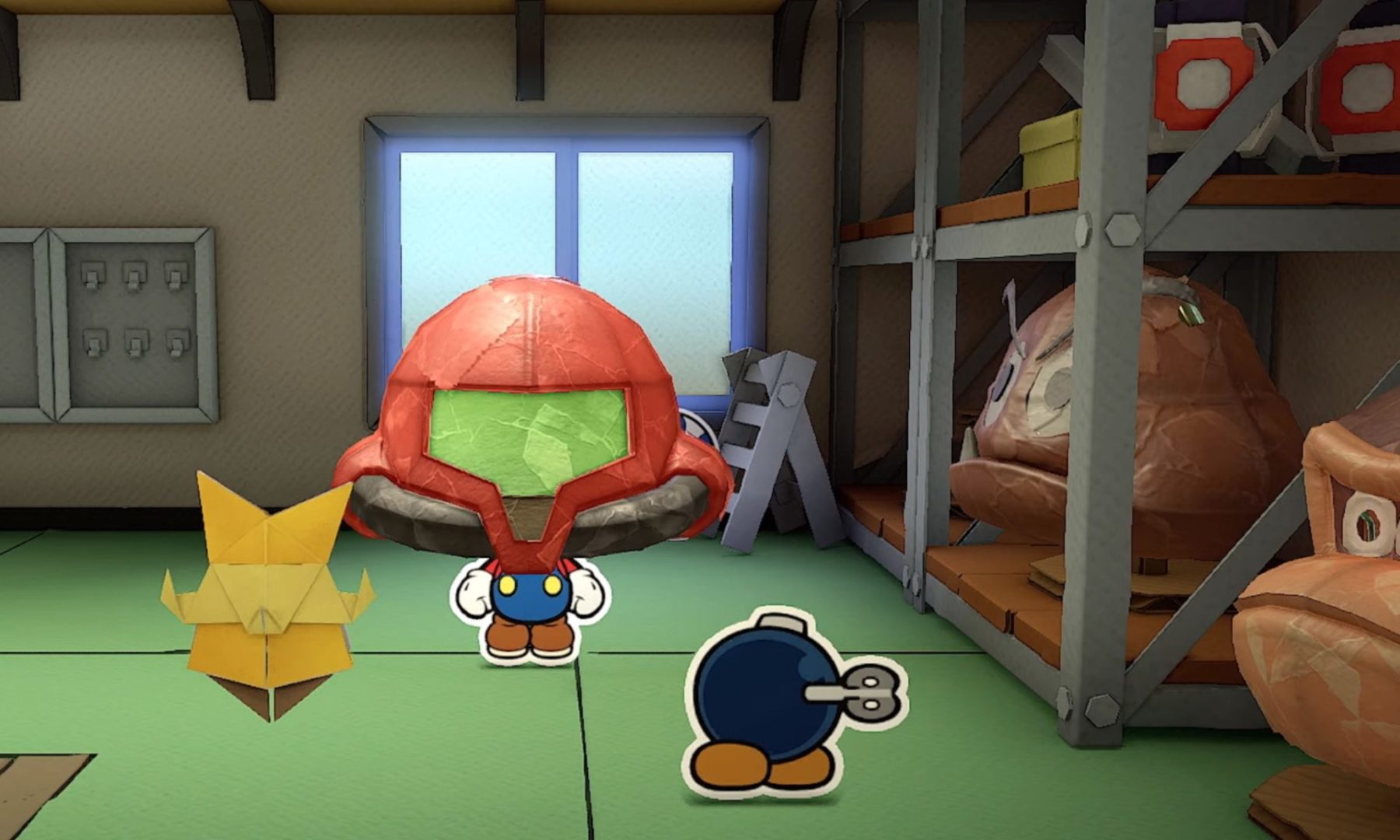 Just this morning, a brand-new Paper Mario title was revealed for the Nintendo Switch via Nintendo’s Twitter account. The latest entry in the long-running RPG series will be the first one to come to Switch and it’s coming sooner than you might think, on July 17.

We dived deep, like super-deep, into the trailer that was released today and came out with 13 very important details and observations that any Paper Mario fan should know about.

The last bit of the trailer gave us Nintendo fans a cameo of Samus’ helmet from Metroid and also a Donkey Kong head for some reason.

This has led folks to go on Twitter to shout out their Metroid hopes and dreams into the gaming void to possibly hear something come back.

People still want that heavily-rumored Metroid Prime Trilogy ported to Switch. Others want another 2D Metroid to come to Switch and of course, people think this could be a tease that Metroid Prime 4 is on the horizon.

What are your thoughts on the Samus cameo? Do you think it’s a fun little tease from the developers or could it possibly mean something much grander?