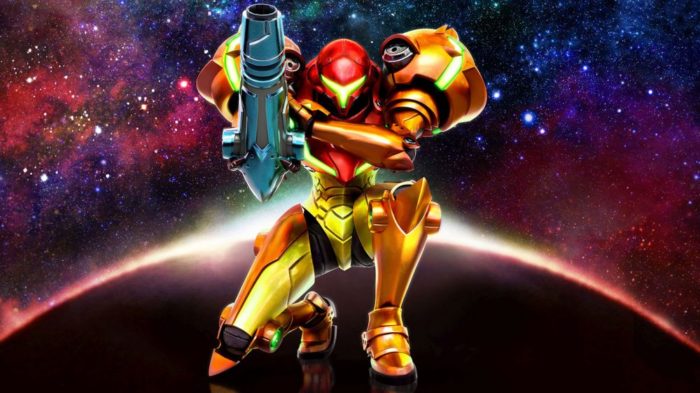 For me, Metroid has always been as synonymous with Nintendo as the likes of Mario and Zelda. As with many fans I’d been hoping for a true return to form for Samus and the series for years, but lost hope as year after year went by without a new 2D Metroid entry. That is until this year with the release of Metroid: Samus Returns, a remake of Metroid II: Return of Samus that, in truth, practically feels like an entirely new game. Samus Returns gave me nearly everything I could have asked for out of a new Metroid, and if it’s a glimpse into the future of Metroid, it’s an exciting one.

While Samus Returns is a remake of Metroid II, the only things that feel the same are the general structure and story. The game starts with Samus returning to the home planet of the Metroids, SR388, to hunt down any of the deadly creatures that remain on the planet. Even with this framework there are new enemies featured in Samus Returns, and the game in general just feels bigger and grander than its original counterpart.

After a short introductory scene, Samus Returns thrusts you right into the action, and explains little about what you’re doing, in traditional Metroid style. Right from the outset the imposing air of danger and mystery hangs over the world of Samus Returns, with tons of ambient sounds and an eerie soundtrack to back everything up.

At its core this is the 2D Metroid you know, letting you move Samus around the map while jumping and shooting among other things. As you go you’ll unlock new abilities like missiles, the morph ball, the Varia Suit, the screw attack, and others that help you progress through the game’s eight areas. If you’ve ever played a Metroid game before, the controls are going to be immediately recognizable to you. Some additions make the experience more streamlined and approachable, like holding down L to free aim Samus’ arm cannon in any direction while she stands still.

This is, of course, a modern addition the series would add later on, much after the release of Metroid II. The biggest gameplay addition comes in the form of a new melee counter that Samus can use as enemies are attacking to stagger and open them up for an attack. A brief flash notes a counterable move, and requires precise timing, but feels satisfying when executed correctly. Controlling Samus just feels silky smooth and incredibly reactive, making it a joy to run around the world and explore.

Outside of all the returning items and abilities, four new “Aeion” abilities are available to Samus, and you’ll unlock each one periodically through the game. These allow you to scan the area revealing portions of the map and breakable blocks, create a damage absorbing shield, rapid fire your arm cannon, or slow down time. The abilities are governed by an Aeion gauge separate from any kind of energy or ammo.

The Aeion abilities can reduce a bit of the challenge the game presents, almost feeling like an exploit at times, but the fact remains that Samus Returns is difficult. Quite a bit more difficult than the original game, especially if you set it to hard mode. Enemies hit hard, really hard, taking away an entire energy meter with one hit in some cases. On top of this, some platforming sections in the game are truly challenging to get through unscathed. None of this feels unfair, but provides a good challenge.

Nothing is more demanding in Samus Returns than the boss battles, though. After a while you’ll get the hang of taking out basic Metroids, but every time the game introduces a new mutated variation of a Metroid it’s a fight to the death. It all comes down to learning attack patterns, and keeping on your toes to make sure you time that jump perfectly, or slip in a missile or two when you get a chance.

Bosses are puzzles in and of themselves at times, requiring unique strategies to take down, especially with the bosses that aren’t Metroids. Never was this more true than with the Diggernaut, a hulking robotic boss entirely new to Samus Returns. This lengthy boss battle had me hitting my head against a wall for a good hour and a half as I tried to get down the trick to each phase, and perfect my dodges and attacks. It sure was frustrating at the time, but after the fact the battle was an absolute blast, and came with a great feeling of achievement for overcoming it. There are more than a few instances like this in Samus Returns, and the boss battles help balance the pace of the game brilliantly.

While exploration is slow, methodical, and even lonely, these boss battles are edge-of-your-seat intense. This shift in tone isn’t jarring, however, as you drift back and forth between a more relaxed mode to an intense one. There’s ample reason to return to past areas in the game to collect missed power ups too, and many are hidden behind smart puzzles that take some time to sit back and think through.

At the same time, the difficulty slowly decreases as you unlock more abilities, to the point that by the end of the game the dynamic has shifted entirely. While you started weak and defenseless, by the final hour you feel like an absolutely unstoppable badass. While the challenge is highly reduced by then, the empowerment the game gives you is an equal trade off.

The only disappointment with difficulty is that you can’t unlock extra hard mode unless you buy the amiibo. It’s unfortunate that anyone looking to up the challenge even more has to go out and drop another $30 on amiibo, especially considering they’re downright impossible to find at the moment.

All of these gameplay elements are backed up by an absolutely stellar presentation, both graphically and soundwise. Samus Returns is easily one of the best looking 3DS games, with crisp graphics and animations. The 2.5D presentation really works for the game, adding an extra dimension that makes Samus and the creatures she faces pop. Backgrounds are absolutely littered with small details like creatures, machines, and bugs making the world feel more vibrant and alive than any other 2D Metroid. The 2.5D also works wonders in boss fights, spinning the camera around for a cinematic view as you pull off a counter move. Samus Return’s soundtrack does a great job at ramping up tension during crucial moments, while boosting up atmosphere during slower exploration. It easily stands up there with the best Metroid soundtracks around.

Mercury Steam clearly knows what makes a Metroid game a Metroid game, and they’ve brought that back on the 3DS while adding in a little bit of variation of their own. It’s been a long time since Samus got the spotlight, and boy is Samus Returns one heck of a way to come back. Don’t let the fact that this is a remake fool you; it’s a fresh experience, and hopefully one that means even more Metroid is on the way.