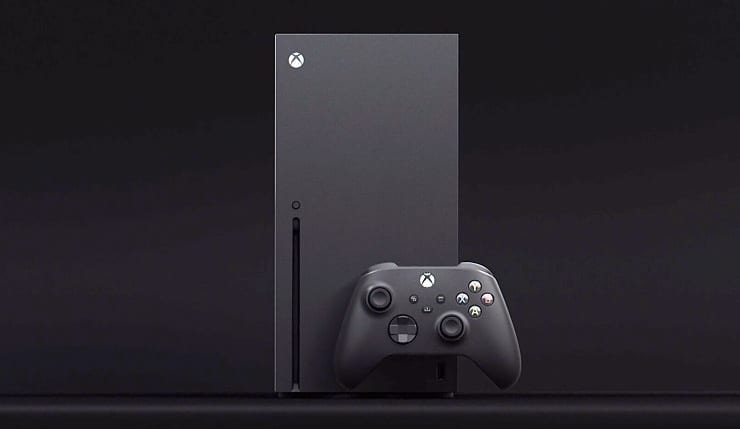 Most people following the current generation of consoles could tell you why the Xbox One isn’t selling as well as PlayStation 4. It’s largely in part because of the lack of memorable first-party titles.

The slate is wiped clean though with a new generation of consoles, but the stereotypes remain until proven otherwise. One could argue that the best way to dispel that pre-conceived notion about Xbox consoles would be to lead with exciting first-party titles that show off the power of the next-generation. That way, Xbox fans would have an instant and firm faith that their next console purchase will be worth the longterm investment.

However, Microsoft/Xbox decided to go down a different path with today’s Inside Xbox. It was announced before any of the third-party gameplay reveals that their Xbox Game Studios partners like Double Fine, Ninja Theory, and Obsidian will be showing off gameplay in July. That was encouraging to hear, but then the next 30 minutes was just nonstop “gameplay.”

We already knew going into today that this Inside Xbox was going to focus on third-party titles. It was a plan that was flawed from the start for the reason above, but Xbox doubled down on this mistake by showing off a slate of games that never came close to screaming: this is next-gen.

Instead, it was a potpourri of fine-looking titles that all looked like they could just be current-gen games.

This isn’t meant to be a hit piece on any games that were shown off today, but rather, the decision to lead with them.

Right now, the Xbox One is still relevant based on almost solely on strong third-party support. Microsoft needs to show Xbox fans that this generation will be different.

The headliner of the event was undoubtedly Assassin’s Creed Valhalla. I was expecting at least a minute or two of actual gameplay for what was supposed to be a gameplay trailer. Instead, it was just more in-engine but cutscene-like footage. Again, it was decent enough but it’s not going to motivate me to buy the game or an Xbox Series X.

While you can’t reliably show off 120hz or 4K gameplay in a livestream, there are other features you can easily showcase. None of these trailers seem to show off what Microsoft has been touting about the Xbox Series X.

One of the biggest upgrades this generation is the switch to internal SSDs for storage. If you’re going to show off gameplay, then it just makes sense to show off how quickly your brand-new SSD can drastically cut load times in a massive game like Assassin’s Creed Vallhalla.

The one trailer that actually felt like I was watching something next-gen was for Bright Memory Infinite. It certainly stood out because it was the first trailer, but also because it was markedly more impressive looking than any other trailer that followed.

When it comes down to it, this Inside Xbox was basically like telling Xbox fans, “Don’t worry, the Series X will have Madden.” Yes, we know there’s going to be great third-party support from both major publishers and indies. It just doesn’t make any sense to make this the first impression people get of games on Xbox Series X.

Finally, the clock is ticking on this head start that Microsoft has over Sony, as the latter has yet to reveal the PS5 or show off any games. This event could have been an incredible way for Microsoft to punctuate all the exciting technical news we’ve heard about the Xbox Series X with exciting gameplay of next-gen, first-party games. Instead, well, we got what we got and for us, it missed its mark.

You can find all the new gameplay trailers from today’s Inside Xbox in the video below: