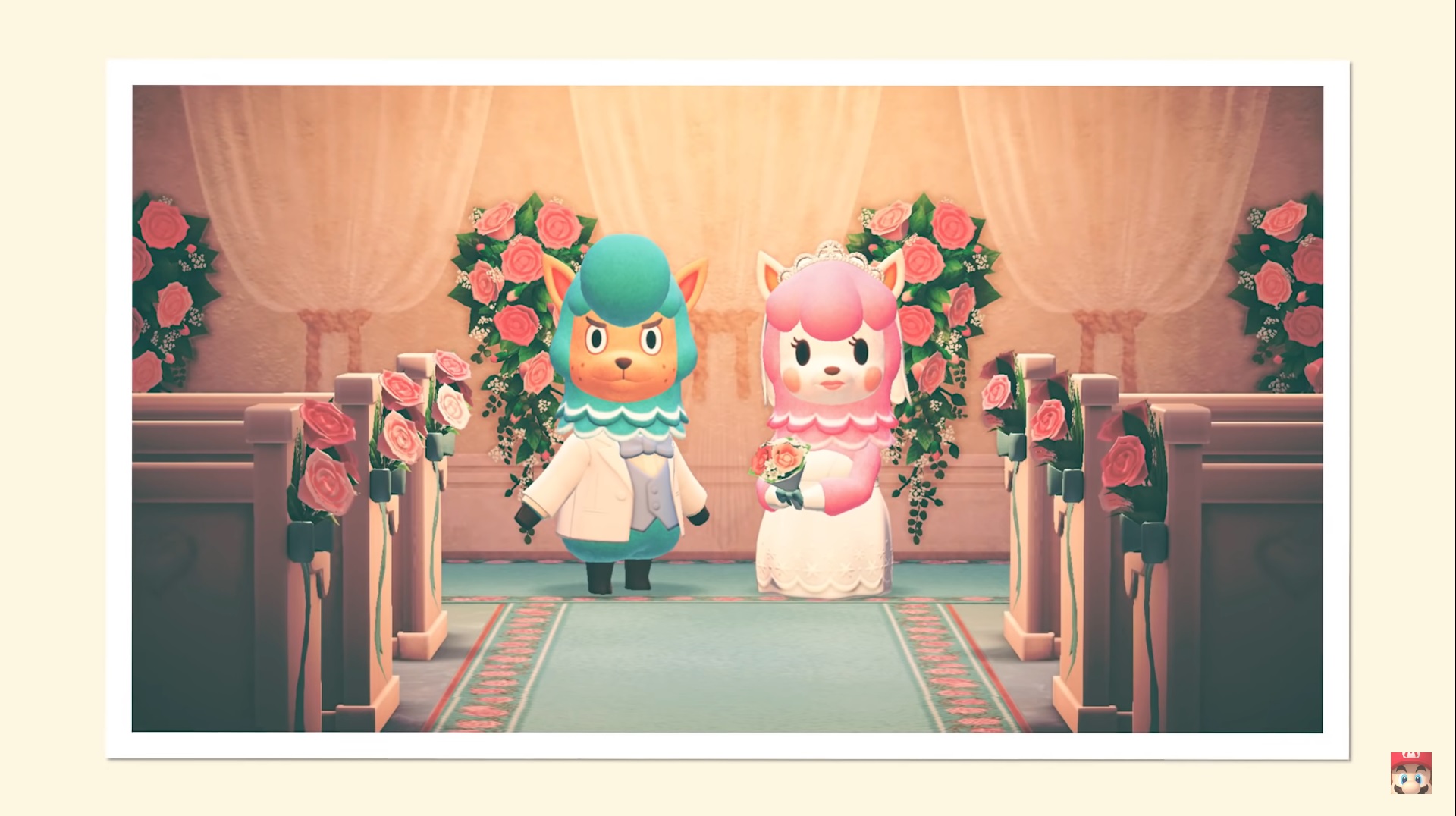 New Horizons’ big April Update teased several new features coming to the game over the course of 2020. And as the weather warms up, apparently so too do the passions of your Animal Crossing villagers! The wedding season brings with it a chance for players to celebrate romantic relationships with a memorable photo. In this Animal Crossing New Horizons Wedding Season guide we’ll breakdown exactly what’s involved.

What to Expect in Animal Crossing New Horizons’ Wedding Season

Put simply, the wedding season is a new event that runs for the whole of June, offering players the chance to travel to Photopia on Harvey’s Island and celebrate the marriage of NPCs with a commemorative picture.

What the Event Is

As for the specifics of the event, we’re a little short on details. From what we can tell, the event is an extension of Harvey’s Photopia photo studio, a feature that was added to the game in a previous update.

Seemingly, you’ll visit Harvey’s Island and watch each ceremony go down before snapping a picture of the lucky couple. You’ll presumably then be able to edit the picture — that’s if the frame showcased in the update’s trailer is anything to go by.

When It Runs From & Until

As previously mentioned, the Wedding Season Event runs for the whole of June. So, from June 1 until June 30 you will have the opportunity to get involved.

How to Take Part in the Wedding Season Event

As for how to take part, beyond obviously needing an internet connection to make sure you can actually download the update, it seems likely you will need to have Harvey actually unlocked.

If you haven’t already done so, you can read our detailed guide on the process. Put simply, though, Harvey the Hippie Dog will arrive on your island once you have completed houses for the first set of new villagers.

Who Reese and Cyrus Are

Two characters the trailer showcased as making their grand return are the Alpacas Reese and Cyrus, who should be familiar to those who have played Animal Crossing New Leaf. It was then that the soon-to-be married couple made their debut running the Re-Tail store.

It’s unclear whether they are to return just for this event or whether they’ll play some role back on the players’ islands.

The rewards you’ll get for taking part in the Wedding Season Event haven’t been made known as yet, but we’re confident there will certainly be some.

At a guess, we’d say you’ll get some sort of wedding-themed reward after you’ve taken a picture and edited it according to the tastes of each couple.

That’s everything we know so far, but we’ll be sure to keep this Animal Crossing New Horizons Wedding Season Guide updated as and when we learn more. For more on the game, Twinfinite’s extensive guide wiki has you covered.