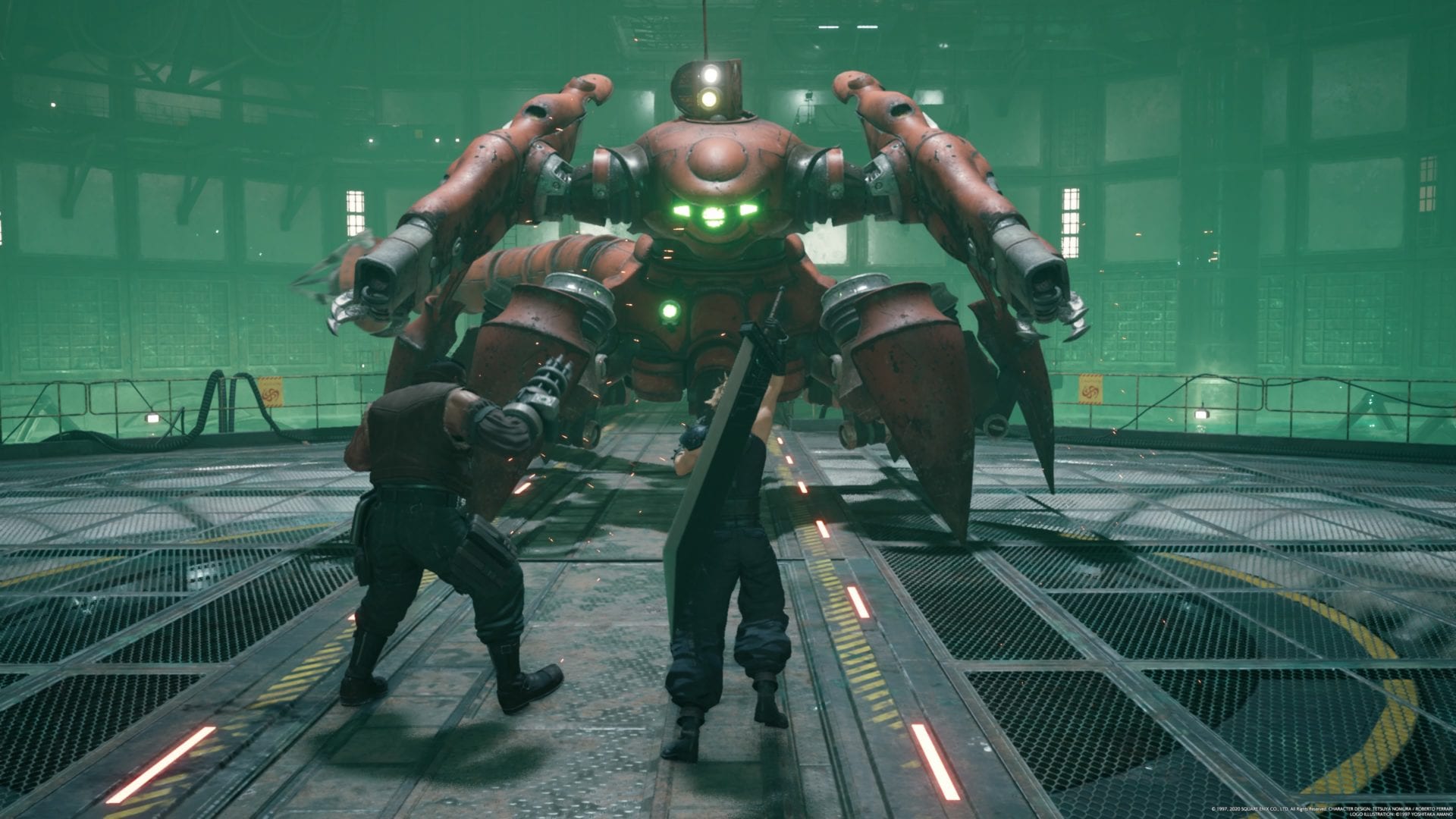 How to Beat Scorpion Sentinel in Final Fantasy 7 Remake

Scorpion Sentinel is an iconic boss from the original game and players of the Final Fantasy 7 Remake demo will no doubt already be familiar with this mechanical monstrosity.

Encountered right at the end of the Mako Reactor 1 bombing mission, Scorpion Sentinel interrupts Cloud and company as they attempt to flee the scene of their industrial sabotage.

The first phase of this fight is fairly straightforward: as Cloud, engage with physical attacks, and be sure to keep an eye out for incoming attacks. The Scorpion Sentinel has a variety of attacks, capable of auto-gunfire, missile salvos and swipes with its armored tail. It is weak to Barret’s Thunder spell, so use it whenever he has a full ATB bar to keep the pressure up, and once it is staggered, unload with Cloud’s Braver and Barrett’s Focused Shot abilities.

After reducing Scorpion Sentinel to 75% health, the second phase will begin with a short scene, and you will find yourself separated from your foe. It will attack with long-range missile salvos, so close the distance as soon as possible.

You will find the boss is now protected by a barrier, and you will be unable to inflict much damage. Switch to Barret, and circle behind the Scorpion Sentinel and you will notice you can now target a different part of the beast, the Field Generator, which is located underneath the base of its tail. Of course, it won’t just let you attack its weak point, so use Barrett’s Steelskin ability to reduce incoming damage and protect him from being staggered.

Once the Field Generator has been destroyed, its back to business as usual; lay into the armored arachnid with Cloud’s physical attacks and use Barrett’s Thunder spell whenever possible to inflict huge damage and take the fight to the next phase.

Phase 3 begins at 50% health, and will see the Scorpion Sentinel brings its fearsome Tail Laser attack to bear, but thankfully, this is quite easy to avoid. I would recommend sticking with Cloud in his Operator stance here, for the added mobility. You will also need to dodge the Scorpion Sentinel’s EM Field attack, which electrifies the ground around it, and getting caught in Punisher mode when this happens can be painful.

As the battle rages, debris will fall from the ceiling, and when you see the boss charging up its Tail Laser, make sure you take cover behind these convenient bulwarks. After it destroys the debris, launch your counterattack, as you will have a clear shot at it. Again, stick to Operator in case it uses its EM Field attack.

Almost there. Once the Scorpion Sentinel is reduced to around 20% health, Phase 4 begins. As your foe is on its last legs, it pulls out a few new tricks to try and turn the tide. This includes a new attack, Overkill, which is a punishing long-range attack that combines both cannon and missile fire. In addition, Sentinel Scorpion will deploy its Auto-Repair capabilities, which will cause it to slowly regenerate its health.

The appropriate counter to these techniques is an all-out frontal assault. As Cloud, close the distance and switch to Punisher mode, and hit it with everything you’ve got. The damage you will deal with full Punisher combos, combined with the occasional Braver when you have the ATB, will easily outpace what it is able to repair. You might even have a Limit Break by this point in the fight, and if so now is the time to use it.

Hold nothing back, and the Scorpion Sentinel will go down in a fiery explosion… but not before destroying the Mako Reactor in the process. Time to mosey on out of here!

That’s everything you need to know on how to beat Scorpion Sentinel in Final Fantasy 7 Remake. For more helpful guides, be sure to check out our ever-expanding guides Wiki.