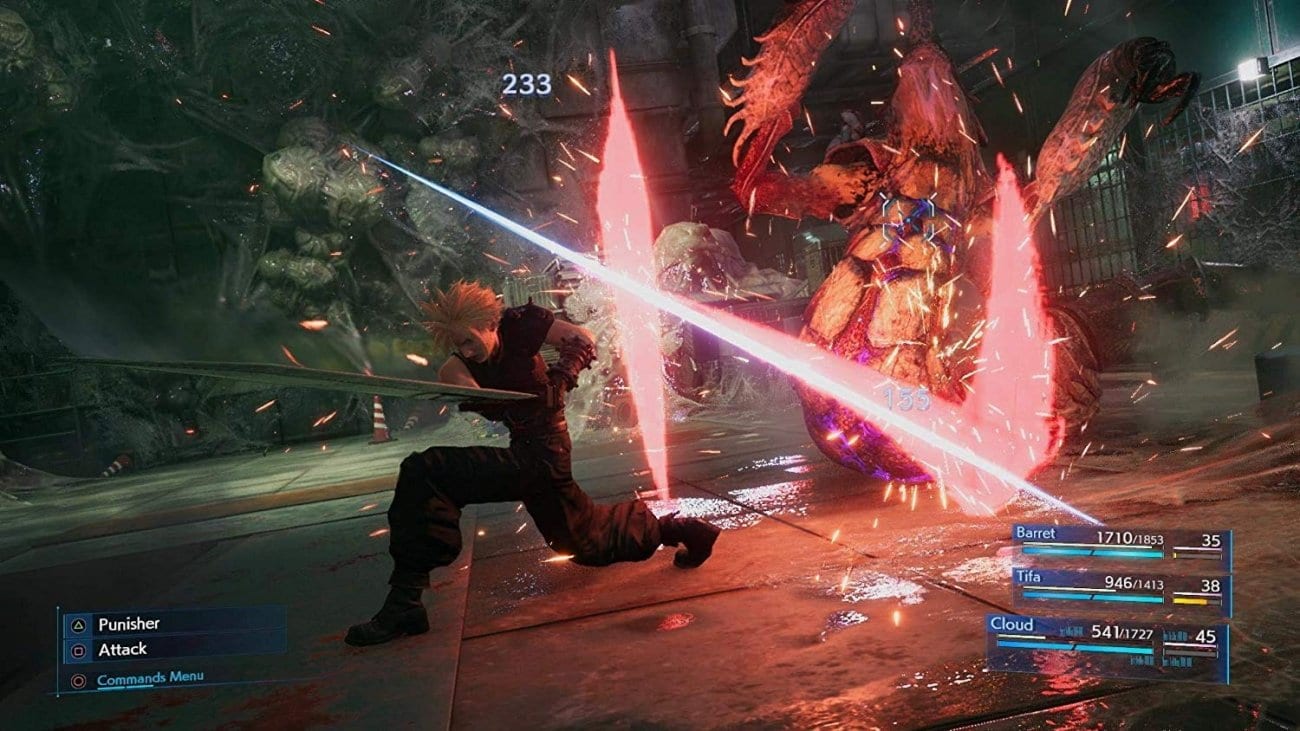 In JRPGs of old, it wasn’t uncommon to find yourself hopelessly under-leveled for certain sections of the game. Final Fantasy 7 Remake does a good job of removing that aspect from the equation, however. It’s been designed so you should avoid having to grind for XP. Still, if you’ve either beelined the story, are struggling against a certain boss, or you’re going for a particular trophy that requires battle intel, you may require somewhere to quickly gain EXP, SP, and AP. Here are the best places to grind in Final Fantasy 7 Remake if that’s the case.

Obviously the locations in the game that reward you with the most XP aren’t accessible until the very end, so here we’re going to list the best places to grind in the early, mid, and late game so that you’ve always got somewhere to level-up.

Before we get started, depending on where you are in the game you will want to make sure you have EXP Up and Gil Up materia equipped. Click on the links for guides on where they are located.

After you’ve played through Final Fantasy 7 Remake’s opening few hours you’ll be arrive at Sector 7 and be given free rein to travel around completing side quests. This is your first chance to stretch the legs and explore, and it’s also your first chance to gain some serious experience to get ahead of the curve.

The location you’ll want to be particular attention to is the Abandoned Talagger Factory. If you’re making an effort to complete each side quest in the area then you’ll visit this location anyway, but the key is to return and keep fighting the enemies like the Gorgers. At this stage of the game, they offer the hardest challenge and the most EXP. Better yet, they continually respawn.

During Chapter 9 you’ll find yourself visiting Don Corneo’s arena Colosseum, where Cloud & Aerith have to impress their skills upon Corneo. You can actually return to this location after the main story quest is done and grind battles against other enemies. This is a great spot to earn EXP, SP, AP, and battle intel for Cloud & Aerith, though you won’t earn any Gil in the process.

Back to the Colosseum once again for this method! In Chapter 15 Cloud, Barret, and Tifa will go “over the wall” and toward Shinra’s HQ. This is obviously a point of no return, so if you want to farm EXP, SP, AP, and battle intel before the game’s final chapters the following location is perfect.

Head to Sector 6 and Corneo’s colosseum. Of course, you’ll actually have visited this area fairly recently as part of Chapter 14’s main story quest, so either head back if that’s the case or keep this in mind if you’re not there yet.

Your party can grind against coliseum competitors in the arena, and they’ll level up pretty quickly as you work through each challenge. One important thing to note is that you can complete these in easy mode and receive the same experience.

For those who have completed Final Fantasy 7 Remake and want to go back in to grind XP and AP for trophies, there’s a run you can in Chapter 16 that is probably the best in the game for this purpose.

After you have completed the game, you will have the option to chapter select. So, load up Chapter 16 and run through the parking lot and toward Shinra’s HQ. It’s the sequence where you encounter security dogs and riot officers.

The idea is that you rinse and repeat this over and over, simply reloading the chapter when you arrive at Shinra’s HQ (the game will auto-save and any experience you have gained carries over).

Importantly, to speed up the process, you want to use weapons with high magic damage and multiple linked materia slots. Equip Fire and Elemental, and have another character use Fire and Magnify. If you have MP Up then also equip this, and bring a *lot* of Ethers.

Anything Fire elemental will destroy each enemy quickly, especially with Elemental and Magnify linked up with Fire. Using Fira and Firaga is pretty much a one-shot-kill.

Rinse and repeat this area with this strategy you’ll be well on your way to hitting the level cap.

Those the best places to grind in Final Fantasy 7 Remake that we have found. For more useful tips and guides on the game, Twinfinite’s wiki page has you covered. You’ll also find potentially helpful relevant content listed below.