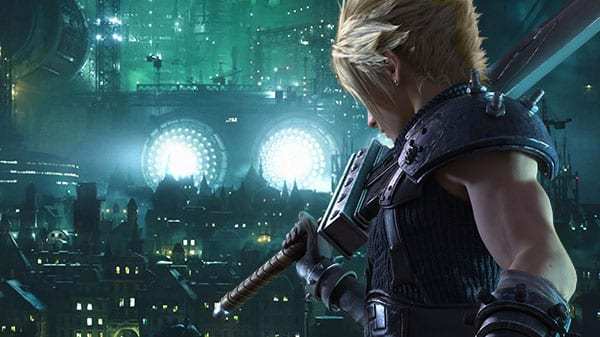 Final Fantasy 7 Remake is finally here. It’s real, it’s in our hands. While there are plenty of familiar story beats, there are also of lots of new experiences too. One such event is the new mini-boss fight versus the Enigmatic Spirit. While not particularly tough, it is different than anything you fought before, and you might be a bit confused how to hurt it. Here’s how you beat the Enigmatic Spirit in Final Fantasy 7 Remake.

The Enigmatic Spirit, as you probably already know by now, is extremely resistant to all forms of damage initially. You can technically plink away at it, but it will take an extremely long time and you’ll run out of resources after a while.

It’s much easier to instead use the intended strategy. Don’t initially focus on the Enigmatic Spirit, instead you need to take out the mysterious sprits that accompany this creepy boss.

When you kill a mysterious spirit, you weaken the Enigmatic, this makes it vulnerable and allows you to more easily pressure and stagger it. Once you’ve made it vulnerable, try to quickly build up the stagger meter by attacking and casting spells.

If you have the time, build up two stacks of Chi on Tifa by using Unbridled Spirit twice before staggering the Enigmatic Spirit and unleash all of her attacks plus Cloud’s Braver attack once it’s staggered. This should quickly bring down its health, and if you have a limit break ready, don’t be afraid to let it loose, you’ll be done with battles for a while after clearing this hurdle.

There’s no major attacks you need to be concerned about. The trick for this battle is just figuring out that you need to kill the lesser spirits first before the boss. Most of its attacks are telegraphed pretty clearly and will hit right in front of it. When you see it preparing something like Impale, just simply evade out of the way before it goes off.

The Enigmatic Spirit will occasionally fly up and rain down attacks from above. They aren’t too hard to dodge and as long as you’re not trying to eat as many attacks from it as you can, you should be fine.

That’s all you need to know for how to beat the Enigmatic Sprit boss in Final Fantasy 7 Remake. For more tips, tricks, features and more, be sure to check out our wiki guide which is complete with common FAQs answered.

Also be sure to check out our fully- cored Final Fantasy 7 Remake review for our thoughts on the highly anticipated title.