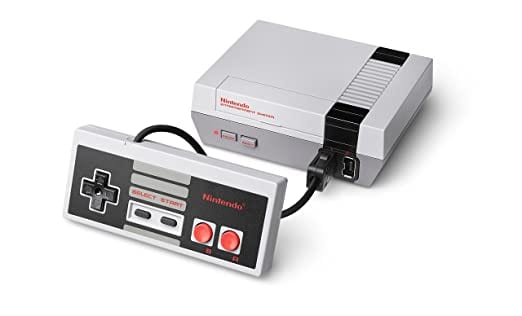 We’re coming up on a new generation of consoles if you can believe it. The PS4 and Xbox One have finally reached the end game and their successors are not far off. While new features and graphics are important, what generally kicks off a console generation are the games.

While we wait to hear what the launch games for the Xbox Series X and the PlayStation 5 will be, let’s look back at some of the best launch day game lineups of all-time.

We’re going to take a look specifically at the U.S. since that’s my personal bread and butter, but perhaps some of my international colleagues here at Twinfinite will feel motivated to look back at Japan and Europe as well.

Note that we’re comparing day one launch day lineups only. We won’t compare features, launch window games, how the console wound up doing in the long term, etc. nothing like that.

In fact, some of the consoles on this list had great launch day lineups, but ultimately for one reason or another, never found long-term success.

What you’re going to find instead, is that a lot of consoles have crappy launch lineups. You won’t find any PlayStation consoles on this list other than the PS Vita for example despite how popular the brand is.

What appears to be more important is how well the console is supported after launch. So while consoles like the PS2 and the PS4 failed to make this list, the first and third-party support they received after the launch is a major reason for their long-term appeal. The first entry on this list is a prime example of exactly this point.

Ah yes… the PS Vita. Vita means life as you know, but what Kaz Hirai failed to tell us back in 2012 is that this life was to be filled with neglect and pain.

While the PS Vita was a failure in the long run and will probably deter Sony from ever making another dedicated handheld console, the launch lineup actually wasn’t too shabby.

Rayman Origins is the standout game here, but games like Plants vs. Zombies and Virtual Tennis 4: World Tour Edition are sneaky good games too that fit the portable platform well.

The problem was that this is where the PS Vita peeked for the most part when it comes to games. There would be a few other notable releases such as Uncharted: Golden Abyss, Modnation Racers, Gravity Rush, Little Deviants, and Killzone: Mercenary but that’s the extent of the early support the PS Vita would receive.

Ironically, despite the lack of JRPGs at launch, the PS Vita would go on to be one of the best consoles for the genre. If only the Persona franchise had the steam it has now, perhaps Persona 4 Golden released a few months later could have moved the needle a bit more.

I don’t think I’m going out on a limb by saying the Xbox One will be remembered as the distant third in this current console generation, assuming we’re forgetting the Wii U ever existed.

It wasn’t a poor launch day lineup though that got the third Xbox console off on the wrong foot. In fact, despite likely being way behind on the PlayStation 4 in sales, and losing the mind share on exclusive games in the long term, the Xbox One had the better launch day lineup, with solid exclusives in Killer Instinct, Peggle 2, Forza Motorsport 5, and Dead Rising 3.

The problem was the botched reveal, one of the worst in gaming history, the higher price point thanks to a Kinect no one wanted, and a deficit in exclusives after launch as compared to the PS4 that persisted throughout the entire generation.

While the Wii U will go down as one of the least successful consoles of all-time, especially since the turn of the new millennium, its launch lineup was quite decent with lots of good games to choose from.

The issue was that while it had a nice mix of ports, third-party, support and some exclusives, it lacked a killer app, and, unfortunately, Nintendo was never able to bail it out. Nintendo Land, while fun, did not come even close to being as popular as Wii Sports.

I promise this isn’t just a list of consoles with great launches but shaky performances in the long term; that’s just how it has broken down so far.

That said though, yes, here’s yet another console launch, the Sega Saturn, that had a solid lineup of launch games but failed to come through.

Off the bat, there are two all-time great games in Panzer Dragoon and Virtua Fighter and was further supplemented by Daytona USA and Clockwork Knight which were fun in their own right.

What the Super Nintendo lacks in quantity it more than made up for in quality. F-Zero and Pilotwings are classic games in their own right but Super Mario World is obviously the crown jewel here.

Arguably one of the greatest games ever made, Super Mario World gave the SNES the foundation it needed to start building the library of great games that it would eventually procure.

The original Xbox was a bold move by Microsoft, entering a console space dominated by two well-known entities in the space, Nintendo and Sony. This is compounded after the failure of the Sega Dreamcast demonstrated that there may not be room for three home consoles.

Microsoft needed the launch lineup to be good enough to entice fans over to their brand and it didn’t disappoint.

It single-handily made the original Xbox a must buy. The launch was further supported by other great titles too including Fusion Frenzy, Tony Hawk’s Pro Skater 2, and Oddworld: Munch’s Oddysee.

Now let’s be honest, a lot of these games were shovelware, but there are a few standouts such as Trauma Center, Red Steel, MUA, and The Legend of Zelda: Twilight Princess and arguably the best launch title of all-time: Wii Sports.

Even The Legend of Zelda: Breath of the Wild, arguably the best game of the last ten years, did not set the world on fire as Wii Sports did. It introduced gaming to so many people that had never held a controller before and it alone cements the Wii’s launch lineup as one of the best in video game history.

Nintendo learned the hard way after the launch of the Wii U that you either need to have a gimmick that can sell like the Wii’s motion controls or you need a killer app game to drive up early console sales. The Switch went full throttle on both fronts.

Not only is it the first truly portable home console, but it also had that killer app: The Legend of Zelda: Breath of the Wild which, like Super Mario World, Super Mario 64, and Wii Sports, drove early sales and allowed Nintendo to feel secure that they didn’t have another Wii U debacle on their hands.

I pour one out for the Dreamcast every year on 9/9. Although the system was doomed to fail, it still came heavy to the U.S. with one of the best console launch day game lineups of all-time.

If you’re a fighting game fan the Dreamcast was just comically loaded with incredible games including Power Stone, Mortal Kombat, and the legendary Soul Calibur.

Racing game fans had plenty to choose from as well with my personal favorite being Tokyo Extreme Racer. And unlike the Saturn, the Dreamcast made sure to come ready with a Sonic game in hand this time as well, with Sonic Adventure marking the Blue Blur’s first foray into 3D platforming.

How could the Dreamcast fail with a lineup like this and launch window games which included excellent JRPGs like Skies of Arcadia and Grandia II? Compare the U.S. launch with the Japanese launch and you’ll see why.

Finally we land at the top spot, the OG of all OG consoles: the Nintendo Entertainment System better known as the NES. The reason a (then) small Japanese company like Nintendo is now one of the most recognizable brands in the entire world is largely thanks to this murderer’s row of excellent launch games.

While sure, by today’s standards games like Golf, Hogan’s Alley, and Kung Fu don’t hold up all that great, but in the 80s and 90s, they were mind-blowing.

Not to mention plenty of games like Duck Hunt, Ice Climber, and of course the legendary Super Mario Bros. all hold up quite well even today and became iconic franchises for Nintendo.

If Nintendo botched this launch, who knows where it would be now, but it’s a moot point because it came through with the best launch day lineup of all-time for one of the most successful and iconic consoles ever, setting the stage for the rest of Nintendo history, making it an easy choice for number one on our list.