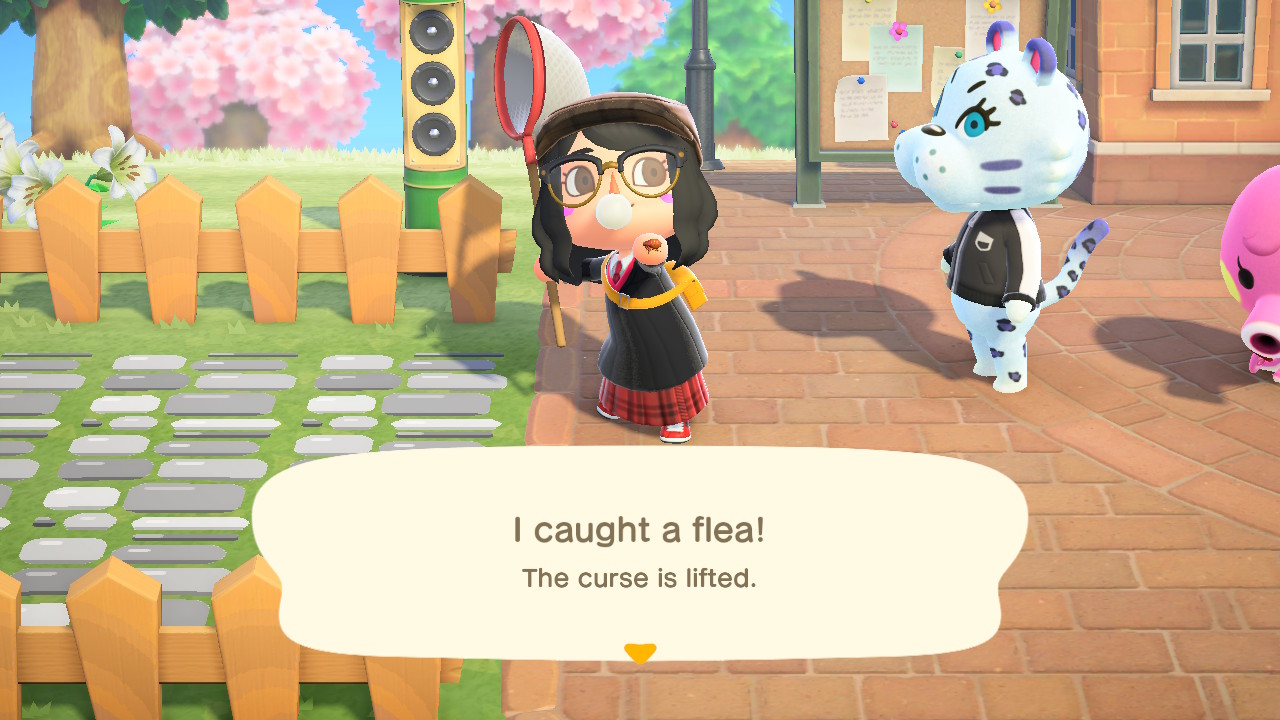 Where to Find Fleas

Most other bugs in Animal Crossing New Horizons can be found out in nature, whether they’re flying around, burrowing in the dirt, or resting on flowers. Fleas, however, are unique among New Horizons’ bugs, because they’re not found out in the wild – they’re found on your furry friends instead.

Occasionally while playing, some of your villagers might randomly get fleas themselves. There are a few ways to tell which of your pals have the little buggers on them. One is that you can actually see the infestation if you look close, as tiny little pixels will be hopping off the villager in question, with minor sound effects to boot. Additionally, their expression might be different, annoyed by their insect-based predicament.

A second, easier way to tell is based on their dialogue – villagers will complain when they’re being bitten on, and the unique catchphrase each villager has gets replaced with itch-related ones when they’ve got the bug. So just talk to your villagers regularly, and if anyone ends their lines with an “itchy” or something similar, you’ve got your target.

How to Catch Fleas in Animal Crossing New Horizons

Animal Crossing New Horizons’ fleas aren’t around all year – only for a few specific months depending on your hemisphere. In the Northern Hemisphere, you’ll find them pestering villagers from April through November, and in the Southern Hemisphere, they’re active from October to May. They’re active all hours of the day though, so you’ll have plenty of time during those months to snag one.

Actually catching the fleas is a snap though. Just ready your net and bop the flea-riddled villager with it to catch your nasty little prize. Normally, players usually do this to bother villagers they dislike, but here, your villager will thank you for freeing them from their itchy curse.

And that’s all you need to know about how to catch fleas in Animal Crossing New Horizons.

All that’s left to do once you’ve caught your flea is to take it over to Blathers for a donation he’s sure to dread, or to the Nooklings for a tidy profit. Either way, make sure to stay tuned to Twinfinite for more guides on bug-catching and everything else in Animal Crossing: New Horizons.